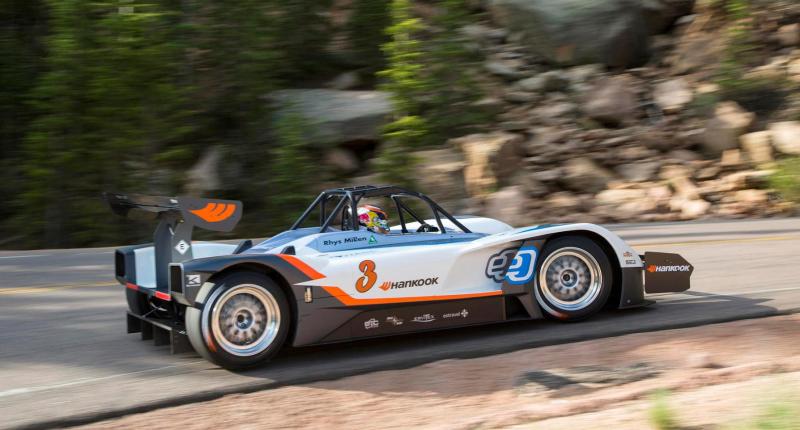 One of the more exciting annual events in motor-sports is the Pikes Peak International Hillclimb.

2015 may be a special year for the event, because there is a good chance of witnessing electric car winning in overall standings for the first time in the 93 year history of Pikes Peak.

The man behind the wheel and in control of all this electric power and torque is none other than professional rally driver and drifter Rhys Millen - the same Rhys Millen, who beat the 2-wheel drive Pikes Peak record with Hyundai Genesis Formula D car.

Last year electric car Mitsubishi Miev Evolution III came within few seconds of winning the overall classification. Due to low oxygen levels, combustion engines tend to loose power at high altitude. It is only a question of time when electric cars will begin to dominate events like this, and 2015 may be the year that marks the beginning of an electric era for Pikes Peak International Hillclimb.

Me 3 years ago: “I can bet you, the upcoming years are going to see faster and faster electric cars. It’s a fact”

Today: the Electric VW ID R just destroyed the record done by Sebastian Loeb and his T16 by 15 seconds. A record that many thought would NEVER be beaten. This car only had 680hp. Electric cars of the future are going to have way more power 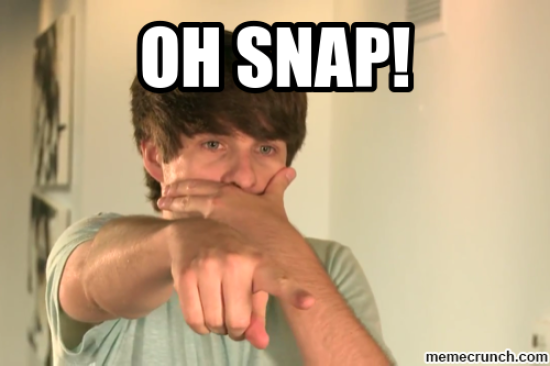 You talling to me? You talking to me? Hahahahahaha!!!! I think you are making a bit too tragic out of it, it is true that I'm allergic to people that are slant in their viewpoints, but I'm used to due my job.
Have a nice day!!

@BR2+
people with biggest mouths and insults have insecurity issues. most importantly, you cannot get punched writing lines in front of a Screen. Imagine if you were coming up to dudes in the street saying: ''you fukkin moron, you dont even know how many BHP, HP or sukk my pee your car has. BANG. a nice crisp left hook to the chin.

I've been having some tough time after my twin Boys were Born, which explains slightly aggressive comments.

Im at peace with erybody, Erybody most of the time is way to serious, And im not.

Although there was this time saxy tried to give me some candy......

And i think Shaggy wanted me to go for a ride in his Suzuki Cappuccino....

I also would like to make peace with you BR2+. Random, but why are we dissing eachother about those things ? Frustration, Anger, anxiety **** knows but Society puts us behind those Screens to Insult eachother.

And you, Fastestlaps founder pretending to ban trolling anonymous guys, you are pretending to protect members from insulting eachother , but you only benefit from that.

Sorry BR2+ for having insulted you.

How much would you sell your trashsite for ? I'm willing to buy it ..

Muahahaha!!! can you read few posts below? I let to you the mathematics for a difference over 20 km race with the difference of 14 years of development. .
Ah sorry, is too fuk..g complicated....

Stop BSing how a theoretical car could beat the record. Of course it will. But is it going to happen? Talk to me when that happens. Because I can bet you, the upcoming years are going to see faster and faster electric cars. It's fact.

If it's so effing easy to beat the T16, why is it so much faster than anything that has tried to go up?

The T16 is not slower than a F1 car up to 200kph. And is faster than an F1 car through tight uphill hairpins because of the AWD. And definitely has the advantage at altitude. And I think you don't realize a 2015 F1 car won't necessarily be faster than the T16 and a 2012 F1 car would certainly not, nor would Schumachers F2004.

The T16 will never be as fast as a F1 car on a normal track at normal altitude. But the 3 seconds you mentioned is exaggerated by the fact that the T16 is geared onto to 155mph and is reached. During its goodwood run, it was actually slower than an effing nascar because it was left hitting the limiter. On the peaks, there were only a couple times it hit the limiter.

Man, this climb is like 4 laps of a normal F1 circuit, the reliability for a 8 min race is easy to achieve even with a 1000hp/l specific power....reliability for such power was an issue 30 YEARS AGO!!!the only right thing you said is that is just not worth the budget and commercial value.
I quote:“We needed a project that was cheap, fast to implement, and would maximise media coverage to show that we were still in motorsport,” explains Peugeot Sport boss Bruno Famin.All I want to say is that T16 record can be EASILY lowered (and probably by more than a minute) by a higher performance ICE/hybrid car like a modern F1. Just to give you a short comparison, the goodwood hillclimb record is held by 1999 McLaren F1, which is still 3 sec faster of what the T16 has achieved over the same course of 41.6 seconds, I let to you the mathematics for a difference over 20 km race with the difference of 14 years of development.

yeah... lol turbo engines of the 80s... and saying that I'm an idiot to say engines and gearboxes were meant to last 1 race?

I quote: " By the midpoint of 1985, every competing team had a turbocharged engine in their car. And by 1986, the power figures were becoming quite crazy- all of the engines had unrestricted turbo boost in qualifying, where they were developing 1,350+ hp at 5.5 bar boost (80 psi). These engines and gearboxes would only last about 2 - 3 laps, and for the race, the turbocharger's boost was restricted to ensure engine reliability; but the engines still produced 950 - 1000 hp during the race."

I'm pretty sure Nobody would be so daft to use an ancient unreliable turbo engine and go... oops, engine fail, gotta wait for next year. How many engines would you need for backup for all the tests and runs?

And mind you, a current Mercedes turbo F1 engine would probably be much more drivable. yes you had 1000+hp before but they would come in lumps. cars were often found to race faster at lower boost pressure due to better drivability.

And again, I wasn't the one who said you can build an electric car to be faster than a X1 Prototype. You're the only one going on about cars beyond current F1 standards, talking about even lighter engines, gearboxes, etc. And I was just talking about ALL the competitive ICE powered race cars that have gone up this hill.

You resemble the tipical idiot that pretends to know everything but it is just a pipsqueack that contraddicts himself continuosly
Just an ignorant would say:ICE tech has already reached max levels and have little to gain..... But take any 800+hp combustion engine and gear box, it'll be easily 300kg as well.....Where the hell do you find a 1000hp F1 turbo technology engine? It doesn't even exist......An F1 gearbox designed to last only 1 race...........stop using old ancient F1 durability as the standard......,and at the end YOU said:"so that means it IS possible to make an electric car with that power and that little weight"wich is obviously NOT.
wtf man dont get upset but you comments are yust a pile of crap, who reads this can judge who is the moron.
Byebye

Sorry dude. You're a moron. The T16 is NOT the fastest car in the world. It simply is the fastest machine that can go up this hill that's ever made.

No point of talking about X1 prototypes that haven't been made. And btw, the T16 DOES hold the lap record by a long way and is the car to beat.

What's your problem? If you can modify an F1 car to become AWD fitted with a turbo engine, add traction control, ABS etc to go up this hill, go ahead. I bet you it wouldn't happen. Just not worth the budget and commercial value.

On the other hand, battery tech is improving without anyone investing in a single penny. And huge power is easily accessible. It's just about weight. And that's exactly what this article is getting at. Like you said, ICE tech has already reached max levels and have little to gain.

An electric car did win this year right? Even though the car ran mostly with half power and FWD only.

So this is your colleague? wasn't this guy a scammer back in a day? ...

I would look at how much each costs. If CSL is super excluse / ...

Unlike the GT, its indirect successor will be a series-production super-GT https://carbuzz.com/news/the-ford-thunderbird-may-return-as-a-corvette-fighting-sportscar

Without them? The numbers? In hell! LOL!