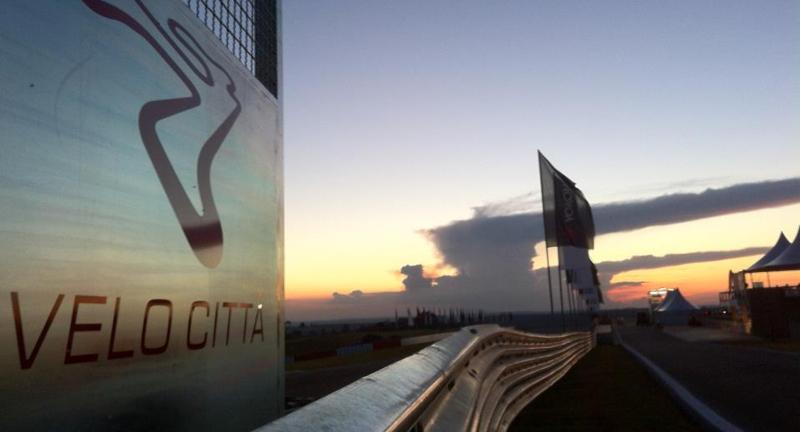 Velo Citta is a purpose-built, FIA-certified racing venue in Brazil. It is used as testing grounds for Brazilian automotive show "Acelerados". One of the presenters and the man responsible for all Velo Citta times is Brazilian racing driver, former Ferrari F1 pilot Rubens Barichello, who is no stranger to racing street cars against stopwatch, having previously held TopGear "star in reasonably priced car" record.

Acelerados use a special 1.68 kilometer layout of the Velo Citta circuit.

Thanks to Thiago_Lins and 196ss for suggesting these tracks!

SSC claims back worlds fastest prodiction car title, and all the drama surrounding it 40

with production cars there should be no mention of any engine OVERHEAT or Camber problems. Are we back in the 80s ? Ah, American cars ok .. lol

Some of that can be explained by the altitude and the nature of straight lines on this track. A N/A cayman GT4 is gonna lose out on a track like this.

The Z06... Ouch. 3 seconds slower than the speciale. Perhaps it had a repeat of the motortrend test. Engine overheat or tire camber problem...

Meh could be a bunch of different things, It is Top Gear after all...

I hate to say this. But those lap times are obviously not objective. And they wanted to make look some cars faster than others that everyone knows they are not quicker. Z07 can definetly out pace all the cars there with the right driver, and this is not a personal opinion. Other European magazines have publish some epic lap times for the Vette

All those laps seem just a bit, Out of place for the most part, But then again, Driver, And or standing start conditions etc, Theres a bunch of factors.

The AMG GTS was faster than the Z06? Wow! I expected it more in the range of the GT4.

The Motortrend Figure-8 is explained in this video:
www.youtube.com/watch?v=50ebNYhnGPQ
You could calculate the length from that.

Also a interesting data sheet mentioned in the describtion:
http://goo.gl/yLZnv

If you decide to add Autoexpress times, you can leave all fields blank (except time, car and track of course). I will fill them in one go (they all have same reference).

Here is another HUGE number of laptimes from a track called Kakucs Ring, There even videos on Youtube from the drivers doing the laptimes, Its called Garazs Tv, And there are 80 Laptimes to be added!

Different Blyton Park circuit, The one that AutoCar uses is different then the one we have listed, 48 Additional laptimes can be added.

MotorTrends figure 8, There are a TON of laptimes for this, Over 200 Laptimes to be added.

And one called Circuit De La Ferté Gaucher, With an additional 44+ Laptimes.

So all in all you would be looking at maybe around 400+ or so new laptimes to add.

damn... considering F1 cars are going in the 1:08s which is like the shortest laptime on the calendar, it feels ridiculous to know that the fastest road legal car to go around it is over 55% slower. That means an F1 car can lap the fastest production car twice before that car can finish its 2nd lap.

For me its the "A1" Austrian Grand Prix ring that I remember from years ago and the good old v12/v10 F1 era.

Angelo, send to "riils at yahoo.com".