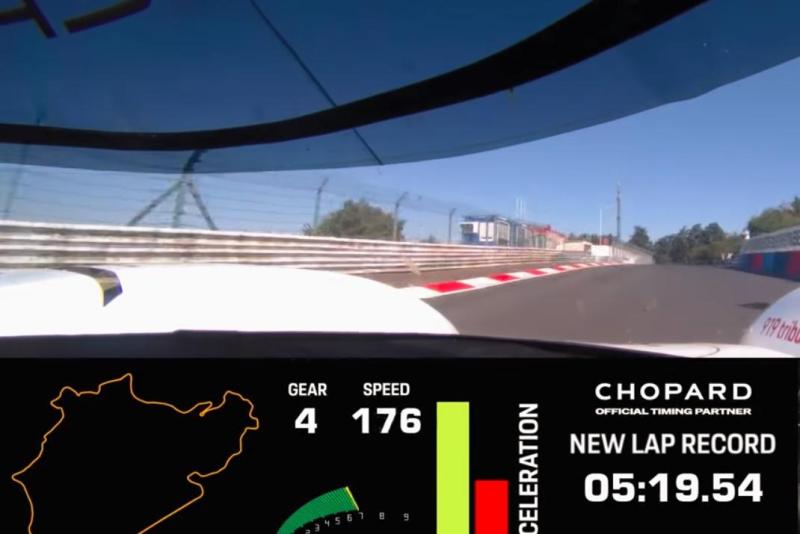 Porsche are at it again - the retired 919 LMP1 race car comes out of retirement once again, this time at the esteemed Nürburgring Nordschleife circuit.

Nürburgring is best known for road car testing, but there have been race car laptime attempts and racing series running the same 20 km course - notably the 6:11 lap record by Stefan Bellof and Porsche 956C.

Today, 35 years later, it is another Le Mans Porsche to take the absolute lap record to new heights, probably never to beaten for another decade or three.

The 919 running at the Nürburgring was the same one-off unrestricted "EVO" variant, which Porsche specifically created for beating long established track records in places like Spa or Nürburgring.

In Spa the 919 EVO was up against much tougher competition - the current era Formula 1 cars, while the 20km Nürburgring Nordschleife is not considered "safe" for world's fastest racecars and the only competition was "ancient" Group C cars and large assortment of increasingly fast road legal supercars.

Simply incredible. The 919 Hybrid Evo is currently the most impressive racecar on the planet. Porsche just destroyed Hamiltons world-record on Spa with a 1:41.71 min. lap and now they set the new world-record on the Nürburgring with 5:19.55 min.! Porsche simply knows how to do it.

where are the mclaren fangays now claiming that the lanzante p1 shit will claim the nurburgring record?

"Bernhard wasn’t entirely sure why Porsche selected him to attempt the record for the most famous lap on earth when we spoke last night at a dinner Porsche arranged for the media, however, I’d imagine his five Nürburgring 24 Hours wins didn’t hurt."...."off the shelf test driver"!!! LOL

ooooh another por-shee video with their typical stock car and off the shelf test driver that has no clue about the cars features and the track, großartig!

Imagine what a top fuel draggy would do

You can see that most of the lap he wasn’t even using the big battery boost. Once he did the acceleration would go crazy. Definitely had more to give but was taking it semi-safe

They're manufacturing, at some point an upgraded version later this year. It's one of ...