7 Alpina to BMW: I'm all yours 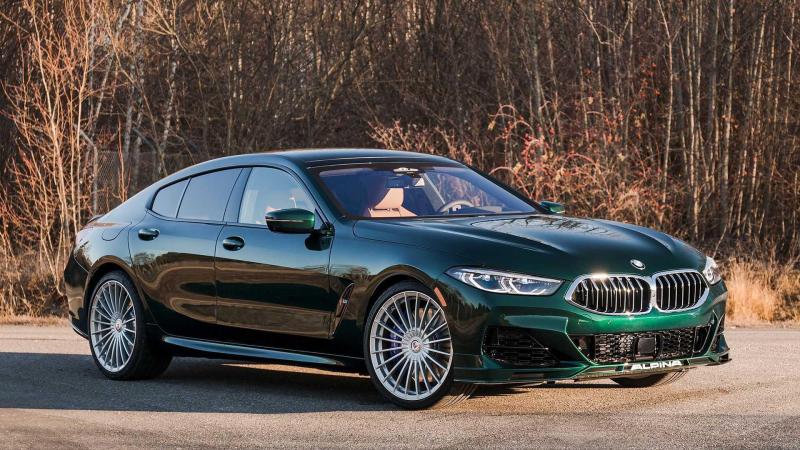 You see, I knew this was going to happen. Three decades ago, AMG was bought by Mercedes-Benz, nowadays, AMG is a rival to BMW M, even if "M" was and is only a division, as opposed to AMG which is an entire sub-brand of Mercedes - a sub-division which tunes everything except for MPVs and Sprinter vans.

Today Alpina was bought by BMW. Having a performance division is the automotive equivalent to marrying a romantic partner. In BMW's case, two partners is greater than one - its competitors all have one (technically, S and RS are divisions under the Sport umbrella of Audi, and R and Turbo are VW's other divisions for different brands).

Alpina is like Brabus or Ruf, but without the over-modification of car performance. Considering that Alpina is now a BMW division, it may as well adopt the same 250-310kph speed limiters as the rest of BMWs, including the M cars. Only M will now be a middle-ground brand like S and lower-end AMG.

EDIT: VW also has CUPRA under SEAT, and BMW also has John Cooper Works under MINI.

Yeah, not a fan of this. Alpina had this special vibe as it wasn't a mainstream manufacturer. Now it's BMW and will probably have to lose some of its special quirks that differentiated it from the mainstream.

///M will be more of a high-end performance brand competing in the middle-ground pricing bracket from now on. Kind of like Chrysler's SRT or Lexus's F; not exactly track-oriented, not exactly expensive, but still kings and queens of the middle-ground pricing bracket. I see that the BMW M5/M8 is becoming even more and more of a German Hellcat, and much less of a luxurious family supercar.

Of course ///M will start building the X8 SUV, but an Alpina version will absolutely haunt likes of the Exotica SUVs from Lamborghini, Ferrari, Maserati, Aston Martin, and of course, top-of-the-line hybrid AMG.

Alpina is the real AMG competitor. To be fair, both were the German SRT during the Bangle Butt and DaimlerChrysler era.

Alpina is the definitive way to buy a new BMW. They're not sports cars, and there's no reason to push 2 tons of weight through tight turns even if they're good at it.
The top speed may only be useful on the Autobahn (and when you have enough money for fuel which is SKYROCKETING rn) but it's still a nice thing to have.
The BMW for people who prefer them more stylish, more elegant.

It also sounds sexier than AMG.😉

I actually don't like this endless consolidation. One less independent, small company in car business...

But here's the GOOD thing about those high-performance B7 and XB7 full-size vehicles; they are OFFICIALLY the flagship performance cars of the lineup, bar the M8 super-GT.

NOW they can FINALLY be recognized as the OFFICIAL competitors to the highest-end AMG versions of the S-Class and GLS-Class full-size vehicles. An Alpina version of the M8 Competition will rival the AMG GT Black Series and the AMG SL73e.

He's taken a few cars over the years from what I know. I believe ...

According to stradman'a videos an SVJ has done around 218 there some 2-3 years ...

Hostboy was a car historian and worked for Dodge/Chrysler/Fiat/Nissan/Zagato. You are ...

Thats like saying if the laferrari didn’t have electric motors it wouldnt be a ...

i'm curious to why they made the race car 4.2L. Since power is already ...