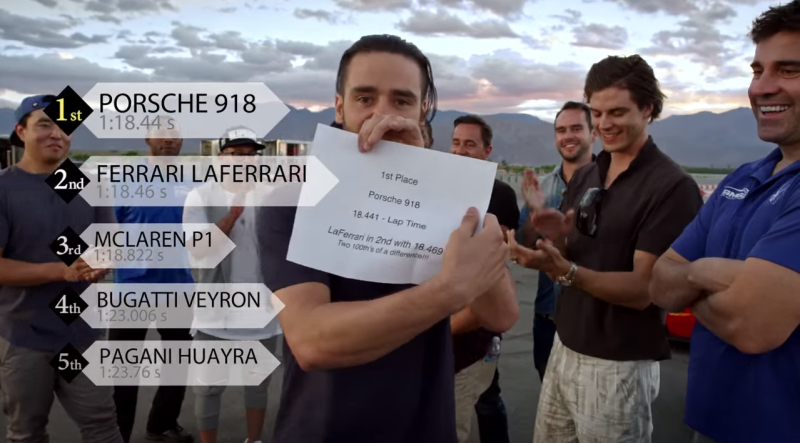 Today there is yet another test, this time from United States, and, in addition to the usual suspects - Porsche 918 Spyder, Ferrari LaFerrari and McLaren P1, it also involves two extra combatants - Bugatti Veyron Supersport and Pagani Huayra to make it a 5-way track and dragracing competition.

This test, called "Hyper 5", was realization of a dream by American entrepreneur Alejandro Salomon. Most of the cars in this test he owns himself. Track driving duties he outsourced to James Sofronas - racing driver and president of race car engineering company GMG Racing, which, curiously, specializes in Porsche racing cars.

Hyper 5 was hosted by Thermal Club Raceway in Coachella Valley, Southern California. Needless to say, we have a new road car record for this track.

Click here to watch the Part 1, Part 2 and Part 3 of the Hyper 5. Here are the laptimes: