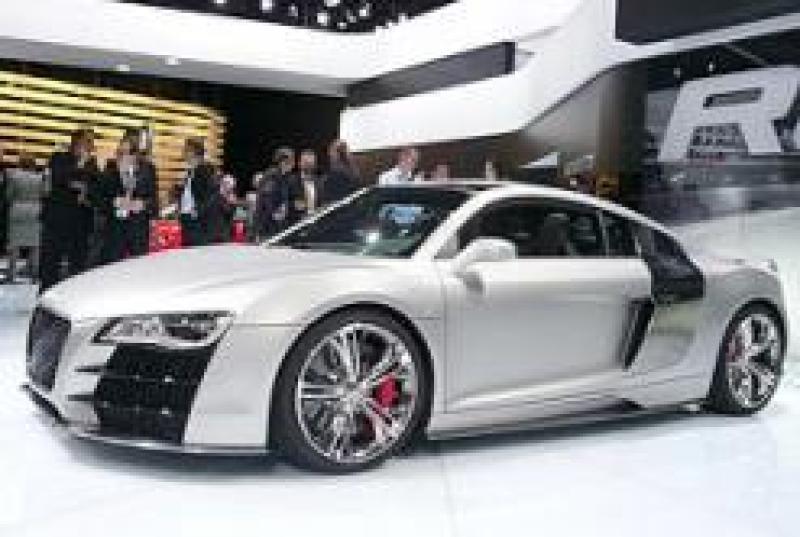 Auto Express magaizine in the UK have a feature drive of the new V12 Diesel R8...

It's one of the world's sexiest cars - and now the Audi R8 is even more special. Because beating beneath the dramatic rear glass cover of this version is a diesel engine! The 6.0-litre V12 isn't just one of the fastest oil-burners the firm has ever built - it means the R8 is the quickest, most powerful car of its type on the planet, too.

14y ago by FastestLaps 1k

Since never. But Audi did make a very convincing prototype with the giant V12 turbodiesel from Q7 V12. They were ready to bring this car to production - it would have been the coolest diesel car in human history.

Today the V12 is discontinued. But there is more efficient diesel V8 and the obvious possibility of petrol V8 (4 liter twin turbo) for Mk II R8.

Diesel will never happen, but petrol turbo R8 would be killer. I am sure the R8 model line will outlive the naturally aspirated V10 and V8TT R8 will be reality sooner than you think.

I think the problem is that Audi/Bently V8 turbo is not designed for mid-engine layout. If Audi make a mid-engine adoption, they will most likely deploy it in Huracan (or it's future replacement) as well, otherwise it would be only one car using it.

it's the most overpriced ricer to come out of japan with lap times that go back 10 years to cars with zero techs the nsx has today lolololol.

its not dissapointing that was an estimate, but this certain car has ben clocked at 3.7 secs to 60mph. although i wish they had passed o the looks from this to the V10 version:(

Very dissapointed in 0-60 time as this cars power and torque should propel this car to sub 3.5 0-60.

in my opinion the shouldnt use a v12..they should use a v10 because not many cars this day and age use v10 and i would like to see more of them. i personally dont like v10s but more would be cool im thinkin a 5.2l v10 tt in this baby 535 bhp 500 tq hell yeahh..lol

The V12 is not dead... currently Audi is examining if they can build their midengine DSG tranny able to deal with 1000Nm for a acceptable price or not. If the 1000Nm DSG gets green light the V12 TDI will most likely go in production. If the 1000Nm DSG gets green light it become the standart tranny for all current and future Vlokswagen midengine cars... Gallardo, Murcielago, R8 and possible Porsche Bugatti midengine cars..

It's on the news that Audi will be releasing petrol V10 version (~520 hp) of R8 later this year. No diesel car, I am afraid.

The UK Motoring press think it will definately go into production....

Auto Motor und Sport claimed in their last edition that in first half 2008 the Audi managing board determine if they build it or not. In the english speeking press they already claim it is a no go, that is a wrong information. Not to forget that 68% of all Audi concept cars went realy in production the chance to see that getting in the production line are pretty high

It would be very cool if they decide to bring this car to production line. As far as I know (maybe I have missed something) it is still just a concept. Maybe that also explains why 0-60 takes 4.2 seconds that is rather dissapointing when there is 1000 nm burst of power on all four wheels.