17 Cars are just getting fatter and less interesting 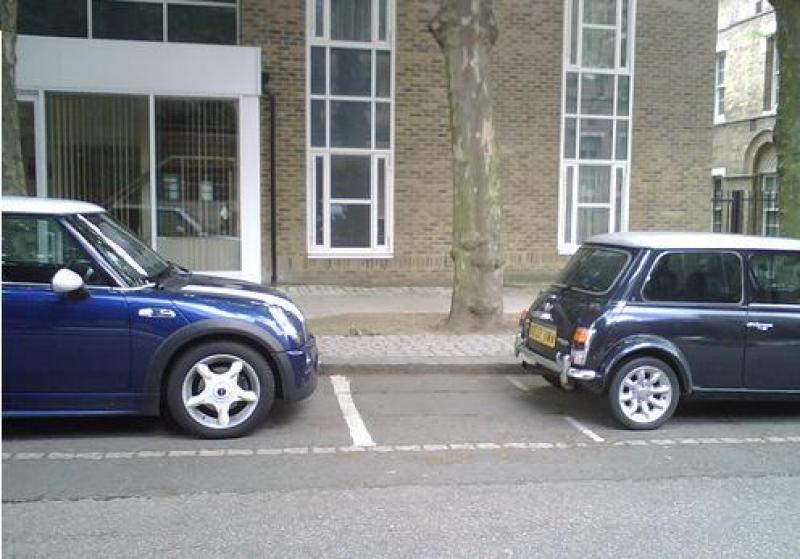 Is it only me, or do you find increasingly that the new cars coming out are generally a step backwards in many ways than their predecessors? Take this months issue of EVO. There wasn't a single car driven in their new car section that really grabbed me. The new E Class was a prime example. Bigger, more complex and safer than the old one, but somehow it seems that the driver is even more removed. The NCAP programme has much to blame, adding increasing weight as manufacturers chase ever harder targets.

Cars just get bigger and stiffer. There's too much kit packed into modern cars and in a bid to make them "user friendly", they are removing the layer of driver interaction by giving us vague and over-light steering. I am not sure in the real world that cars are even that much faster.

Anyone who watched last seasons fifth gear can't have failed to notice that the 1988 Ford Escort RS Turbo, in damp conditions on the twisty narrow MIRA track, which would seem to replicate your average B road quite well, was very close in time to the brand new BMW 123D and Audi TT Diesel, despite being way down on power and brakes!

Bikes of course are going in the other direction - losing weight, getting quicker, but of course they don't have to pass an NCAP Test. Nope, I feel quite disillusioned with the current state of affairs. Sure the newer cars with their light pressure turbo's give their performance easier, but all this Nurburgring lap chasing is bringing us rock hard suspension and reducing body roll to the extent that chasing the limit is hard.

I recall a drive in a new Leon FR Diesel last year. Initially it felt very taut and very grippy, making me chase cornering speeds faster. Then I tipped into a downhill left hander and the back end stepped out without warning and the front end too lost grip. The slip from grip to no grip was so quick, I had little time to react. Take my old mk1 Focus, that I keep harping on about. It has some body roll and great steering and is very easy to drive up to and on the limit. In fact in the wet you can almost drift it on the limit around corners. It tells you whats going on. In fact, apart from perhaps the current MK2 Focus, I doubt there is a family hatch out there that actually drives as well or better than my old Mk1, in terms of pure handling and responsiveness. And all the MK2 Focus did was put on 100KG and gain a bit more power and some fatter tyres!

No, if I had £22,000 now I would not be buying the new MK6 Golf GTI, which for me doesn't move the game on from the MK5. I would buy an £11k second hand Renault Megane R26 and a Honda FireBlade and some bike lessons with the change! If you want real thrills with your speed and want to be totally involved in the process, it seems maybe you need two wheels these days.

Iroc wasnt that bad for the 80's. i wonder if they will bring it back with an LS9??

thats when the camaro iroc z and bmws peaked. both of them are plain ugly (in my eye) now.

I totaly agree with the article. I just hope they will make leighter (and cheaper) sport cars in developing countries.

Nice article, but you need to look outside of the box. There are several car brands which focus directly on mass produced models, e.g. The Ford Fiesta. Not only are they safer but there faster on both the track and real world conditions. You can't tell me that a current model Zetec isn't faster or safer than the previous?
Since cars are generally getting faster due to advances in technology, that should also mean that safety should be increased?
For example I have heard a story from my local BMW dealership that a client of theirs has brought three 530i in a period of three years, because of safety. He has had three of them because he crashed these cars doing over 130kph, and walked away with no injuries. There is no way that the current 530i is slower than the previous, due to safety. Slower due to safety restrictions? No way!

Lots of cars were smaller in the '80s. The safety stuff/gadgets and cheaper gas since then has made them fatter.
Actually Corvettes haven't changed much in dimensions including weight since the '60s.
Fiberforge.com / rmi.com has some interesting stuff on keeping the size the same while dumping the weight.

Back in the 60's most muscle cars were 3500 lbs +, they weren't lighter than today, only the tiny sports cars were.

Look back at the 60s. A muscle car then was built with an all steel body and all steel engine. Everything was heavy. Now we have lightweight materials. But the muscle cars then weigh a good 1000lbs less.
Luxury sedans, Cadillacs, etc had huge chrome bumpers and looked heavy, but again are at less 1000lbs less than now. A 6.1L McLaren F1 weighed 2400lbs and a 6.2L Corvette weighs 3200lbs. There is too much safety crap getting in the way.

I doubt they think that. Even if they survive a crash unharmed, buying a new car isn't something to look forward to (unless you hated your old car). There's also insurance, possible court stuff, etc.

People think that they won't crash, not that they'll crash and walk away.

My point is that the safety race is a never ending spiral - where do we stop? Obviously we want strong sturdy cars with airbags etc and I am not asking for a return to the bad old days of the 1970's and 1980's with airfix build quality and sturdiness - but do we want to end up with 2 ton family cars that will save you in a head on smash at 60MPH, or just accept that it's better not to crash in the first place and driver more carefully in the first place. Its no co-incidence that drivers take huge risks on the roads these days, in the knowledge that if they crash, they will probably walk away.

Yes, but they are also typically smaller, which is where their low weight comes from. They don't use a lot of carbon fiber, magnesium, titanium, etc. Of course that would be expensive, but if the focus was on lowering weight instead of making huge engines, there would be more progress. It's much better to have the average car weigh 2500 lbs and have a 200 hp engine instead of 3500 lbs with a 300 hp engine.

Weight =/= safety. In fact more weight is worse in the sense that is increases the kinetic energy in a crash. There are plenty of strong light weight materials that would benefit a car in everyway, but manufacturers haven't made enough use of them yet. Low weight has to start trickly down from sports cars to regular cars.

Motorcycles aren't exactly for everybody either. Almost anybody can own a car (that's right 80+ year olds!), but if you're a fat middle-aged man riding a motorcycle, it's the equivalent of driving a Nissan Cube.

Now, back on to the subject of this article, I'd have to agree. Some are so loaded with "driving interaction technologies", that they weigh as much as a two tons or more. Then, to counter the weight, they give the car 400 hp, which sucks on fuel efficiency!

If you want to make a new car safer, you have to make it more durable. So it will be heavier. But then you need a bigger engine (=more weight) if you want to keep performance in the same level as before. It also needs to be extra durable because of the extra power (=more weight), bigger wheels, brakes etc. And now the car is more expensive so you need to add some gismos (=more weight) if you want to make it competitive in the market. But your new, more expensive car also needs to be bigger than the previous model in size. That will increase body roll which means that you have to make it even more durable…. And the party goes on!!!

It was just about time to tell people how horrible cars are and how magnificent are motorcycles because the new 2009. motorcycling season has just started.

The only problem with motorcycles is that they can kill you very very easily and unexpectedly. Take my recent truck wheel collision for example. Can you imagine what could have happened if I was on a bike? And there is no way of predicting and eliminating such risks. And wild animals randomly jumping out of forests across the highway are much much bigger risk. Especially where I live.

Having said that, motorcycles are the only lifeline left for those motorists who want the ultimate man and machine experance and ultimate adrenaline rush. And you don't have to be a millionaire to have all that on two wheels.

My man with the fake converstations Honestly Do you wake up every morning like ...

2 huracans will come out next year according to lambooboo and both will be ...

So essentially it's used just to get a power boost and ...

Yes with their "in house developed" Carbon Ceramic brake discs they ...

Your MOM looks better in a Reverse Cowgirl Position

Even you're a broke loser

Koenigsegg has better designs and better performance than the baguette

Uhm taycan looks better than this