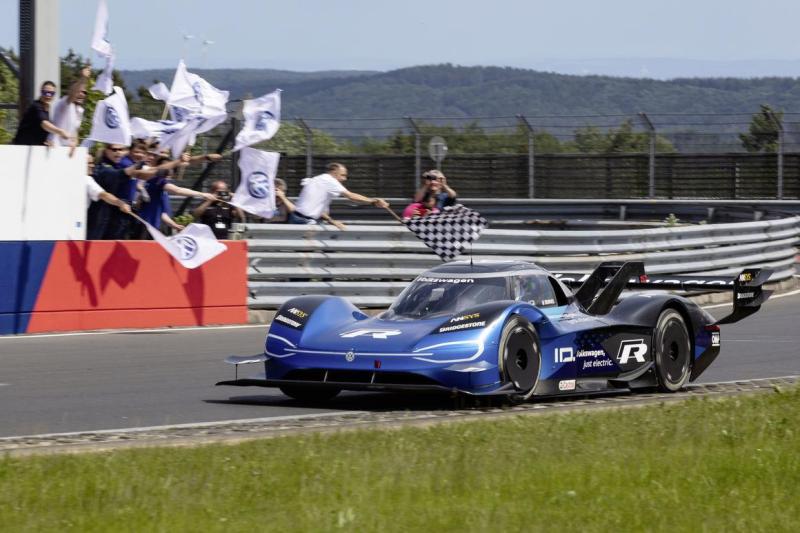 That previous record was held by Chinese Tesla wannabe Nio and their Ep9 supercar. Nio, by the way, just like Tesla, are experiencing economic troubles, having expanded too quickly in the electric car boom years. Comes with the territory of being "Tesla-like", I suppose.

As "I.D. R" is not legal to drive on roads, we will not see it in the Nürburgring ranking.

It also has ugly and confusing name and you probably wouldn't want to see it on top of the laptime list anyway.

Are cars really handling that much better or is it the tires? 3

The Czinger 21C is coming 9

allright what about 39.90? i mean, 2 seconds quicker than f1 Heidfeld? can you handle this? pure and simple magic of downforce and torque vectoring.
Ocon said it was eager to be allowed a full-out timed shootout with actual mercedes f1... i think this time is a handful for him.

" idr still remains the quickest car on earth on tracks with lots of tight corners, for precise technical reasons."

this was my statement 1 month ago. Today idr did 41.1 at goodwood breaking the overall record previously held by heidfeld on a mclaren f1.
Food for thought for those geniuses who think they may predict track performance solely based on power to weight ratio.

this time was easily expected. idr still remains the quickest car on earth on tracks with lots of tight corners, for precise technical reasons.

While everyone is salivating, dare I declare this a loss, as they failed to cross the epic border of 6:00?

Will anyone stop this pickup rampage?

exactly. i have very hard time believing that Senna is quicker than 720s to ...