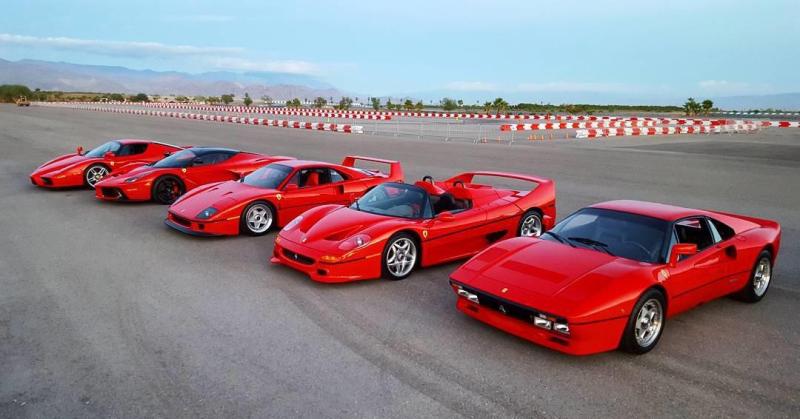 Alejandro Salomon, the maker of "Hyper 5", is not finished with epic supercar videos.

Apparently, once you jump into Jeremy Clarkson's shoes, reviewing million dollar supercars and using phrases like "poweeeeer", you can't go back to just doing whatever you were doing before.

Alejandro Salomon, a Top Gear fan by his own admission, continues to live his childhood dream with another five supercar comparison series - the "Ferrari's Big 5".

As name suggests, this is a single manufacturer comparison showcasing Ferraris fastest, most prominent models starting from the mid 1980s 288GTO, all the way to the present day flagship - the Ferrari LaFerrari, also featured in "Hyper 5".

Testing grounds for "Ferrari's Big 5" is the same Thermal Club Raceway as in "Hyper 5" and this is particularly good news for the laptime buffs - if this test includes laptimes, we will have a chance of comparing historical Ferrari supercars with today's hypercars.

No chance for Enzo. La would beat Enzo in laptimes as thoroughly as it did in a dragrace. Only two cars which are comparable, and surprisingly similar in speed, are F40 and F50.

My money would be on the LaFerrari but I'd be rooting for the Enzo.

To be honest, the way they launched the F50, I am actually glad they didn't do F40 vs F50 race, because the result would only add to the myth that "F40 is faster than F50"

I wanna see an enzo already like a kid seeing a supercar for the first time.

Any news on whether there will be laptimes? These cars belong to a Ferrari collector. I am not sure if he wants them to be properly thrashed around track by a racing driver. They are fragile things (the older ones).

Rush. If you know what I mean.
If you don't, it's a ferrari not in this video. You'll have to know your songs.

The best sports cars of the history!!

I must admit I do like the idea of not having ...

All I know is that chain cams are kinda overrated. Its ...