3 Internal combustion "strikes back" at the Pikes Peak 2016 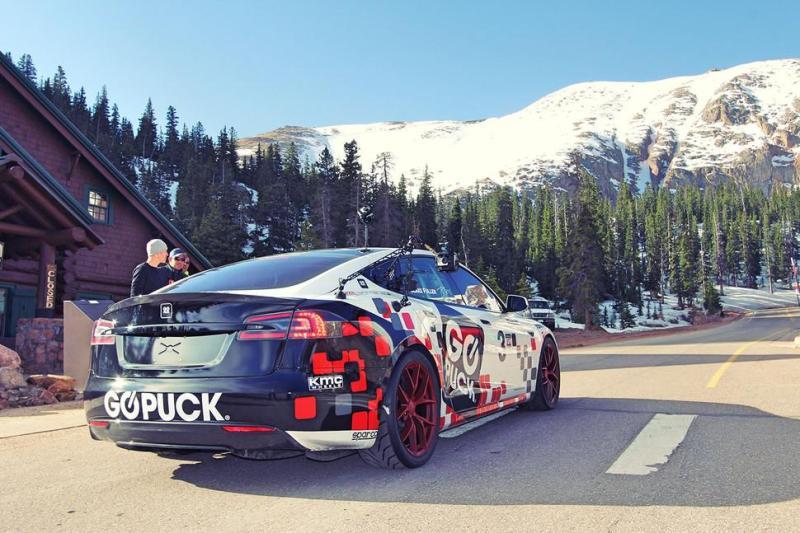 The future is electric. Electric cars will win the war, while still losing some of the batteries ("battles", really) along the way.

One such lost battle was the 2016 Pikes Peak hill-climb. Despite everyone's expectations of easy electric victory, fastest time of 8:51 and all the winning spoils and glory went to one of the teams in "Unlimited" class - 600 horsepower and 600 kilogram Norma M20 RD Limited piloted by none other than Roman Dumas - the same frenchman who recently won in Le Mans, after sensational last lap breakdown of race-leading Toyota TS050.

There was also encouraging news from the somewhat depressingly desolate Electric Production class. The only participant in this class was Tesla Model S P90D, prepared by wearable battery pack company "Go Puck", which set a new class record and respectable benchmark for other electric car manufacturer or privateer teams who may enter this class i the coming years.

Some of the times from production-derived cars in classes Time Attack 2 and Electric Production may appear in Pikes Peak fastest time page.

yes it is very strange that with a 150hp power increase on a 600kg car dumas was only 14 seconds faster than his winning time in 2014. maybe this time the car wasn't really 600hp?
power/weigth ratio being the same, the norma should be light-years faster than the 208t16 on that road.

That 1000hp/ton car that won, was sensational. But it boggles my mind how the Peugeot 208 T16 did it nearly 40 seconds faster.

There are "updates" but, I just want to see a finished car. It's going ...

it's weird seeing Koenigsegg do a heritage model despite still technically being a young ...