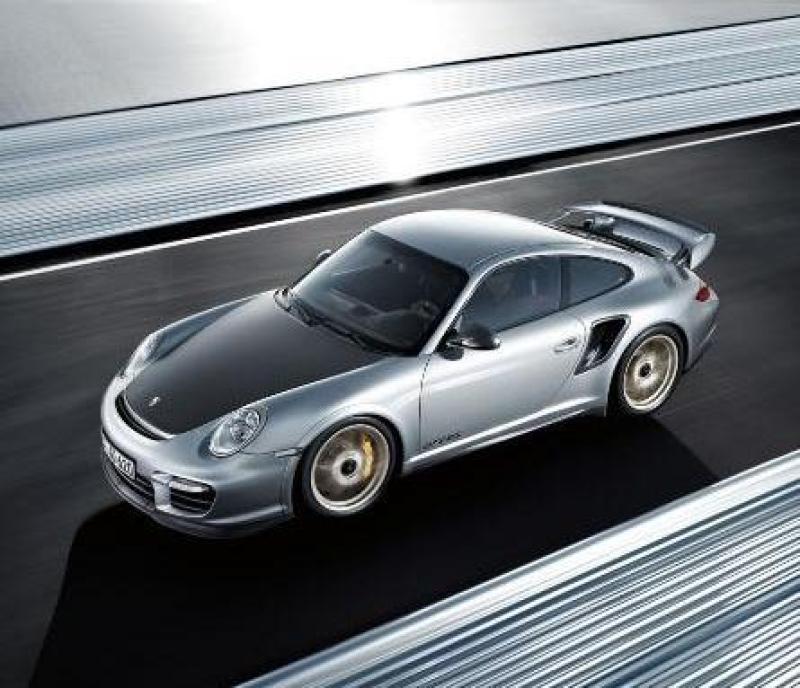 Yesterday was a sad day for the most annoying of ZR1, ACR and GT-R fans who used to use Nurburgring Nordshcleife lap times as the ultimate proof of excellence in American and Japanese engineering.

Why? If you follow the news on auto industry you probably already know. If you're like me, you probably find yourself staring at the Porsche's press release day after and in disbelief - really? 7:18?

Well, yes. According to press release at least.

"The combined effect of these developments is evident on the racetrack. In fact, the ultimate 911 accelerates from 0-60 in 3.4 seconds, boasts a top-track speed of 205 mph and laps the famed Nürburgring-Nordschleife racetrack in just 7 minutes and 18 seconds."

my spaceship is fast too

0-186 MPH in under 30 sec is these days not that impressive. This is what\'s most important for the future of sportscars and supercars... Crash safety ie carbon technology, compsumption,Co2,weight,acceleration,ridecontrol(comfort) etc etc. for a factory these days 0-186 MPH in 15-20 seconds and a topspeed of +200 MPH is VERY easy. Just that these days more than ever one how to think about being cost effective.... laptimes around the ring under 7 minutes for a McLaren, Porsche or a Ferrari is just around the corner. By the way if you ask me a lap time around a \"normal\" GP circuit is more of an interest for the mass market. doing 1 min 50 seconds around Monza or doing under 1 min 20 at Fiorano is more of an interest than outright Bugatti 268MPH whatever miles....right?

Only 692hp from the ZR1? That's kind of weak compared to what the American tuners have done with bolt-ons. It should be interesting though.

Only 692hp from the ZR1? That\'s kind of weak compared to what the American tuners have done with bolt-ons. It should be interesting though.

I don\'t think autocar ever does standing mile races. I know car and driver, road and track, and motor trend do standing mile though. I would like to see a standing mile race between all the heavy hitters available today. Just line them all up and have them go at it a few times.

and 530hp in such a long distance race might be outmatched by some of the higher powered cars out there.

at the 1km finish line the noble was going about 174mph that\'s a lot for the Turbo S if you think about it the gt2 rs can do 0-186mph in 28.6 seconds and it would kick the Nobles ass in a standing kilometer race.. but a 1mile race should be more interesting!

Actually yeah, the GT2 RS should have raced the turbo s. I'd also like to see more than one run, since the Noble did jump. BUT, it's Autocar and I'm fairly certain they were elated when the Noble won overall.

And I agree Fastestlaps, the 911 turbo is probably the quickest production car off the line right now. They were testing the standing KM though, and 530hp in such a long distance race might be outmatched by some of the higher powered cars out there. We will never know though because, somehow, autocar thought the GTR and SLS would be good competition for it. Maybe it's because they're incompetent (JMO). :P

The 911 in last race against Noble had a very poor start. Or it was a jumpstart for the Noble. Either way the Noble is overpriced for what it is. Or isn\'t, actually.

@Apathy, you can put the Turbo against any car you want - it will always look impressive. It is as fast off the line as Bugatti Veyron.

LOL bring the GT2 RS to the field if you wanna 1km race!

That's true. I think the noble needed all it could get with one of them behind the wheel though, ha. Looks like the GTR had a bit of a jump start in the earlier race also.

but they made a nice jump start with the Nobel :)

You actually validated my point sort of GT.

Autocar must be horrible drivers. Even with a PDK and launch control, they were slower than the base turbo. They either need a new track, or journalists that can drive. When they launch a RWD car, it is downright painful to watch in my opinion.

King of what? Autocar is forever running the wrong cars against each other on their uneven concrete surface. They should have put the 911 against the lp570, 599 GTB, ZR1, etc. I mean, did they really expect the GTR to put up a fight? The Noble thrashed the 911, but boy is the Noble ugly.

I'm not even going to get into how autocar often sounds biased. The guy sounds like he's having an ****** when the Porsche wins.

The LFA got whooped on though. That was a good match up. It will certainly upset the fanboys.

I hope all the LF-A fanboys watch this video... LF-A vs SLS in the straight line till high speeds... LF-A toasted.. no matter what the factory numbers tell the real world tells the true

A lot of fast cars have manuals because manuals are fun.

You can post an example of an auto not being great, and I can post one being good. The Evo got stuck on a handbrake turn anyway, not example race track friendly or wise.

Lil Wayne doesn\'t race in ALMS or F1, where they prefer paddles to manual.

The Ring is only one track, you can\'t elevate it above others. It\'s subject to changing weather conditions, which is enough to prevent two laptimes from being directly compared. Some of the other laps may not be professional drivers, but they aren\'t fresh out of the DMV with licences, and the absolute skill level doesn\'t matter much if the drivers are all near even.

Power to ratio is only one thing. The GT-R ins\'t some totally inferior car that\'s magically going fast. It has the trasnmission, drivetrain, and electronics that give it its own advantages.

Off the top of my head, the fastest AWD is the Veyron SS. It\'s overweight and yet still competes with RWD cars. The R8 is a great AWD too, keeps up with the Vette despite being heavier and less powerful (the V-8 bested the Z06 on occasion).

For your taxi driver.

added laptime for Your Mom

In all Autozeitung issues in all history did they really only use 3.63 km ...