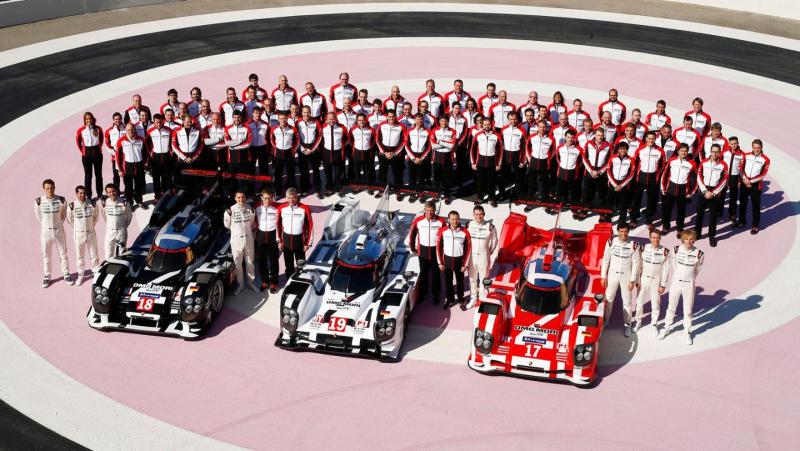 Le Mans 24 hour race is one of the biggest events in racing calendar, not just for sportscars but in entire motorsports. It is the single biggest race of all racing classes and the amount of investment it attracts from big car manufacturers can only be compared to likes of Formula 1 or WRC.

Last year in Le Mans we saw the return of Porsche to the LMP1 class and their first attempt at the overall victory since 1999 and the Porsche 911 GT1.

As it often happens with brand-new racing cars, reliability can spell the end for the fastest and most beautiful race cars. Especially at Le Mans, where tough competition can turn an endurance race into a 24 hour sprint.

In recent years, lack of reliability was the "Achilles heel" for the likes of Peugeot, Toyota and Porsche who managed to build racecars capable of beating Audi in qualifying and keeping up in race, only to retire few hours before finish due to mechanical failures.

This year it's another non-Audi pole position, and, with Porsche qualifying first, second and third, this time it seems more likely than ever to see the Le Mans trophy finally changing hands.

With fair weather and not too many safety-car interruptions, this year it is also likely to see the all time "distance traveled" or even the "fastest lap during the race" records broken, since the 2015 LMP1 prototypes have already broken 6 hour "distance traveled" record in Spa, and are clearly faster than any Le Mans car in the past.

The same can not be said about Formula 1, where technological advancement has been offset by overly restrictive regulations and tyre technology tailored more for diverse racing strategies and overtaking and less for speed and endurance.

Nobody knows nothing, and nobody knows everything. So your theory is useless.

I don't know everything, just enough to know that more displacment in an engine gives an engine a higher potential power.

something I can't say the same for you.

Lol the only person who said 1=0 is Jackson himself. Guess he's dissing himself.

I believe the original statement comes from Einstein. The more you know the less you understand.

And I couldn't agree more with this statement. Because the more you learn, the more you realize there is more to learn.

If you know nothing....You still know something....Unless nothing isnt something? Or is something actually nothing? 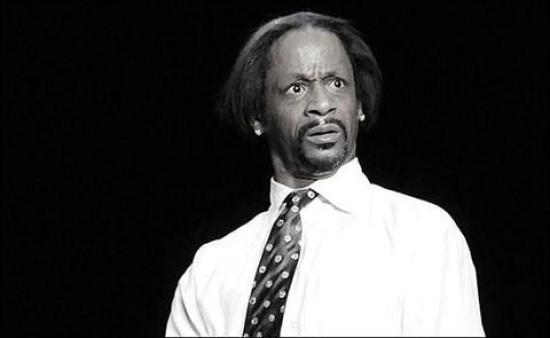 Who is David T. Freeman? Conclusion, going from first to second to ... doctorate, finally one does not know anything.
Reply 9

Dont be a party pooper, Those comments are one of the reasons that make this site so fun.

The debate regarding the 911 platform ends here.

The comments are becoming more and more inflammatory.

I'm only speaking up to write-off his more ridiculous comments.

you can feed a Toyota Prius as much air or fuel as you want, and it won't develop 500hp LMAO.

you need to cram a LOT more air and fuel in a smaller engine to get the same power from a larger engine, especially N/A engines. It's called EFFICIENCY. And efficiency is not linear for all engines. More revs = less fuel efficient and needing more air, more cooling. That's common sense.

And again all of this kid's bullshitting is useless. Fact is the vette was unpassable even with 8km's of slipstream. The power advantage must have been very substantial.

this simple fact K.O.'s all of that kid's nonsense and idiocy

These are one off hand-built racing machines. Every driver, let alone any team, given the oportunity would exploit any advantage, including aero gains, weight distribution, car size.

Jackson is the type of person who probably thinks that a Prius gt300 racing car has a prius engine and the same lithium-ion battery in the back. And that a BMW M4 DTM ultimately has the same performance and features as a road going M4

Power doesnt have anything to do with displacement, Atleast when were talking about street cars. It more about choosing to and technology level. But when it comes to a sanctioned race series with displacement and what not regulations and rules, Then that may be a different story, I dont follow racing, So i cant say about that, But the cars are designed to run constantly fast in those few hours and wear and tear would be more crucial.

@ saxy:
That was also the reason, why I didn't responded anymore. "power has nothing to do with displacement" lmao. That and that he is posting information about the wrong car.

I could counter all of his points, but he would just come up with some other nonsense. Taking right concepts, but applying them wrong or only parts is his thing.

And no, jackson, please don't answer to this.

I love the guy just tries to bullshit through everything. He's like in science class where they say you can get part marks on everything so he writes as much as he thinks he knows and some more gibberish.

Any who says that displacement doesn't matter for power, who also says that bigger tires = worst acceleration off the line, simply can't be taken serious.

Fact is
1. the vette got a huge power boost this
year.
2. nobody could pass the vette even with 4 long 2km long slip streams.

It surely had the most HP to use this year. I'm sure that had a factor in why last year, there were no Corvettes and this year there were several. And that doesn't guaranty a win, so good for them for making it happen.

To claim that Porsches chassis is the worst and stupidest idea, IS the stupidest idea because fact they finished 1st and 2nd just 2 years ago in a similar "stupid design".

"you get more downforce by means of more drag" By that logic aerodynamic development regarding downforce would have been stopped, because they would know how much drag they would get for a certain ammount of downforce.

there is no logic in my statement, i have just written a fact.
you exactly know how much downforce you have on each wing on a car with a low cx (e.g. NOT an f1 or open wheel single seater).

The venturi effect is used by every wing.

*Why do you think the 911 is inherently aerodynamic inferior? Why shouldn't they be able to use the venturi effect? I have always read and heard, that it has good aerodynamics
*

911 engine position impeaches the use of a proper rear diffuser for venturi effect.

@ jackson, regarding your points:

I wanted to say, that Porsche does (nearly) the same as Chevrolet with 1.5 l less displacement, which speaks for Porsche.

If you look at the data sheet posted, it says "base" restrictor or in other words the restictor it came out of the factory. The power out of the factory is known, therefore i used it as a base for my calculations. And why does my point prove that Porsche got a power advantage? Porsche got less initial hp and then less gain -> less power. Regarding my point: of course you get more power, if you get more air into the engine (where a bigger intake is of course beneficial), but the statement says it isn't directly proportional to the area of the air intake like P=c*A (P =power, A = area air intake, c = constant), because it also have to get into the cylinders (see point 3) and because it depends on other engine factors.

This isn't simply an assertion. If you look at the data sheet, you see that the base restrictor size depends on the engine size (911>aston=ferrari>corvette). Smaller engines need bigger intakes for the same power, because the sucking power depends on the displacement. Bigger expansion of volume means lower pressure -> more air is sucked in. The estimation belongs to your assumption that the area of the air intake is proportional to power and that engine size doesn't matter ("more than others, means more power than others").

This estimation will, as I already said, most likely underrestimate the Corvettes power advantage. To the amount of cylinder: yes more cylinder means more friction, but also more power or why do you think VW developed a W16 for the Veyron instead of a equally large but cheaper W12 or V12? Because untill a certain point, more cylinders are better. If not, all the high power sportscars would use 6 cylinder engines with the same displacement instead of 8, 10 or 12 cylinder.

You are allowed to change the angle of the wing and such things to archive aerodynamic ballance, but the high is fixed by BOP. A higher wing is better because it "sees" less turbulences from the car body, than a lower wing. A wing doesn't work as good inside of turbulences as outside, but causes the same drag or maybe even more (it still have to overcome the air resistance).

It takes sides for Chevrolet to make them competitive. Maybe they gave them to many advantages, but it was hard to estimate the speed of the corvette, because this modell hadn't competed in the same race classes as the competitors. And despite the BOP, one Ferrari was long time in front and the astons would have also been able to win if they were more reliable.

The position comes from history, but over the years it got better and better and have overcome lots of disadvantages, so why change a unique feature, if it works well and adds a little spice to races/street cars?

That was towards your statement, that the Porsche racecar isn't restricted, whereas the Corvette is "underpowerd" or "less power than stock" as you said. And even if we don't know the exact power for the race, we have an idea.

Ok, you can calculate power with the ideal gas law but this is done under lots of assumptions and simplifications, which will ad a big mistake for the different cars, bigger than the size difference of the restrictors. And it doesn't change the fact, that you just took the size of the restrictors as a measure for the sucked air, neglecting the engine size. So we havn't "an idea of the engine power" without further information. That's why I used the base power and restrictors for estimation.

What you say doesn't contradict the quote. The ideal gas law is used for easy learning, for serious development complexer models have to be used.

"you get more downforce by means of more drag" By that logic aerodynamic development regarding downforce would have been stopped, because they would know how much drag they would get for a certain ammount of downforce. Turbulences are very important. See point 4. The venturi effect is used by every wing.

Why do you think the 911 is inherently aerodynamic inferior? Why shouldn't they be able to use the venturi effect? I have always read and heard, that it has good aerodynamics

It is difficult, I mean were talking just under 30 years ...

Aston Martin on the Nurburgring~ I guess!