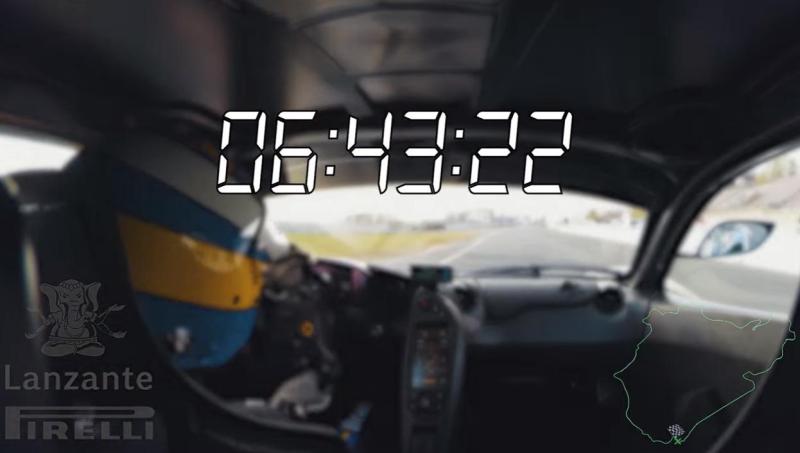 Lazante are responsible for creating the road legal version of McLaren P1 GTR, which they call "P1 LM". This is the same group that created LeMans winning McLaren F1 LM.

P1 GTR's used for LM conversions were specifically supplied by McLaren and the whole "P1 LM operation" has been supported by McLaren. Therefore it is reasonable to argue that P1 LM is indeed a real road car and not a "tuner project".

What bothers me about this record is the use of term "prototype" in Lazante's own description of how the 6:43 came about:

Over the past eleven months, as the five P1 LM production cars have been built, the identical prototype XP1LM road car has been testing. During the final phases at Nurburgring Nordschleife, XP1LM achieved a fastest lap of 6.43.2.

Is this another case of "preproduction" or "prototype" lap records being served up to the public as real production car records? Is this yet another Nürburgring record to ignore?

yes this was done with their prototype tester, and this time was done with normal pirelli trofeo's not the trofeo r's which will be an option

It's not only that they modify the rules so that it suits for them. No they also start the lap wherever they want to break the record. The P1 LM started the laptime later than NIO, which doesn't mean I see NIO as an official record holder. But I think it's another example how shaky the rules are..(if there is any...)

Feel free to watch the comparison:

Oh great, ole boy is back only for this car, Shoulda just kept my mouth shut, Now we started something.....again, Everyone take cover for what's about to come...

And why should the term 'prototype' bother you, when it's preceded by the word 'identical'? Also a number of other factual errors. The F1 GTR won LeMans, not the F1 LM.

There is little data on the conversion Lanzante did after the fact. However, McLaren said the development work was essentially completed with those earlier conversions. So the official LM could not have features significantly didferent from the converted GTR as that would be an additional significant development.
Of course McLaren could have authorised a run of 30 LMs which would have been much simpler.

Completely wrong, take the engine. P1 GTR - 3.8L, P1 LM - 4.0L. Time should be added, especially when we have modified times and low volume track cars added elsewhere. And since we're on the subject of pre-production laps. You mean like the 918 lap with a battery that lasted 3 times longer than the one on the production car, and a fixed roof?

It's funny how McLaren,Aston and Ferrari will let SportAuto do slowpoke laps of their lesser cars but the Vulcan P1 and LaFerrari? ....Well that's another matter.

We should have a popular racing series with street legal cars on street legal tyres. And the category regulations should include the price of the cars, for example category up to 30 000/ 50 000 etc. Euro.

That would be fun to watch!

There is little data on the conversion Lanzante did after the fact. However, McLaren said the development work was essentially completed with those earlier conversions. So the official LM could not have features significantly didferent from the converted GTR as that would be an additional significant development.
Of course McLaren could have authorised a run of 30 LMs which would have been much simpler.

I feel sorry for the Viper ACR. A group of folks set up a fund to bring the new Viper back to the ring to take back the record.

But back when the fund was started the benchmark was the 917. There's pretty much no chance it will beat this time.

The P1 LM is not an homologated P1 GTR either for those fools claiming it is.

And is it any less of a road car than a Radical SR8 LM?

Grass is too green, it was faked.

After reading the description I have to say there are not 25 cars made. "five P1 LM production cars have been built". And the car that made the record was a protoype.
Therefore we should ignore it until we have further informations (prototype with exact same specifications) / 25 build.

It's getting F** intransparent here at Nordschleife

The road legal P1 GTR are more than 5, Lanzante just homologated them, but McLaren built them.

This is a road legal P1 GTR: 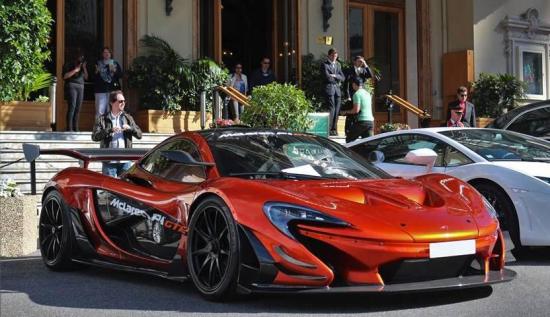 They are the same as a P1 GTR, only with a license plate.
Like the track-only P1 GTR, they are heavier, less powerful, slower and with less downforce compared to the P1 LM.

The XP1LM is just the protorype of the P1 LM which they used to test all the modifications they (Lanzante) brought to the car.

Come on guys, the information is just out there and not that hard to get.

They are essentially the same as they are all from Lanzante and McLaren felt the development work was done with the earlier kit. The kit also increased downforce and reduced weight while making the car legal. If the kit conversions were not considered the same there'd only be 6 LMs which would invalidate the lap.
A 6:43 should be easy for a car lighter than the GTR with more downforce.
The base p1 itself should be a 7 minute flat car at most.

They're road legal and Lanzante converted a few dozen GTRs which will be considered LMs retroactively before the 6(5+1) official LMs which are also by Lanzante. So they've covered all the bases to beat that bs Nio lap which should never have counted at all.

P1LM is not same as road legal P1 GTR. This should be acceptable but written as a lazante instead of a mclaren. This car is as production ready as the mcalren f1 lm

I haven't seen the video but I ceetainly think this car can do that time. See Koenigsegg that's how it's done. So much BS about"we don't have any spare cars" or "Koenigsegg is a small company". Yet he can't keep his mouth shut constantly saying his cars are faster than all the others.