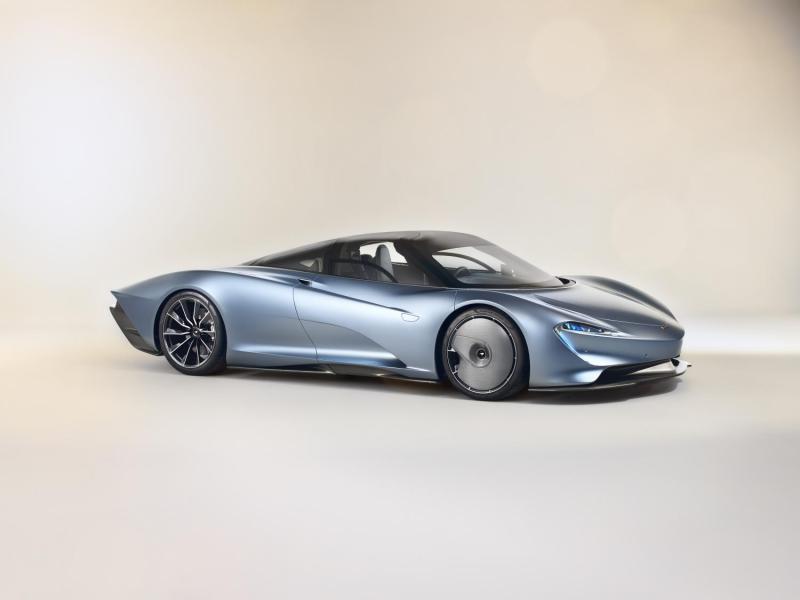 McLaren are milking the Mclaren F1 legacy once again, claiming another supercar as the "spiritual F1 successor".

The new McLaren Speedtail, however, does have more in common with the F1 then P1 or Senna. Most obvious is exterior design focus on low drag, instead of high downforce.

Today McLaren announced preliminary details on the car along with some press photos, but did not specify concrete performance figures or projected engine output. This is left for speculation of which there will be plenty of, with top speed figures ranging between 250 and 300 miles per hour.

I may add that 300 mph car is unlikely as such speeds will compromise usability and costs - think how much a set of Bugatti Veyron tyres cost and how rarely anyone uses them up to and beyond 400 kph.

Most serious carmakers, given choice between world record headline numbers and usability plus reliability, will choose the latter, and actually produce a good car with potential of becoming future classic, just like the iconic McLaren F1 did.

The headline grabbing numbers are often left for small manufacturers that nobody knows about and whose only shot at gaining any notoriety is through record attempts, whether or not the car itself is finished, reliable or thoughtfully designed.

You tell me! (SS NOT included)

Ps: I just hope they dont sell them with that front wheel...

No side mirrors are freakin me out though, And i thought it would go for the record, And i can only imagine how much they are kying about the real power, Peolly like 1450bhp..

Looks quite different but I think the car is overly long. Looks weird

I think McLaren will still rate the car at 217 mph. It is hard to get to absolute maximum speed these days. The Lamborghini Diablo GT was capable of 215 mph, while the Murcielago SV was capable of 211, and the Aventador SVJ is only 218 despite being almost 10 and 20 years older than the Murcielago and Diablo, respectively. It's like comparing Windows 98SE to Windows 7 to Windows 10. Even the new Koenigsegg Regera is not faster than the Agera or the CC series in terms of top speed.