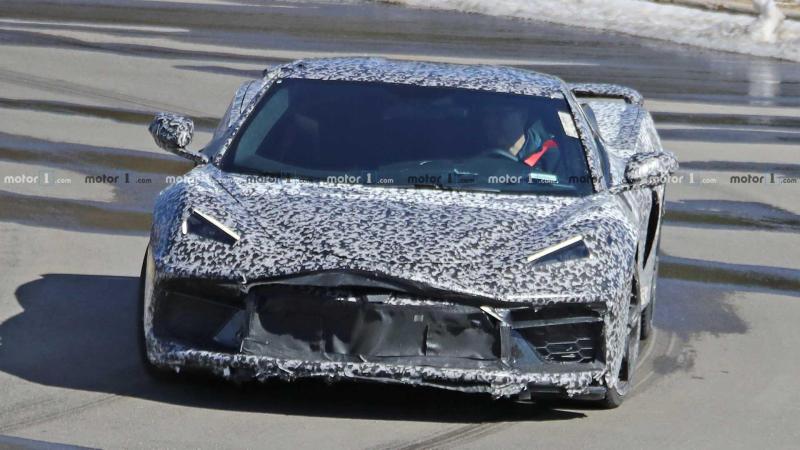 Mid-engine Chevrolet Corvette C8 may be delayed, but it has not stopped GM from continuing to test the model.

At the back, C8 prototype sports dual/quad tail-lights, somewhat similar to C7 and a "bat-wing" style spolier, which is less extreme than what we have seen in previous test mule iterations. 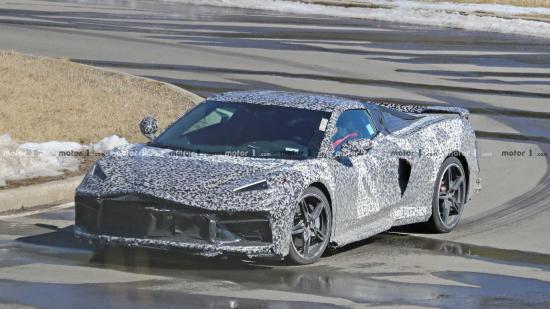 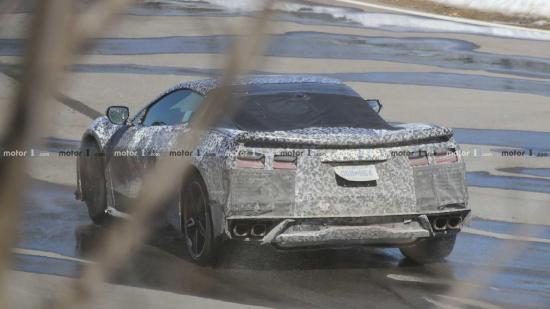 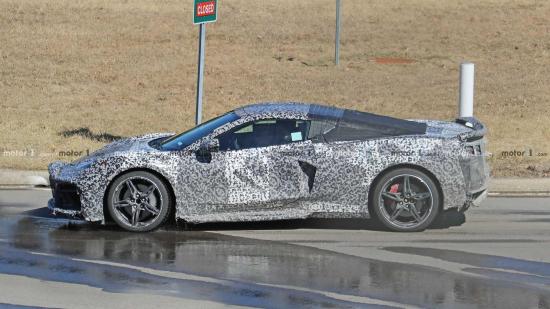 Yet another Volkswagen crossover, the Nivus  4

Nissan revealed the final form of the GT-R50 2

James Dyson reveals what could’ve been with his cancelled EV project. 5

Why does the hood look crooked here?
I think it will beat Ferrari if they can manage the weight, the current C7 is almost 3500 and that sucks compared to the C6z07's 3073-3232, just not even close to handling the same cornering G-forces unless they had bigger tires which they don't. The F8tributo is 2932 I doubt if they will get it that low but hopefully close.

The bad thing about the LT2 is it probably won't have dual-injection like the C7zr1(and even that depends on driving habits) does so it will get coked-up to the gizzards in no time. Carbon-deposits rob 25% of power after only 25K and then it has to be walnut-shelled, happens on all direct-injection engines without a secondary port injector so the fuel can clean the back side of the valves, auto-industry's dirty-little secret in pursuit of EPA mpg regulations.

The only two things I don't like about the C8 specifically are that you can't tell it is a Corvette, ever since the C2 it has had that coke-bottle shape(granted the C7 was a bit slab-sided, but still recognizable.) It looks like every other exotic, people will probably think it's a lambo(or less likely McLaren or Ferrari) and maybe that's what their intent is to avoid that snobbish stigma the rich aholes hold towards them, it's harder to turn up your nose at the redneck when you can't recognize it as a Chevy anymore, especially when it overtakes you in a blur.

The other bad thing about the C8 and all mid-engines is that they spin out at the drop of a hat(or throttle in this case.) Unless it has AWD torque-vectoring to mitigate, you have to drive with a feather-touch like a timid little-schoolgirl. This is why Ferraris are such garage-queens(besides the overheating issues of putting the radiators in a low-pressure air zone,) the owners are afraid to really drive it because it is also an investment. In the Front-Engine Corvettes(besides the fact that they are cheap) you just floor it haphazardly and modulate the results with less throttle later, as soon or actually just before the nose points in the right direction. Trust me, it's a lot easier to do powerslides in a front-engine, do you see many(or any?) mid-engine driftcars? They probably would have them if it wouldn't be such a nightmare!
safe

This car will be amazing. I love Corvettes! All the Chevrolet and Corvette hate is ridiculous. You may think Ferrari is better but try factoring in reliability and Chevrolet easily come out on top. Also whatever extra performance stock the best Ferrari has can be made up for thru tuning on the Vette. I also like Ferrari too but seeing the Corvette hate was irksome. Also, after having reviewed the racing history of Chevrolet and Ferrari on 'racingsportscars.com' they both are mostly even in overall victories and class wins.

I'm sure the new Vette will be a total track carving monster with the new MR layout. I'm assuming that they are aiming to cut down weight as stringently as possible as well. I'm excited to see the end result. Definitely something I'm going to keep myself posted on.

Why does it feel like a 458 after being butchered?

How do I add a slideshow to this piece?

No im not how about you

Its faster than a nissan gtr around the sachsenring.

It's a lot but I am also very fast at typing :D

Are you intellectually challenged? lol