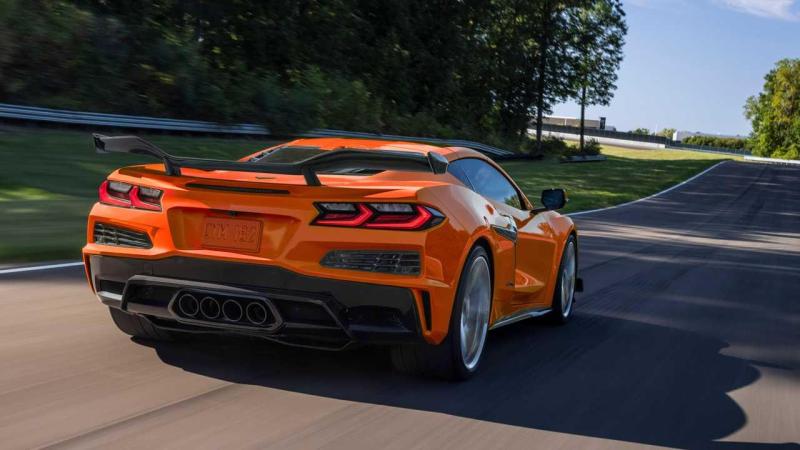 Believe it or not, very few foreign automakers have signed contracts with the United Auto Workers — those being Hyundai-Kia, Volvo Cars, Mercedes-Benz (+ Daimler Trucks), and to a lesser extent, Volkswagen.

BMW is not on the list. None of the Japanese (edit: except Toyota) made it there. No British, no Italians either.

For those wondering why the Porsche 718 and 911, the BMW Z4 and Toyota Supra, the Nissan Z and GT-R, the Acura NSX, the Mercedes-AMG GT and SL models all make their Chevy Corvette counterpart look like a "bargain," it's because those sports cars are not built on a union assembly line. If they were built in a union plant, the assembly rate would increase as most UAW employees are lower to middle class people.

The Corvette has been a very luxurious model since 2013 actually. It's more smooth and technologically advanced than the 718 Cayman and Boxster twins. It can be upgraded to 3LZ-spec to provide an interior equipment level on par with a "baby" Ferrari/McLaren.

Cadillac Escalade, Lincoln Navigator, GMC Yukon Denali, Ford Expedition Platinum, and Jeep Grand Wagoneer all are super-luxury SUVs. However, being body-on-frame rather than unibody, it's more fair to compare them with Mercedes-Benz G-Class, not GLS-Class or BMW X7.

The GLS450 and X7 xDrive40i both start at a bit less than $80K, which are the only trims that make the two trucks even remotely comparable — but that's because technically THEY HAVE to compete in this segment. Upgrade to GLS580 and X7 M50i and things get complicated from there — yes both start at around $100K, but the X7 M50i is already near-fully equipped at that price. Either way, the GLS is a much better deal for its size and price, considering it comes with a 7700-pound towing capacity versus the X7's 5950 rating (though it can tow up to 7500 but only with the hitch option which doesn't count because with the very same option an Escalade, Navigator or Grand Wagoneer can tow 10,000 to 12,000 pounds).

By the way, the BMW X7 is just a longer wheelbase variant of the X5; it started appearing in dealer showrooms five months after the current X5 did, and the X5 carries all of its leftover parts from the 5 Series, not the 7 Series. The Mercedes GLS was designed straight from scratch, and it always has been; it's not even based on the GLE, but rather the S-Class sedan (and much of nothing to do with an E-Class), which allows for the Maybach trim to be offered. The BMW took on a relatively informal approach.

I'm sorry BMW fans, they're just not direct competitors. There are other SUVs that you can compare the X7 to, such as the Levante (even if it's technically "midsize"), the Q7, the Aviator, perhaps even the MDX Type S... just not the GLS.

Comparing an X7 to a GLS is actually like comparing an LWB 5 Series SUV to an S-Class SUV, as opposed to a logical comparison (7 Series vs S-Class, or 5 Series vs E-Class).

If the X7 was made in a union plant like the GLS is, it would only cost around $50K (obviously an X5 would be cheaper than that in this case), but BMW cannot afford to do that because they're too uptight about building "sport-oriented" trucks. It looks full-size, but it rides and feels more like an American "upper midsize" (think more Explorer/Durango than Expedition/Wagoneer).

Hence why it is a pain in the neck to repair a BMW in general. A Mercedes-Benz, generally not so much. An old E-Class or S-Class sedan is cheaper to maintain than even some Chevy, Pontiac or Ford full-size sedan from the 1990s or early 2000s.

(see above) As opposed to a Mercedes-Benz sedan, Chrysler would never waste a penny on developing a 300 or a Charger based on a BMW counterpart. Which is exactly why they are not so expensive to produce, and they are very durable cars at the end of the day.

Toyota made that mistake with the Supra, and guess what it is only barely less expensive than its Z4 counterpart due to its use of a coupe configuration rather than a roadster one. (The Chrysler Crossfire was based on the SLK, but it was much cheaper even with both sharing the same configuration.)

I'm almost afraid to think about how fast this thing is ...

In a way this place is a good way to distract myself from all ...

I'm learning a little of the Croation language! LOL!

Oh he's definitely around. Of that I can assure you!😂 ...