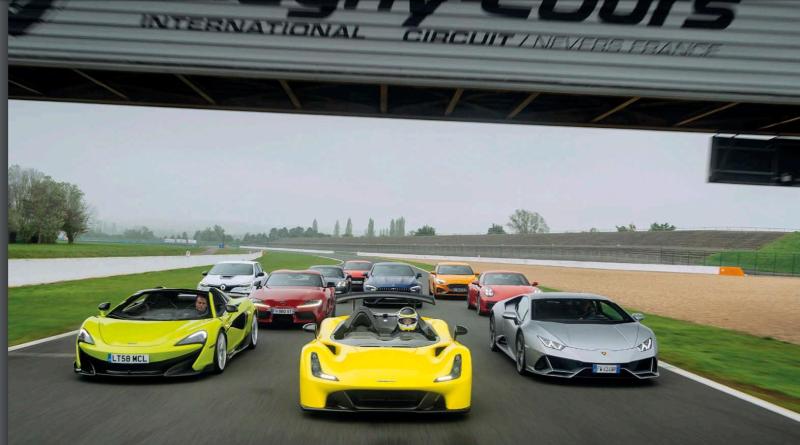 Each car was tested on two configurations of Circuit de Nevers Magny-Cours - Grand Prix loop and Club circuit, however, some of the lap times were recycled from previous Motorsport issues. Motorsport also published 0-100 kph, 1/4 mile and 1 km acceleration times.

The undenyable darling of the test was Dallara Stradale, which, not only posted fastest lap times on both configurations, but also featured front and center in most of the group photos (by the way, Motorsport have a really good photographer) and stood out against ordinary proportioned cars like Focus ST or Megane with its incredibly low height, large wing and no-compromise race car physique.

Passat in the Swedish mountains

Thank you @fastestlaps! For the article and for the photographer... Julien Diez, Editor in chief Motorsport

If anything is a sportscar this must be.

i see some kid who doesn't know a thing about cars, id shut up that mouth

Im betting you haven't ever been in the drivers seat before....

Carbon wheels is seriously hardcore. Few years back the only car that had them was Koenigsegg Agera. And a set of 4 cost the same as entry level family car.

I am not sure much has changed, in terms of pricing tbh...

And I'm sure when you curb a carbon wheel badly, the result would be the same too. you'd likely have to replace it, unlike an alloy one.

For example, the Carbon Fiber track package on the Mustang GT500, that includes 4 carbon wheels, a splitter and a wing costs nearly $18K. For an option package. That’s a little less than 1/4 the cost of the ****ing car. Generally only SERIOUS track cars have carbon wheels, but I guess Ford brought me to the masses.

Theres like 6 cars in the world that have carbon wheels, Theres way more effective and Much cheaper ways to lose weight, Its a damn gimick

Hardcore? Maybe, but i believe the first car to offer them was the SSC Aero, Price has actually gone down, But that all depends on what kind and who your getting them from, I dont think it makes any car more focused then the other, Specially at price.

List is wrong on motorcycles... no Kawasaki zx14r, Gixxer, Hayabusa, etc. Not even close ...

Putty that they don't make Huracan performante competitor and call it Passeratti... It's that ...

It has to be that high to function well. Besides, it ...

It hasn't been independently tested yet!

" he'll end up getting her undies for the night, that ...