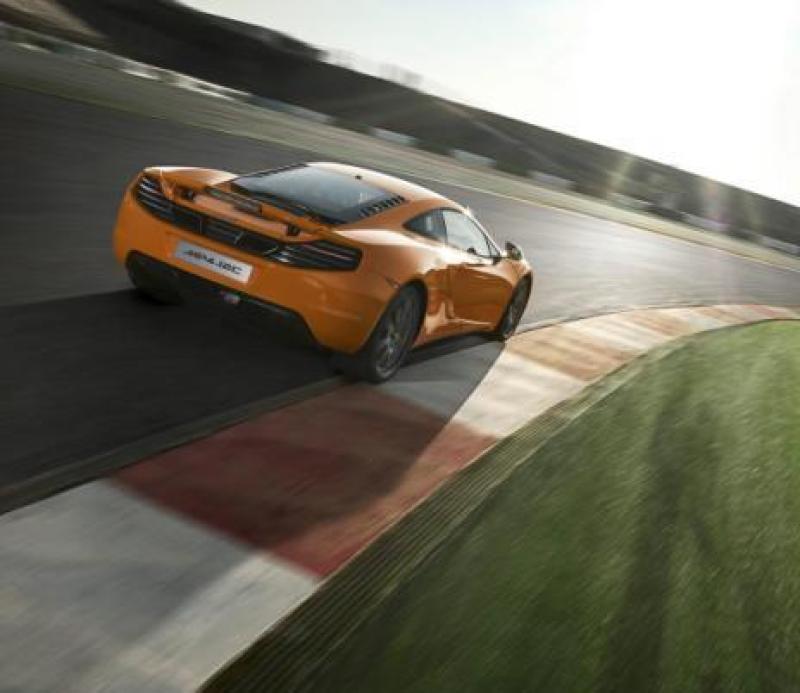 It was 9 months ago when I announced a competition - whoever comes closest of guessing McLaren MP4-12C laptime around Nurburgring Nordschleife, wins a "grand prize" worth spectacular 5 cents...

Rules were fairly simple - after application period was over, we had to wait until the end of June 2011 and the fastest MP4-12C laptime at that time would then be used as reference against all your guesstimations.

Summer came and went and McLaren were silent regarding anything related to Nurburgring Nordschleife. Porsche GT2 RS held a seemingly "unbeatable" 7:18, before it was beaten by Lexus LF-A and, just recently - Dodge Viper ACR.

Now it looks like waiting is over - Sport Auto latest issue includes "supertest" of MP4-12C. And as usual - that means inevitable Nordschleife lap time. With Horst von Saurma behind the wheel, McLaren MP4-12C did a 7:28.000 - spectacular laptime by any means, yet, at the same time, not "too spectacular" if not disappointing, when you realize that less powerful and less hyped Lexus LFA did far better 7:14.640.

So who came closest of guessing the time back in February? Not me! I bet on better result. I figured McLaren would make sure they beat GT2 RS, because anything less would not be good publicity at the time when they were launching the car and primary objective was to win some marketshare from the likes of Porsche who were already at the top of laptime charts.

So it wasn't me, or others with the same strategy. It turns out the winning bet belongs to member "F355" who was a lot less optimistic and predicted exactly 7:28.000 - perfect match!.

You might be wondering if he has supernatural predicting power, or maybe he just came up with a completely random number - I guess we'll have to ask the prophet himself!

What the hell!! at home circuit silverstone, 5 (five) 458's in front of the mclaren, soooo fast car!!
.blancpain-endurance-series.com/results.php?event=2&season=2012&session=Race

Ok now thee is a new ferrari f12 berlinetta, now we will have another comparison and a new wors war hehehehe...........

Well when you consider that von Saurma was behind the wheel.. I would say this car can really pull a time below 7:20 with a better driver.

You're rigt Tim, woud be a endless wording over tenths of second and mostly about angel's sex....in any case, will see the performances at le mans.... and in a few yers the "millechili"...

remengo,what you forget is that the 12c is the middle model of the Mclaren range.When the new enzo comes out it will up against the new F1 mclaren and so the war of words will continue.

Mal, why you don't wait the new enzo (2012) to make comparison? As you well know the 458 is not top of the ferrari production.... by thre way I can understand your anger and frustration, one car every 15 years and struggling to be 1 tenth faster than a 458....good luck

I agree with all of you.

It will be better to compare the MP4 with the new ferrari enzo (2012), top of the production comparison.....but then the MP4 will have less bhp, already old car,old tires,could not run same day same track same driver same fuel same whatsoever....well'have to wait other 15 years for the next direct "top of production" comparison (being the time of mclaren cars production one each generation...).....good luck!!!

That time is spectecular, okay. But it doesnt help Mclaren with their claim of making a better (than any production) car. GT2 RS is more poweful and lighter and on semi slicks. no shame in that defeat but i thoight it'd be faster than 458. i thought its power and weight advantage would show in this 7 min track. Another win for Maranello.

pepper is better  10y ago

@mikeb,i agree with you,but the 7:28 of the 458 is a manufacturers time,so if HVS,who is a 911 expert can equal it it ONE lap in a 12c,which is also a mid -engined car like the 458,its stands to reason that he would drive it the same as the 458,so an equal manufacturers time for the 12c would also be at least 10 seconds faster than the 458 wouldnt you say??

@Ferna_R
Oh look, another biased comment.
First: The Apollo might not be great but is insanely fast.
Second: You say a 7:28 by the MP4 is horrible and then proceed to compare it to the GT-Rs manufacturer times done trough out weeks maybe months of testing and fine tuning, duh! Nissan times are done after so much attempts that even comparing them to other manufacturer times won't be fair much less so comparing them to independent times done in a single hotlap.
Sportauto laptimes:
7:36 GT-R MK2
7:28 MP4-12C
Deal with it.

@tim, the sportauto 458 time is truly bad, HVS's Ferrari times at the ring are terrible.

tim, the apolo isn´t a great car... the maclaren is a new car... look at brand new nissan it has less power but it is better...

read the thread,and put it in context,3rd fastest time behind the apollo and the gt2rs,10 seconds faster than a 458.HVS had 12 minutes to post this lap on a damp track never having been in the car before,when he races 911,s and was only 4 seconds faster in the gt2rs ,given time he would beat the 911 time as he has had 1000,s of laps in them against ONE in the 12c,when you watch the video he is surprised he went so quick first time out

I’m not trying to be rude but your either lying, remember incorrectly what your ...

I dont have the autocar issue.

That's the one okay, Hoppelmoppel123. Please feel free to add the performance when you ...

Good point, Speed King. I am agreeing with you. Britain has ...