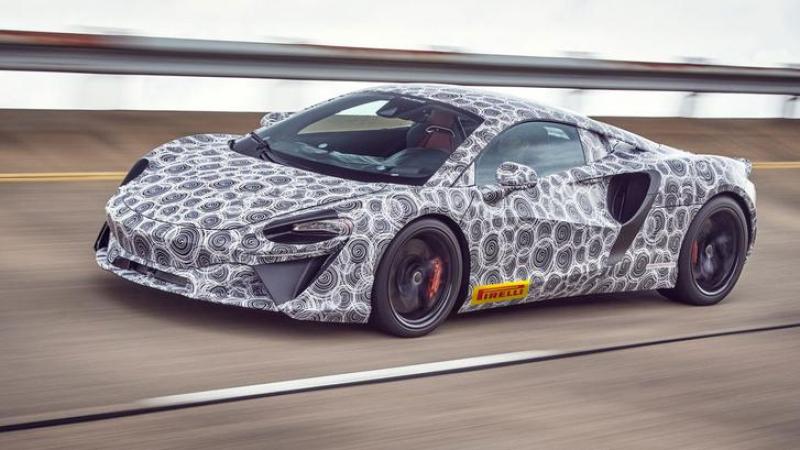 The concept called "HPH" (High-Performance Hybrid) is doing its last test rounds before going to production in 2021. The name will be changed, of course.

It's powered by a turbo V6 engine, and one or two electric motors. Switching to V6 reduces the weight of the engine, improves performance, and electric range, which is expected to be acceptable 32 kilometers (20 miles).

The new powertrain is not the only innovation in the HPH. McLaren will use the new, super-light, carbon fiber passenger cell called "MCLA" for the first time in this hybrid supercar.

This McLaren will be positioned between the McLaren GT and 720S both in performance and price.

How comes the admin hasn't banned the bastard with weird name? (Don't scroll down if you see this, you will see a lot of things you don't want to see)

"Between the Mclaren GT and 720S both in performance and price" so faster than GT but slower than 720S? Expected better from the new car.

great, this is what everyone's been saying, that if only there were more new mclarens...

that being said, they are probably going to make this and say it has 650hp, but it'll actually have closer to 700 and destroy every other supercar in its price range.

My thought is, more complex drive systems, that's just going to be another thing that will stop working on the Mclaren =/

One of the biggest weakness of McLarens were the bad launch due to RWD, the hybrid powertrain might compensate that.

Oooo a brand new engine in McLaren for the first time.... EVER!

Not ever-ever, of course, if you count the old F1.

If it sounds anything like the V6 Ford GT engine that will be a major turn-off...

So basically a McLaren NSX?

They're literally already delivering it

Well the site's called Fastestlaps! And that's what these cars apparently achieve! :) ...

Where Musk is concerned anything is possible. Who knows how much of it was ...