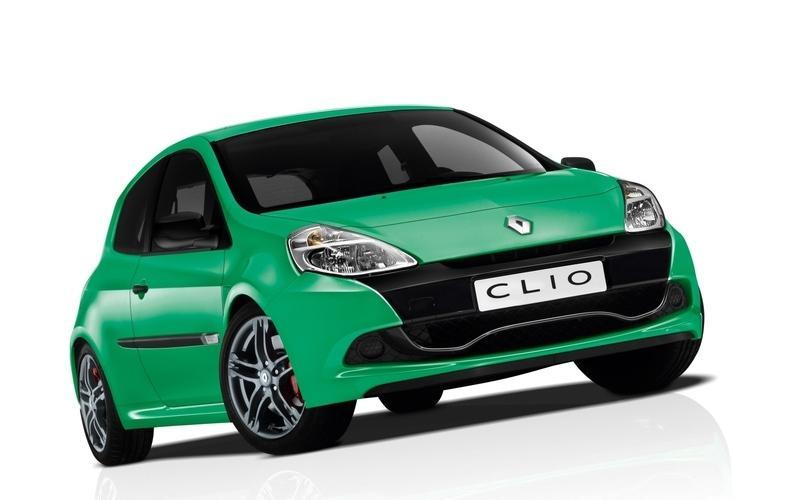 The revised Clio Cup is almost with us and aside from a slightly suspect face-lift to bring it in line with the Megane and Laguna, it looks like Renault have managed to further tweak the "little" Clio Cup. The new cup is finally distanced from the regular model, being 36KG lighter, with a faster steering rack and stiffer springs. The engine now makes 200PS and Renault say there is 20% more torque below 3000 RPM.

I say "little" because the current Clio is a bit large for a supermini. In fact, it is almost the same size as the old Peugeot 306. I'd say this Clio is probably the spiritual successor to one of my favorite hot hatches the late lamented 306 Rallye.

The Clio is all about revs, so you really have to "drive it" rather than rely on the torque that comes aplenty in most of it's rivals. At £15570 it is actually £425 cheaper than the old Rallye was when it went on sale at the end of 1998, making it for me possibly the best value performance car out there. I mean - you have to spend a fair bit more to get a quicker all round car. 15K doesn't buy a lot these days and the Clio is surely the ideal introductory track day car, being far more focused for track work than the regular Cooper S or Vauxhall VXR.

I look forward to seeing some giant killing lap-times appear soon in the motoring press!

i wonder if they make a v6 version of this mk of clio.

Before and after facelift, the Clio was always a good looking car. And as far as performance goes - it really may be the best performance/price you can get. Unless driving in a straight line, it can keep up with the much more expensive and powerful Focus RS http://www.youtube.com/watch?v=Ae4RqTW5UDU&feature=channel_page

much prettier than the car before the facelift.

I rather have the car before the facelift

This one's an absolute howler! I think it replaces the Bugatti Bolide in audacious ...

Edit: SCRATCH that, do you think you could do some calculations on the Lexus ...