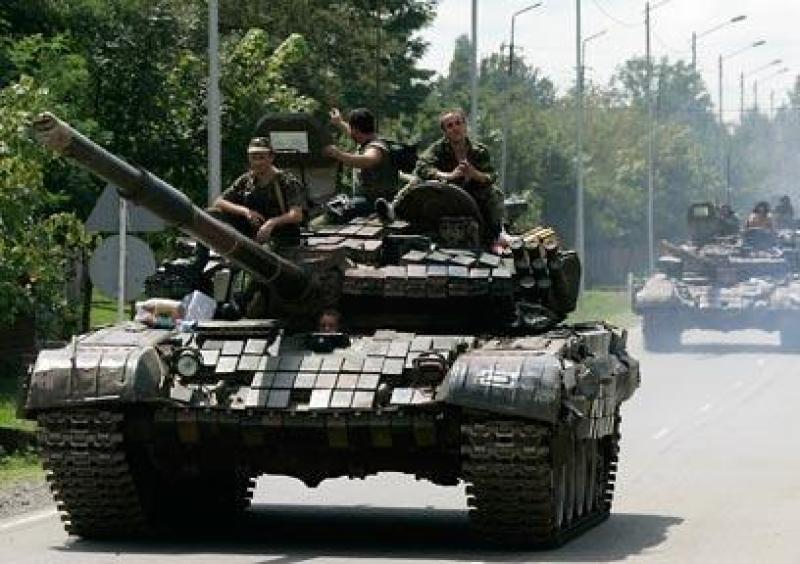 First Crimea, then a Donetsk and Luhansk. What's next for the red war machine? Is the automotive "heaven and hell" - the Nurburgring Nordschleife circuit near Nurburg, Germany - now a part of Russian Federation?

Perhaps not. Not before the folks in Nurburg are forced to go to a referendum and vote "yes". But this headline is not as far from truth as you might think.

According to German business newspaper "Wirtschaftswoche", NR Holding AG - a company associated with a certain Russian billionaire, is about to gain 66% ownership in the Nurburgring complex. The remaining 34 % will likely be owned by Capricorn - a Germany-based automotive engineering company which recently failed to secure financing for a complete acquisition.

The Russian oligarch, whose name I can't be bothered to spell, is reported to be a car enthusiast with expensive taste, having participated in this year's Mille Miglia with the iconic and painfully expensive 1935 Mercedes-Benz 500K.

After becoming the majority shareholder in the "green hell", I wish he considers inviting some of his "devilish" Russian peers to have a go at the Ring in over-boosted BMWs, Mercedes, Audis, GTRs and Porsches that we see on dragtimes.info.

The only problem with making such event is the requirement of "guts and balls" - it takes plenty of both to wind out a 700 horsepower 2 metric ton saloon around a fast dangerous track with more than 150 corners.

Most folks in the oligarch ranks probably can't take their racing much further than stomping on the gas and hanging on for 20 second straight line "pissing contest".

I don't think so. I think Obama is smarter than Putin. But Putin certainly has much more power within his country. He has a helluva lot power, he is like a king/dictator. Obama has practically no power, so he, basically, has to play a foolish role which may make him look stupid to you :D

Well, Putin is a lot smarter than Obama.

@flabernat
A small fact for you. People who support Putin also support Stalin, and, in fact, view Putin as modern Stalin.

And you are right, there are always people who support "the other side". Based on the recent elections though, pro-russain politics took less then 10% of votes in Ukraine (counting the votes in conflict area). So here I am representing the views of the majority of Ukrainian people.

There are always marginal people with random views. Hell, there are americans who wants Putin their president. Who cares?

@DDriver ...There are many Ukrainians who want to join Russia, plain and simple. The people of Crimea voted %90+ in favor of it. I met a Ukrainian(studying here in the US) who was in favor of Ukraine joining Russia.
There are two sides to this whole situation(just like anything), your opinion on the matter is dictated by which side you favor.

@Fastestlaps I sincerely hope you don't honestly think Stalin, who murdered roughly 7,000,000 of his own people, actually loved his country.

... well I'm done talking about this(especially here of all places). I've said what I had to say. So I'll just agree to disagree.

@Flabernat
I have a feeling you don't really know what's happening in Russia Federation. Putin failed to (or should I say never intended to) make Russia free from dependence on natural resources. And by the way, you got it all wrong. It's not Ukrainians want to join Russia and US is preventing that, it's Ukrainians want to drift away from Russia influence (and luckily Western countries are given some support in that), but Kremlin has other plans. Please check Transnistria, Chechnya and South Ossetia conflicts and you'll see that every time particular country is getting away from Kremlin influence some "separatists" movement arises armed with modern russian weaponry .

@Stan
Please enlighten me who's soldiers were taking part in the action during those conflicts.

They actually went through great trouble of transporting all those cars and equipment to Crimea, because russia currently has no proper ground passage to the peninsula.

It made absolutely no sense financially for them to host this event in Crimea.

Just as Crimean tourism industry has died (used to be beautiful, popular tourism spot), Kremlin policy makers have encouraged state company employees to spend their vacations in Crimea to the point of actually forcing it (only in russia, right?).

Likewise, they are paying private organisations to host events like this. Just to show the world that Crimea is not dead, even though it will be as long as it's under this occupation.

Strapping a russian flag on a skydiver as a public display over territory which russia recently invaded with troops, helicopters and APCs is different than doing it over Moscow, for example.

But hey, what can I expect, you actually did say that you have "great respect for V. Putin". That's like saying "I have great respect for J. Stalin, because he deeply cares about his country".

Russians are flying a Russian and SMP Racing flag? Wow, you'd almost think that Russians are proud to be Russian!?? 0_0
Oh and the whole "SMP Bank = banned under EU and US sanctions"... so what? Russia is done being part of NATO/UN, they want to be left alone, and be self sufficient.... Also, I saw this article. It made me smile. Nice to see there are still patriots out there who are proud of their country and aren't afraid to give the UN a big middle finger! :)
http://www.usnews.com/news/articles/2014/10/30/russias-motives-for-flights-over-nato-airspace-remain-unclear

Now they are hosting a Russian drag-racing championship in Crimea, Ukraine. And even flying a Russian and SMP Racing (SMP Bank = banned under EU and US sanctions) flag on a parachutist.

@Fastestlaps Uncle Sam is ruling Ukraine now, for sure, but not Russia)
You are too blind, man, too blind)

Personally I have a huge amount of respect for Vladimir Putin.
You may hate him, but that man loves his country. And he's dead-set on making Russia self-sufficient. This whole global-economy, and NATO BS has gone on long enough. I'm so sick of it...
Mr Putin just wants his country left out of it all. And if Ukraine votes to join them, then by all means let them... Who are we(USA) to govern the world, and tell other countries what they can or cannot do?? We can't even keep our own country from falling in on itself, what the heck do we know?...

@Fastestlaps, Uncle Sam is not ruling this world, the Globalists are. They just use USA politicians just as a puppet master would use his puppets...

Uncle Sam is already ruling. And that midged-ass Vladimir Liliputin thinks he can mess with Mr. Sam... haa haa not a chance Putin-Kaputtin.

...Uncle Sam is trying to rule the world.

Man, you are too blind if you are believing the things you have written.
It is not Russia started all the conflicts you mentioned. And I'm sure you knew that before you decided to write your last comment here.
Shame on you.

Don't worry guys. Just another round of sanctions and 66% share goes to 0%.

@MondayBlues You are too deep in conspiracy of evil Uncle Sam trying ruling the world. Everything bad happening in Eastern Ukraine is the consequence and responsibility of Kremlin. I am not saying you have wrong opinion about US, but in this situation western politics involved in this conflict are there only as a consequence not the cause

Just check Transnistria, Chechnya and South Ossetia conflicts and tell me the differences with todays Ukrainian Conflict. It is scary similar.

source: my family origins are 20 miles away from MH17 crash site.

The author is a
plain stupid idiot. To put the tank's picture in the title...one word - idiot.
It is the market, someone selling, someone buying. For some reason German reach guys did not find nurburgring as a good money investment...well, one man's fail, another man's opportunity.

nobody knows the things that will change due to this new owner.

Agree and I think it is free from politics, but this is just one isolated topic where we have a political discussion. Hopefully, it won't piss off too many people, because politics always upsets somebody :D