69 SSC claims back worlds fastest prodiction car title, and all the drama surrounding it 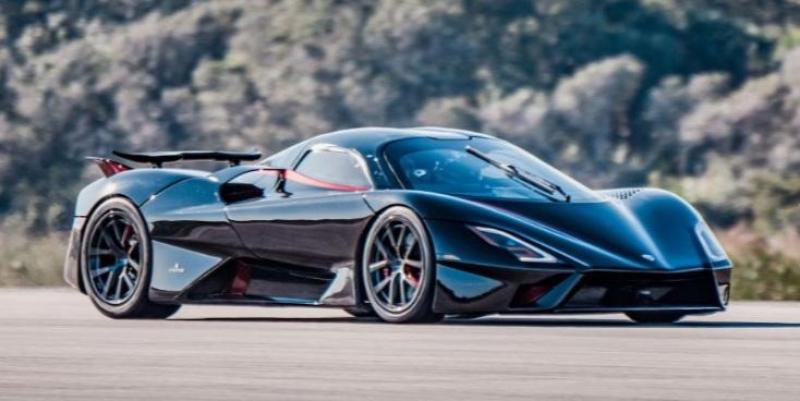 Video time, gear ratios and satellite positions just didn't add up. So, Jerod Shelby decided to come out and apologize for the opaqueness of the project and stated that he was going to run the car for the second time.

After a while, news got out that the car had done a second run, but it was, both disappointing, and hopeful at the same time - the owner of the car (a customer) was able to reach 252 mph before engine overheated.

What was interesting though, was that the gear reached used at 250mph suggested the car had lots more potential. All this put aside, people just weren't interested in "just another 250mph car", especially due to the fact that just before, they were claiming 300+ mph.

After another waiting period we got more news and this time it was really good news - SSC claimed the record again and this time (supposedly) for real!

The run was conducted at the Johnny Bohmer Proving Grounds at the Kennedy Space Center in Florida, this time with the proper equipment, and customer driving (again).

The number you ask? Check 282.9mph! Just to clear things up, Larry Caplin (the owner of the car) achieved 279.7mph on his northbound run, and 286.1mph on southbound run.

The car certainly has a lot of potential. But, damn, they have to be complete morons to not organize properly any of their 3 attempts...

Interesting how this car just disappeared and nobody talks about it anymore.

That's a huge difference from saying 331mph to 286mph. That in itself seems a little odd because if you are out to show off your car and how awesome it is why wouldn't you make damn sure you can get it above 300mph? If I owned the company and wanted the record I would made the run in the car prior to selling it and made absolutely certain that maximum speed was obtained.

I watched the video a few times, it still looks fishy. The SSC had an inexplicable sudden acceleration at ~ 276 mph to 286 mph on the second run amongst other things. After the first debacle I don’t trust them at all.

does anyone have an estimate for the 0-400 time, granted he didn't floor it until he was going 50kph due to limited traction (we also have to take into account that a different final drive (3.167) than standard (2.92) which was used get better acceleration on such a short stretch)

There are still a few achievements out there if the manufacturers (and Hennessey*) want to go for them.

*not sure if Hennessey is a true OEM at this point.

I'm actually impressed. Taking into account the relatively short distance to achieve the top speed and the fact that a customer did it, I think 300+ mph might actually be possible.

2,3 miles is too short distance for such a car, they need to find something longer to achieve the full potential of the car.

The thing that didn't make sense to me was that the Tuatara went from 260-270mph in 3.85sec whereas 270-286mph took 4.5 sec in the same southbound slightly wind assisted run according to the Racelogic GPS.

edit: was unsure of how formatting worked here but it seems to be the same as old.reddit

That's about 460kph, which is still really impressive. Hopefully people won't bash American hypercar makers so much after these news.

Ok so now I can add this to my list of cars to consider when I will be shopping for the 280+ mph car that I don't yet own, but definitely have to (everybody needs a 280+ mph car).