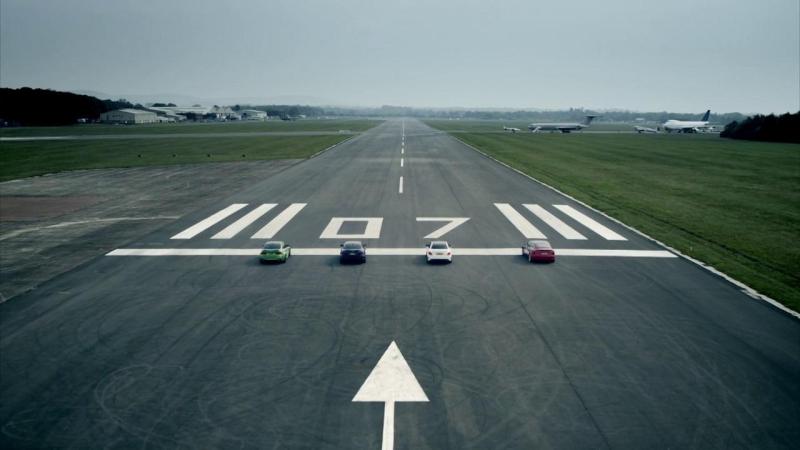 Yesterday Model 3 appeared in BBC Top Gear where it did rather well in a half mile acceleration test - leaving all competition multiple carlengths behind from the start before being narrowly beaten on the finish line by Mercedes C63 AMG. It also beat Alfa Romeo Giulia QV over a makeshift, low speed handling course (they should do it more often so we can get more times for it) and matched it within one tenth of a second over the full Top Gear test track.

The Top Gear track time is close enough to not allow any sensational headlines with categorical conclusions, like "Electric car beaten by petrol at TopGear track" or "Electric cars still not as fast as internal combusion engines". I am sure some will be tempted to pedal this kind of agenda anyway, even though the time difference, adjusted for potential inaccuracies in timing, could be negligible, if not reversed.

It appears that Elon Musk and Tesla have fine-tuned the power output of Model 3 Performance to beat all German competition in most meaningful tests, but not to do so with unnecessarily wide margin. This is to improve reliability and longevity while still being able to make the claim of having the fastest car in class.

Tesla also have refrained from publishing "inflated" peak power figures - the 444 horsepower quoted for Model 3 Performance is perhaps even less than what should be considered comparable with internal combustion powertrains, and in line with the modern trend of under-reporting power to make the car appear to be over-achieving and punching above its weight.

All the hype is going to the performance model, but I wouldnt bother. Just by the normal car, which is £37K in the UK, same price as a BMW 320d, but hits 60 MPH in 5.8 secs according to last weeks Auto Express test, 30-70 in 4.4 secs, is predicted to be worth £26K in 3 years against approx. £14K for the BMW, undercuts it on company car tax and significant running cost savings over 3 years. Its a pretty compelling package tbh.

Here is someone doing a track day in model 3 performance at Castle Combe: https://www.youtube.com/watch?time_continue=705&v=9fzPWJfTmnY
It's an an endless brag-fest and supercilious put down of stupid ICE drivers vs genius electron lovers. Then, at about 17:56, he catches up with the pack, with an FK8 Honda Civic Type R immediately in front of him - which over the next few minutes just blows him off and disappears into the distance - in a car costing only 59% as much. For the difference in price, you could buy enough petrol to drive beyond the Moon.

A BMW M4 CS is also better handling than a Model 3 by a considerable margin.

Listen, the model 3 performance is 100k , insane. The car cost the same as a z06? The z06 will do circles around a model 3 not to mention the lateral g the vette can produce , the model 3 , not even on the same planet in the lateral g test , not to mention you go from a hypercar look to a dodge intrepid like look in the tesla. The tesla has its place for city driving but not for extreme driving conditions , any pro driver will tell you that , mind you a pro driver isn't needed to drive a straight line performer like a Tesla. The model 3 performance did a 9 minute lap at nurburgring,, enough said.

Power is always tricky with electric cars. Same with range. It depends on weather, temperature, the illuminati, freemasons, anonymous and the lizard-men gods that control us. That being said, I still like electric cars, especially Rimacs.

The info below the vid clearly indicates that it's modified.

Good question. I believe the engine is not.