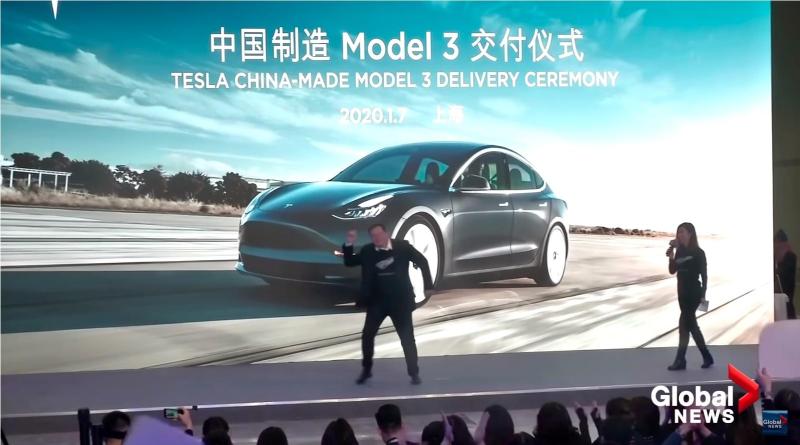 Less than a year ago it seemed that Tesla is doomed. Every headline, every news report was telling us how this company is on brink of bankruptcy, how Elon Musk is immature, impulsive Twitter troll who needs an "adult in the room" and how competition from China and Germany will soon make Tesla obsolete and nothing more than a chapter in history books, much like the General Motors EV1.

Pundits were telling us how often the first product in the market is not the one which ultimately moves the needle and becomes widespread success, much like how Apple wasn't the the maker of first MP3 player or first smartphone, Tesla was first, but wasn't going to be the Apple of electric cars.

7 months ago Tesla stock was trading at $185, today it is about to hit $500, and many of the rational, independent-thinking and irrational crowd-following short sellers have liquidated their positions.

From doom and gloom to Elon Musk dancing on stage in China in span of just little over half a year. What happened?

The sad reality is that nothing happened. Nothing of substance and nothing in the real world. Action which moved sentiment happened in the financial markets.

It is not the spotty faced gen-Z teenagers buying Tesla in their Robinhood accounts, who move the market and force experienced hedge fund managers to book big losses, both financial and losses in reputation - it is the central banks.

Nothing else matters, but the money printing which is feeding inflation across all assets since 2008, and even since 1970s, if you look hard enough.

Modern Monetary Theory (MMT) proponents will tell you how money supply is not growing out of control and how government debt is your surplus. The rest of us who are not lunatics understand that government debt (or "surplus", if you like) and Quantitative Easing are just obfuscated terms for the same old money printing. Call it what you want.

Most of the bearish talking points are just as true now as they were 7 months ago, and there is nothing particular about the performance of Tesla Motors during this time. It is just a part of global buyout of assets with freshly printed money, and it doesn't matter if it is Tesla, Nio, Wework or BitConnect.

While understanding this, we must also not fail to recognize how Tesla is different from other financially upside-down "Grand Unicorns". Unlike WeWork, Uber, Peleton, Netflix, Snapchat, Beyond Meat, Lyft and all the other "trash", Tesla is actually producing real, physical products and has physical assets. It is rare that in USA any company, much less a stock market darling, is producing anything real. Most are software companies or financial/services "nothing" companies.

In fact the entire United States economy is a "nothing" economy by large, with the largest export being the US dollar itself - again a "nothing" product, printed on nothing and backed by nothing.

I have never owned or short-sold Tesla stock and I would have recommended against doing either at almost any stage, especially today. However, I do have lots of respect for Tesla Motors and I recognize that it is world leader in several important areas.

If there was one Unicorn I wish could survive the coming financial markets crash, it would be Tesla. Even if they do not survive, Elon Musk's Tesla will always be remembered as the one electric car company which forced the rest of the industry to electrify. And electrification is coming with or without the money printing.

To those that have made Musk the world's richest person...you are retarded, greedy lowlife. That is all :P

$640 today. I am going on record saying that millennial money managers and retail investors are the dumbest in entire history of mankind.

Boomers weren't smart either. They were just lucky to get in the pyramid scheme at ground level. But at least some of them knew basics about price discovery and common sense. And all of them at least had the privilege to experience first hand what (minor) bear markets look like.

This is for all EV lovers urgh... On Friday Ionity, a joint venture between BMW, Mercedes-Benz, Ford and Volkswagen including Audi and Porsche, announced a new pricing structure that's gonna make it really expensive to use one of their charging stations. Apparently one is going to be paying 0.79 euros/kWh. I'm guessing there'll be fewer peeps taking long trips in their new beaut P100D's. If there's money to be made you can always rely on the Germans lol

Apparently Tesla's are possessed given that there are many complaints that they accelerate without warning causing crashes. I'm gonna have to start calling Musk "Christine":P

Forget about Tesla, apparently Musk plans to send 1 million people to Mars by 2050 by using a fleet of 1,000 Starships? yeah keep dreaming lol

It's interesting that GM has decided (reportedly) to make electric Hammer. I am sure that has absolutely nothing to do with the publicity and reception (preorders) of Cybertruck... Just a coincidence :D

I think the Tesla Triangle Truck will outhummer any Hummer. You can't make a more robust looking thing even if you tried.

First off, no it didn't hit 500.
Tesla stock has been the most stressful stock to hold over the last few years. I had a lot of shares pre "420 private buyer" incident. Held through all the way down to $250 and then sold all of it around $360.

All these cars are out and nobody I know who wants an electric car, wants anything else but a Tesla.

the bubble may be ready to burst just like in 1999. and the funny thing is that Europe, and in particular countries easily speculated against like Italy, will pay most of the US bubble bill...lol