197 The Bugatti Bolide is a crazy, track-focused hypercar! 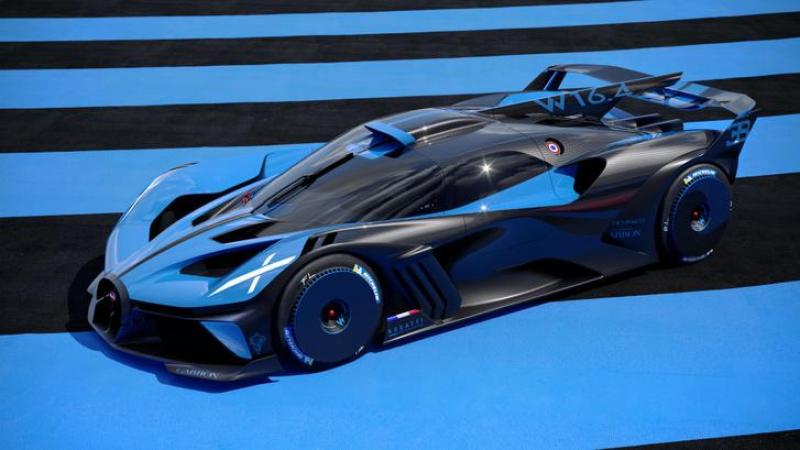 The new Bolide track-only concept car is definitely the fastest Bugatti ever. No surprise, as the W16 quad-turbo engine produces 1825 horsepower and 1850 Nm, and car only weighs around 1240kg.

1825 horsepower and 1240 kg equates to an incredible 1.5 hp/kg power-to-weight ratio, which is better than almost anything else, including LMP1 and Formula 1!

There is no shortage of downforce either - the wing, the spoilers, and the huge diffuser are generating 1.8 tons of downforce at 320 km/h.

Body is made out of titanium, carbon fiber, and other lightweight materials, to reduce the weight and lower the center of gravity. The Bolide has 400 mm wide slicks at the back, to maximize grip in corners.

Bugatti claims the following acceleration figures and lap times "based on simulations" for the Bolide:

So this 3D printed material stuff is lighter then carbon, then how come they didn't make every piece 3D printed?

Quote>"Skip
40 units of the Bugatti Bolide will be produced as a few-of model.
Bugatti Developing Production Version of the Bolide Experimental Hyper Sports Car
MOLSHEIM
13 08 2021
Extreme, light, and unbelievably fast. Bugatti unveiled the Bolide as a one-of-a-kind experimental vehicle in October 2020, and work on a production version has now begun.

Raw and authentic. The ultimate driving machine, the quintessence of power, lightness, and acceleration. When Bugatti presented its Bolide technological concept in fall 2020, it was initially a drivable experimental vehicle - a one-off. But now, the French luxury marque has announced at The Quail, A Motorsports Gathering in California that the Bolide1 will be produced as a few-of model.

“The Bolide generated a great deal of enthusiasm and intrigue last year. Following its presentation, a significant number of enthusiasts and collectors asked us to develop the experimental Bolide as a production vehicle. I was absolutely amazed by the reactions and feedback from customers from all over the world,” explains Stephan Winkelmann, President of Bugatti. “We therefore decided to make the Bolide a few-of in order to give 40 customers the opportunity to experience this incredible vehicle. Our team has now been developing a production model - the ultimate driving machine for the track.” This will make the Bolide the most extreme configuration level of the legendary 8.0-liter W16 engine and a must-have for Bugatti collectors.

During its thought experiment in fall 2020, the French luxury automobile manufacturer presented the answer to the following question: What if Bugatti built a radically light vehicle around the legendary 8.0-liter W16 engine? The upshot was the experimental study of the Bugatti Bolide as a racetrack-oriented hyper sports car with a production-based W16 engine and minimal bodywork designed with maximum downforce in mind. Presenting this engine in its purest form is the quintessence of the Bolide.

Developing Bolide around the power train
With the highly limited-edition production Bolide, Bugatti engineers and designers have created the most extreme vehicle concept ever to have been conceived around the powerful power train of the W16 engine with four turbochargers, offering the promise of the ultimate Bugatti performance kick. “For me, being able to turn the radical thought experiment of the Bolide into reality as a production vehicle is a dream come true as it is by far the most challenging project of my 17-year Bugatti career,” explains Bugatti Design Director Achim Anscheidt. The design of the Bolide follows the minimalist approach of the Bugatti style philosophy of “form follows performance” and is additionally founded on an uncompromising lightweight construction approach. It pays homage to the brand’s glorious motorsport past of the in the 1920s.

The numerous air ducts and delicate front end are more reminiscent of aerodynamically sophisticated Formula 1 cars than a hyper sports car, and they dominate its look. The Bolide sits very low to the ground, with an air intake scoop on the roof and an ultra-sporty seat position. In combination with the striking rear diffuser, the dominant rear wing results in high downforce and therefore, limit etc."

Bugatti Bolide PRODUCTION specifications acceleration metrics coming soon. I really LOVE this PRODUCTION car so much. And you know someone's going to put some number plates on it? And why not? Everyone else does?😂💯

How the FK did Bugatti come up with 400-500km/h in EIGHT seconds? Forget everything else? I mean, what abacus did they use?😂

We'll do some figures for the Bolide soon...

HOLY HELL THE BUGATTI BOLIDE IS GOING INTO PRODUCTION!

Quote>"Bugatti has announced at The Quail Motorsport Gathering that it will be producing no more than 40 of the production Bolide, set to cost the equivalent of about $4.8 million. By our reckoning, that makes the Bolide the most expensive track special so far, considerably more than it would cost for a couple of seasons as a gentleman driver in a top-flight GT3 championship. But that’s not the point, of course; this is a car designed for those with the financial means to scratch any automotive itch."

Bruh this car was unveiled 7 months ago?
I thought it's more like 1-2 months

According to Bugatti the Bolide needs 110 octane racing fuel to generate 1825hp and using 98 octane makes 1600hp. That buggers up the simulated acceleration figures so if they ever produced a street legal version, using semi-slicks instead of racing slicks, it would be considerably slower...

So I got my popcorn out for all the ROFL below! Hahahahahaha! 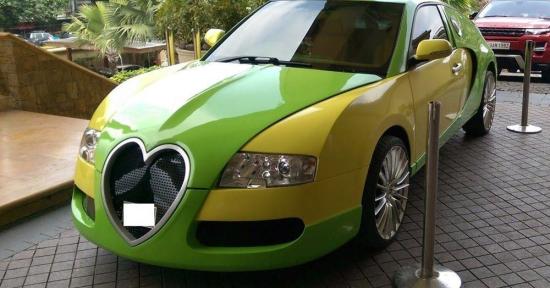 This is the statement by Bugatti below their latest video... "The BUGATTI Bolide achieves figures that are almost on par with Formula 1 while its top speed is well above 500 km/h – without compromising optimum handling and maximum agility. The Bolide takes 3 .07.1 minutes to complete a lap of Le Mans and 5 .23.1 minutes to get around the Nordschleife and thus promises to offer the ultimate BUGATTI performance kick."

So taking that statement literally they have already done a 5:23 lap at the Nurb lol
https://www.youtube.com/watch?v=a5t0PLqMy74