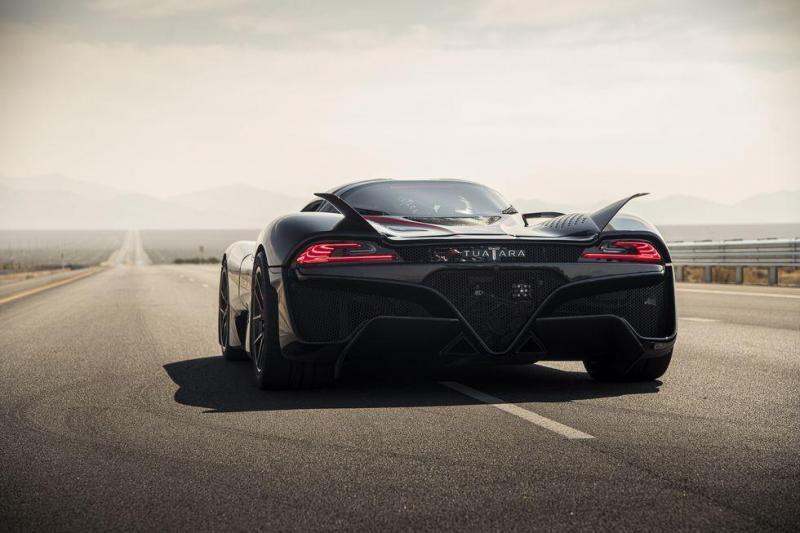 Shelby SuperCars Tuatara is officially the first 300mph car in production. According to Road & Track, the 1,750 hp hypercar hit 331 mph in tailwind direction and 316.11 mph average over both direction.

SSC claims back worlds fastest prodiction car title, and all the drama surrounding it 26

The SSC Tuatara made a second record attempt but overheated at 252mph so back to the drawing board
https://www.hotcars.com/ssc-tuatara-suffers-heatsoak-setback-in-second-record-attempt/

I'm still waiting for another run...

We now have Fenske(Engineering Explained) with his 2 bob's worth and it points to only one thing, which is obviously deception. I wonder if Shelby is related to Trump? :P

The plot thickens with Shelby responding to TopGear. He claims the diff ratio is 2.92 and not 3.16 and that they used military grade measuring equipment. What's more the speedo was out 14-15 mph at 200 mph. Seriously do the run again with speed traps FFS
https://www.topgear.com/car-news/ssc-responds-331mph-video-accusations

Is this the best that MotorTrend could come up with to challenge the video evidence which speaks for itself?? Bloody amateurs lol
https://www.motortrend.com/news/ssc-tuatara-top-speed-record-gps-validation/

SSC is standing by the 316 mph claim
http://feedproxy.google.com/~r/carthrottle/~3/MU6wiY6TRo8/
Without even mentioning a thing about maths or Youtubers

Concisely they determined the car which hit 7300rpm in 6th gear, which was only 247mph... And the math works out that the car avged only 216mph through the 2 U-turn sections, while the "gps" said it avged 289mph.
https://www.youtube.com/watch?v=fSNRKBj_hUE&ab_channel=MishaCharoudin

It's a shame, the much delayed Tuatara is likely going to bankrupt SSC after the lawsuits that will come after this, assuming they sold all their cars. Bugatti may throw in a suit as well for good measure too =/

Nor should they have given the latest expose lol 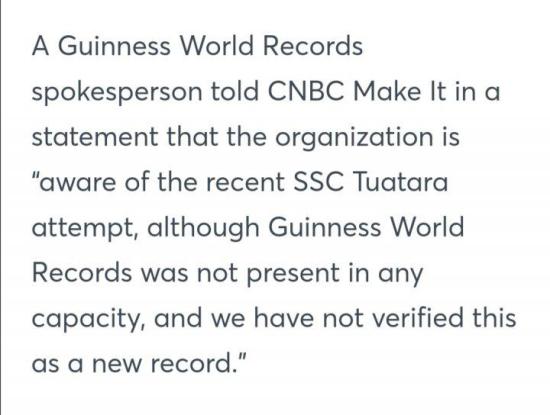 I'm really really disappointed. At 12:41 in the video, you can see clear proof, the record is fake.

Shmee exposed it as a fake just now

do you think the 301 run was sandbagged?

i know uphill/downhill is a factor,though that depends on the gradient of the hill

''So they forgot to add a small gps device to verify it ?

Money well spent LOL''
could the speedo (assuming the speed shown in the video is from the speedo) be overrating and the car actually hitting around 325 mph?

if you read the article carefully, you'll see that 765LT laptime mentions there. ...

its not really a good indicator of track performance this track. (e.g) the 600lt ...