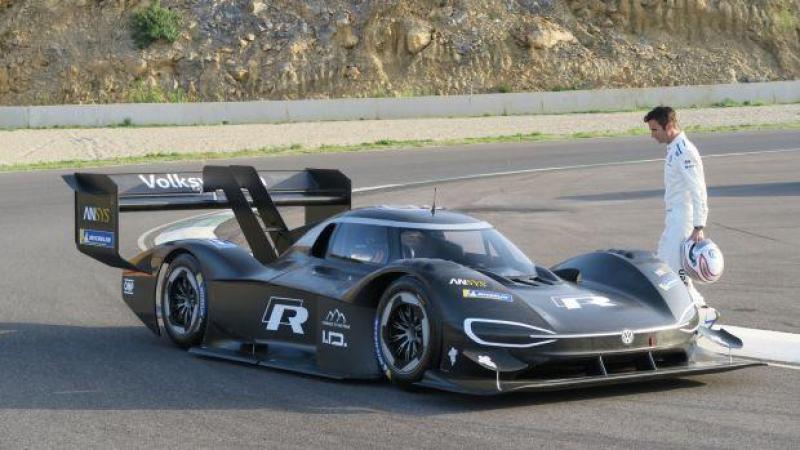 VW, being the resourceful German engineering company, didn't cut any corners (at least off the track), and conceived a car capable of beating the best that internal combustion can offer.

Not only did they accomplish the goal of beating electric car record, they also beat the absolute record (8:13.9) held by Sebastien Loeb and the awesome 900 horsepower twin turbo V6 Peugeot 208 T16 Pikes Peak and became the first vehicle to break the 8 minute mark.

43.05 seconds up goodwood hill climb. Only just 1.3s slower than the full blown F1 record. No way does this car only have 700hp

"With steady improvements in lithium ion battery tech" i do not think there has been any of this over the last few years. You seem to overlook at the fact that the old electric car record was set by a gang of amateurs welding pieces of metal in a garage. From what you wrote, it looks like volkswagen group motorsport knowledge, R&D, and budget they poured in the project had no relevance, lol.
I am not sure you fully understand who are the usual competitors in this race.

Faggioli norma was in second place with a car running in lower power setting still set a crazy time. Check his on board out. 8.37 still mad fast

Beating out a 1000hp/ton factory backed racer with the best rally driver of all time. I knew the IDR would be fast, but didn’t know it would be THAT fast. Crazy