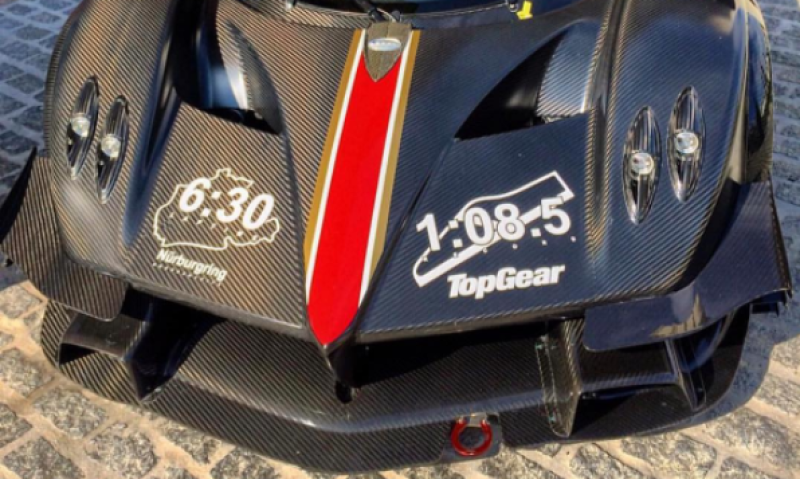 Several websites are referring to social media posts suggesting Zonda Revolucion has set a laptime of 6 minutes and 30 seconds.

6:30 means the 800 horsepower light-weight track-special has beaten Porsche 918 by 27 seconds. It would even humiliate the 6:48 Radical SR8LM time recorded by Michael Vergers, which is the current fastest Nurburgring Nordschleife time for road-legal cars.

There question is, do we care about this record? EERCDITCs have never been my favourite class of performance cars, because they are not much different from any race-car. The only differences are high price tag, exclusivity, and extreme power and downforce, due to absence of regulatory restraints.

It is reasonable to think that no current race-car (excluding Formula 1) is faster than an EERCDITC. But even with all the downforce, you would have to be incredibly brave to do 6:30 around Nurburgring Nordschleife. 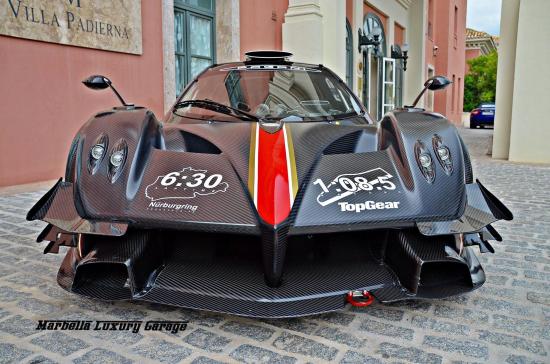 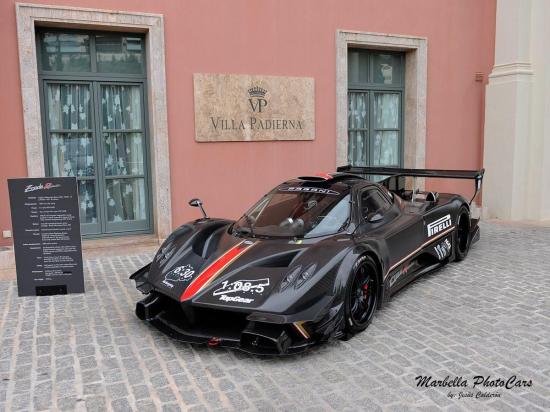 Also, the Zonda R (according to very same driver of the 6:47 lap Marc Basseng) had a potential to be even 5 seconds quicker than its registered record, thus it's only natural for something like the Revolucon to approach the 6:30 mark.

video or it didn't happen

More time passes, the more I believe it only happened in Photoshopland.

Not that I was convinced it was real from the get go - I wasn't. But even Car & Driver, I think, was quick to publish this as news.

video or it didn't happen

The Nurburgring is all about pretty long straits and high-speed gut-busting turns. Cars that have a good top speed, but can also handle that speed with huge amounts of downforce, tend to do well there. Perfect for the Zonda R and Revo. And I'm so curious now to see the Viper ACR tackle it. On the long straits, a 177 mph top speed may hamper it, but cornering make up for it?

But Pikes Peak is partially gravel. Two wheel drive on gravel is hopeless.

no. pikes peak is entirely paved since 2011.

There's that famous picture of it drifting on gravel.

And the lancia stratos.

in european hillclimb championship races a gp2-class car is normally more than 30 seconds faster than a dtm-class (e.g. audi quattro) in a 5-minute race and even faster than the best "rally-derived" cars. any standard f1 car of the last 20 years will have no problems in bettering the 208 mark at pikes peak, although power delivery for non turbo engines, should be assessed for that particular race.

But Pikes Peak is partially gravel. Two wheel drive on gravel is hopeless.

however, the best cars for hillclimbs are not f1-style monoplaces but osella/norma prototypes: besides regularly winning every hillclimb race they enter (in the last decade thanks to the likes of Simone Faggioli), in 2014 a 450hp norma was (only) 50 secs slower than loeb's 208 record.

in european hillclimb championship races a gp2-class car is normally more than 30 seconds faster than a dtm-class (e.g. audi quattro) in a 5-minute race and even faster than the best "rally-derived" cars. any standard f1 car of the last 20 years will have no problems in bettering the 208 mark at pikes peak, although power delivery for non turbo engines, should be assessed for that particular race.

Well when I thought tight hill climb, I wasn't thinking about goodwood. I was thinking, pike peaks. Take any 2000's F1 car and it would struggle for power at the high altitude, and struggle putting down the power out of the tight hairpins, let alone getting enough tire temp to get grip at such altitudes.

For sure. F1 cars have no turning radius, they are crazy low and stiff as hell.

i disagree. revolution is a mild evolution of r and will be a bit faster, tyres being equal. i also disagree that you have a 4000km-reliability in an intense track use. that engine is way more pumped than that of clr: to make 800hp it must reach a 10000rpm figure (pagani's lower figures are pure bullshit). should that car enter a 24hr race, it would melt down by half way mark.
What 4000km refers to is the warranty Pagani provides, i suppose.

" A 208 PP for tight hill climb tracks will beat F1 cars" not a chance, on a decently paved road. These races regularly happen in the hill climb circuits and the rally-derived monsters are not competitive at all with gp2/f3000-class cars. however, 208 will be easily faster than a revolution on almost all tracks magazines test cars (such as top gear parking-lot) as they are quite slow. i do not know on nurburgring.

It all depends what kind of track. A 208 PP for tight hill climb tracks will beat F1 cars. But it's too short too tall and geared too short for high speed cornering. I recall the car was slower than a nascar on the first flat out sector of goodwood. Due to the limited top speed of course. On a track like Nurburgring, silver stone or spa, monza the revolucion should win. Elsewhere hard to say

Just by looking at the 208 PP, it seems like it doesn't have as much downforce. It's a tiny car. Without that monster front splitter extension and rear wing, it would be useless.

Thats another racecar in the prototype category - not derived from road cars. But I think Revo would win. PP cars are closer to rally cars than ultimate GP racers.

That doesn't mean the PP 208 wouldn't destory the Zonda in a drag race. Because it absolutely would :D

But not a very long dragrace, cause I assume its geared short.