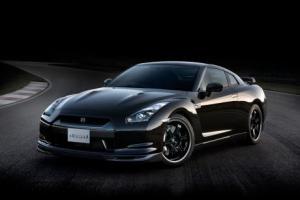 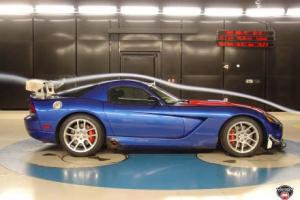 Why compare a 5 year old carrera gt to an acr and spec v when you should be compareing those 2 cars to the gt2 and when you think about it the spec v and acr's benchmark was the gt2 and wich came out last year so it would be much more sensible to compare a acr and spec v to a gt2 rather than a 5 year old carrera gt and you got to admit that what the gt2 doess with only 530hp is pretty impresive but by the looks of things the base 2010 gt-r s lap off 7.26.7 (3secs faster than the 2009 gt-r s 7.29 lap) is just a warm up for when nissan takes the spec v around the nurburgring i mean by the looks off things i think nissan is trying to break 7.20

WTF? essentially tuner? wow, your fkn stupid to say that. and porsche does have a 600bhp car, its called a Carrera GT, and it still gets beat by them both.

Whatever, they are both essentially tuners, but what happens if Porsche comes out with a new 600hp 911, will we call it a tuner also????

Wrong yet again, that Tsukuba time was on a WET track if you hadent noticed, i canot believe that you would actually think it would be slower ROTFL

Its funny how at Tsukuba the spec-v was a little over 1 second behind the stock GTR??? Does that mean that extra weight gets the power to the wheels better??? So than maybe its ring time will not be as good as the stock GTR, we will see.

Las time i checked the GT-R did a 7:26.4, and if you really think this SpecV will be slower, than no offence, but your an idiot. and yes there are people who over pay for a car, hence buying a Bugatti Veyron.

Theres always a few idiots who will overpay for a car but i guess thats just preference but in the case of the spec-v it has recorded slower times than the base gtr while at the ring everyone is aware what the Acr can do so i think and know the spev-v will most likely do a 7:30 but it all depends whos driving.

but its not worth DOUBLE the price of the Base GT-R.

With the dealer markup, people WERE paying double the MSRP for the base GT-R.

you should NOT underestimate this SpecV...At All, but also remember the ACR can still go a good 6 orso seconds faster, as stated by Tom Coronel, every lap he did was just talking of seconds, one lap he even took a whole 20seconds off, but at the end of the day he just called it. but i still do believe the ACr will be faster, but this should definetly be hanging around it, but dont be underestimating it. and its definetly worth $160,000, but its not worth DOUBLE the price of the Base GT-R.

Waiting for nissan to anounce the spec V 's alp time is already starting to feel like an eternaty are they trying to make the first road legal proiduction car to get under 7.20 or something like that but for now we can only compare these cars striaght line speeds wich sucks becuase off all that power you know the viper acr is going to leave the gt-r spec v with no launch control at the start but what would happen on the nurburgring?!!! some one respond with estimates.

I have the only black one. I track it regularly.

Mostly on that picture

Tell me about it.. The cars themselves are actually easy because they have hardly ...

I can imagine how boring it is to add all the ...