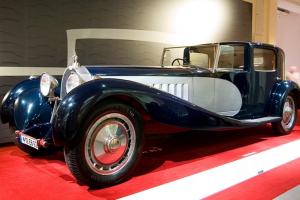 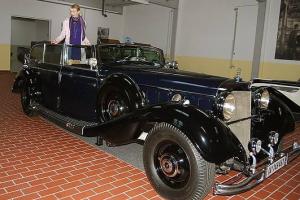 However, FastestLaps.com does not have enough laptimes and performance data to make this comparison conclusive.

This comparison has been viewed 1k times.

At least my emperor didn't use that Mercedes again today.
Today his car is Toyota Century Royal which only available for Japanese market only. Powered with 5.0 L V12 1GZ-FE engine officially rated at 276 Hp. (But I think the emperor car must be had more power than that) The Century Royal is exclusive to the Imperial Household and was presented for service July 7, 2006. When the Emperor is riding inside, the Imperial Standard, known as the Imperial Seal of Japan is displayed at both the front and rear of the car in place of a license plate, and on the exterior of both rear passenger doors, displaying a 16 petal chrysanthemum, in golden colour, in reference to the Chrysanthemum Throne of Japan. It's heavier than Rolls Royce Phantom and has same length as Maybach 62.

"Which one is the perfect car for emperor?"

@ Fangio Man: I'd go with the Bugatti, too, not enough people hate me for me to need an armored car. LOL

"I think that Bugatti is more royal than Benz."

That is also because it is called "Royale". :D

you're right...the 770k is a bit too much dictator (couldn't resist)

Which one is the perfect car for emperor?
I think that Bugatti is more royal than Benz.

The acceleration figures in the video are the best i've seen for the Performante ...

Also remember to add the other cars in the race too Like GT2 RS ...

Sorry I will address this later today.

Hello? If you don't want to put the time you can at least response ...