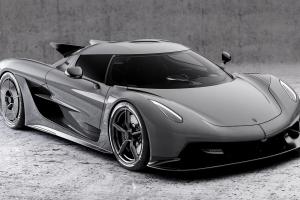 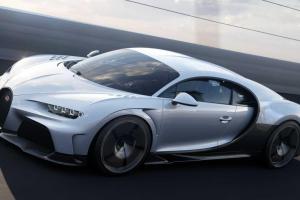 This comparison has been viewed 215 times.

Unfortunately we don't even have factory manufacturer acceleration claims for the Koenigsegg Jesko Absolut. Until proven wrong the BCSS will be certainly upto 186MPH within touching distance. After that even the monstrous W16'S cannot bend the laws of gravity, although they can be "warped" somewhat.

It's possibly an unfair comparison anyway as the BC platform was developed for atleast 3 maybe 4 years before its launch in 2016.

It should be compared to the Koenigsegg Agera RS.

To be fair the Chiron rides on the same platform as the Veyron, like the F8 and 488 are to the 458

I wouldn't disagree mate, though the Bugatti Chiron did have a completely new suspension system and absolutely differentiated carbon fibre monocoque ground up brand new (with would you believe LESS torsional rigidity than the Bugatti Veyron!) but yes the engine and transmission and four-wheel drive systems are essentially very heavily modified. See I'll admit that, it's the absolute truth. Unlike fans of other marques that never will, about their own cars.

Only way for Aventador to be "faster" is with that shorter gearing sequential trans ...

Aventador weighs so much more though

The clown pfp really makes it obvious what we should think of him 😝 ...

I find it remarkable that the owner of Fastest Laps is prepared to accept ...