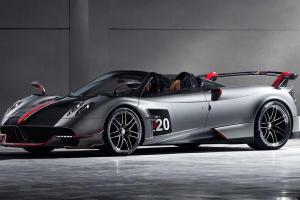 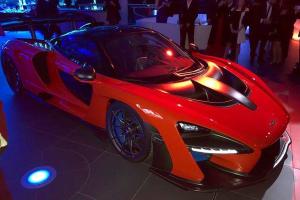 Senna (P15) is the fastest by considerable margin.

This comparison has been viewed 253 times. 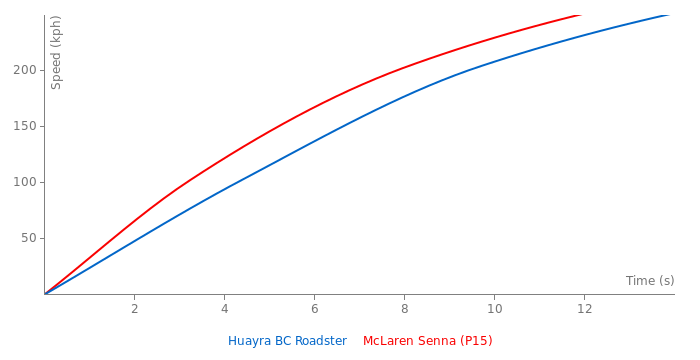 McLaren have some kind of a bad luck with their top of the line track oriented supercars.
In 2014, the stunning-looking P1 was incredibly fast on the tracks. Much faster than almost all opponents, but to McLaren's disappointment, it turned out that the Porsche 918 on a tight course is usually faster. Also this story with the claimed “under 7 minutes” on the Nordschleife and no evidence presented, also tarnished the reputation.
It seemed that McLaren would take it’s revenge with Senna. Hardcore track-oriented a bit ugly hypercar showed unreal fast laptimes. But, now it seems that everything could be ruined by Huayra, which being much slower on straights, looks like better in cornering. Would be interesting to see more same driver/conditions tests. When Randy Pobst tested these two on Laguna Seca, Huayra BC proved to be faster if I understood correctly.
At least Senna is 3 times cheaper...

If you compare the acceleration between the Senna and Huayra BC at Spa the Senna is only marginally quicker and has a slower top speed on the straight. Corner speeds are not that dissimilar. We'll need to wait and see a comparison between the two on different tracks to get a better idea.

Both cars run in trofeo Rs....

I know but the senna has skinny tyres ....

So if McLaren and BMW and Mercedes, I'm fairly certain of ...