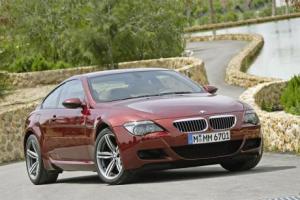 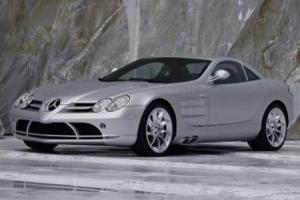 SLR is the fastest by considerable margin.

This comparison has been viewed 143 times. 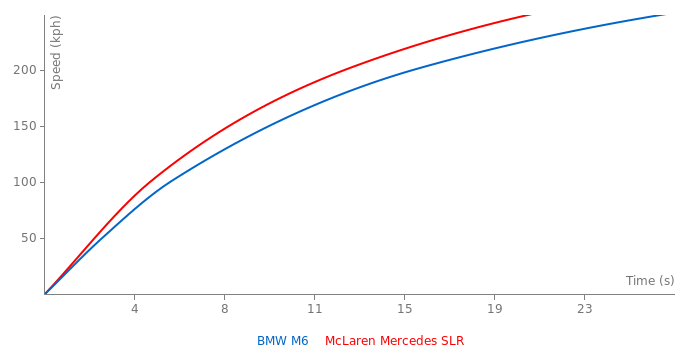 I stand corrected, the SL55 DOES NOT match with the SLR to 300kph. I was informed several times that it was a mistake in AMuS's writing. That "32.5s" print was actually supposed to read 52.5s. And the M6 is just about five seconds away from the SL65 to 300kph.

From what I recall, the SL65 got 31s to 300kph, okay same with the SLR. The SL65 clearly has better aerodynamics than the SLR.

I used the best case scenario imperial-to-metric translation for the BMW solely because of closer gear ratios from the 7-speed sequential "manual" and quicker shifting times, whereas with the Mercedes twins I only used the worst because of the sluggish 5-speed auto (all three cars reach around 45 mph in first gear, by the way). Hence the bigger gap in the SLR and the SL65.

The only thing that holds this particular comparison back from being "direct" is obviously the starting price point. I was actually very surprised to see an SLR Roadster last week, but I have realized that the SLR isn't much more of a supercar than the M6.

Afterall, the SLR is based on the SL500 (not the SL55, because it hardly had anything to do with AMG other than the powertrain) with a much more cosmetic design, much sexier styling, and much better handling. The same exact thing can be said about the M6 being based on the 645i, but the M6 used a completely different engine.

Like I said, the SL55, SL600, SL65 really are not competitors to the M6. Back then, AMG wasn't the track- or sport-focused division like it is now. Nowadays it can rival M, but the SL55, SL600 and SL65 (and their "bigger" CL equivalents) were much more comparable dynamically to the Alpina B6 and Bentley Continental GT.

hostboy wants to add some more  2m ago

The BMW was underrated for insurance reasons. The factory 500hp rating is incorrect. With its factory compression ratio of 12.0:1 and a bore and stroke of 92mm x 75.2mm, it was producing more like 530rwhp@8000rpm (or 590chp). Naturally aspirated though.

The Mercedes was not underrated (unlike most other Benzes), and it had much bulkier aero (and for a supposed "sports car", frontal area). It had a compression ratio of only 8.8:1, but it had a boost pressure of 0.9bar (13psi), allowing it to make as much as 560rwhp@6500rpm (that's 620chp).

In reality the two cars are only 30bhp apart.

The SLR and SL65 are equally fast aside from the aero allowing to the SL65 to reach a higher top speed. The M6 is barely slower. And yes these are results on normal asphalt (but with prepped tires), not downhill like how some "crazy" mags test them.

See, that's one of the main reasons I research my stats myself instead of relying on every single source I find or every acceleration video on YouTube. Mistakes are prone to happen, even to the best of us. And that way you can be easier to call a source out for being too slow or too fast

660hp is crankshaft power. Technically it's 515rwhp (rounded to the nearest 5) but the "traditional" 5-speed auto isn't as efficient as the one in either its SLR sibling (Speedshift baby!!) or especially the one in the M6 (which is a sequential manual).

SL65 AMG was in the 18.x range if I recall correctly, the SL55/600, and CL-anything could absolutely not touch the M6. The dynamics of the M6 were closer to those of the SLR's; SL and CL AMGs were more like Alpina B6.

MCLAREN SLR IS THE BEST CAR IN THE WORLD

They may move to electric front hubs for a linked four wheel drive system. ...