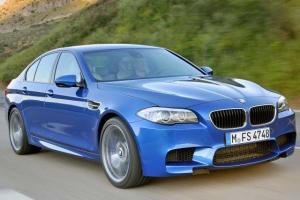 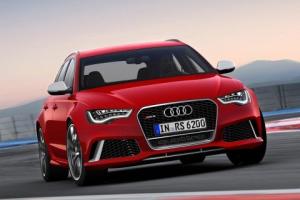 RS6 is the fastest by a small margin.

This comparison has been viewed 10.4k times. 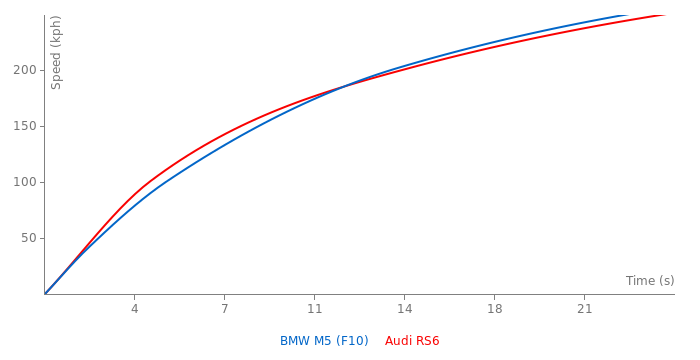 Audi RS6 won as I Expected.

For most drivers in real world weather where most people drive, the RS6 will be faster. BMW a great car though.

"And a 4wd version of an E63 is Fkn retarded, MB just lost its Hooliganism..

Still, you can be Clarkson, if you have the BLACK series. ;)

I hope the E-Class BLACK will be introduced some time further.

And here is more pictures of the RS6 Plus C6 model.

Of course there was...

It didn't have power boost.. but still. It's official.
Even before RS6, the first S6 C4 did also have its Plus version.. so it's kind of tradition.

....The fact is, there was no C6 RS6 Plus, doesnt matter if it has optional equipment or not, Any one can be exclusive with options, that doesn't mean its a Plus, Audi didn't make a C6 RS6 Plus, simple fact, and theres no Plus Version Audi WITHOUT a power increase.

But like I said, im hoping for a Plus version,(The S8 already produces Way above its advertised Bhp levals, so this one prolly produces 600Bhp already..) But I don't see many people in the market shelling out an extra 20k+ for an Estate car. not over the 78k Listing price, I just don't see Audi making it, nor it being a hot seller, but, I could definetly be wrong.

"The second-generation V10-engined RS6 didn't get a power jump for its run-out Plus model. Why? Because Audi knew its V8 successor wouldn't (initially) top the V10's 572bhp, so instead focused on adding optional equipment. The only performance tweak Quattro undertook was to raise the speed limiter from 155mph to 190mph".

Unfortunetly, unless you live in the Usa, we don't have the option of getting Manual Gearbox, Only DCT is available.
@Explain

I hope there's a Plus, but how many times has Audi said they were building, or planning a car...and never did?...They didn't the last Generation, and the previous Generation before that wasn't a big seller. And the RS7 isn't an Estate obviously, but don't use a shape as an excuse, there track tims or acceleration times will Hardly vary if at all.

And a 4wd version of an E63 is Fkn retarded, MB just lost its Hooliganism..

Though current avant version of RS6 may be faster than M5 sedan on some tracks, it is slower on straight line especially at high speed compared with M5.

to bad that audis real performance car, the r8 is a pos and bascially loses to every competition.

i think the potential buyers of a rs6 or m5 dont really care which car is faster on the track. they will just go for the brand.

@ddd
Oh, so R8 V10 plus is stupid too? Don't be a kid. In today's period of power-wars, some extra power combined with the improved suspension, brakes etc. is a big Plus for the track performance. And I have hopes on RS6 Avant plus.

Of course there will coming the RS6 Plus, you've have see the different RS6 plus model in every the RS6 generation.

But that is not sure, does the RS6 Plus come in this gen RS6 or in the facelift RS6 model.

BR2' and his "doubting"...clairvoyant back again?
And you again forget that the RS7 is NOT Estate.

All that argue is senseless. You don't have a complete verdict. There is no even power to weight ratio data for Audi, so it reduces points. And no performance data. And the track competition consisted of both wet track does not claim a total verdict. So please wait.

But my opinion, Audi is more a technically advanced car - better acceleration, better traction, more practical than the BMW. But I think.. I would actually take an M5 over RS6 Avant, because Bimmer is RWD - more fun, more maneuverable, and available with the manual tranny, even though it's just slow compared to the DCT. No, don't think Audi is anyhow worse than the M5, it is excellent, but I suppose with Bimmer I would live better.

But when the word AMG is mentioned, the choice is getting even harder. Everyone has its own advantages. And then comes Panamera, Caddy and the current 4porte as the top competitors... But I would never take any of them, because M5 / RS6 / AMG are simply much sexier... The previous 4porte was Magnificent, but shamefully, it's already out of production... BUT there is also another candidate, and it is from Britain. And its name is.. Jaaag XFR-S. The best out of them all. Period.

audi probably sent out a ringer to beat the m5

Theres a good chance the RS7 could be faster, it should since its a higher RS version then the 6, but I don't see that happening, or at least barely noticeable, I also don't see weight being that difference either, maybe 50kg at the most, just a guess though, manufactures always claim a certin weight, and not a single one gets weighed even close to that. most anyway.

If you have a shitty driver in the RS6, and a good one in the S15, you can very well win, some of those Pro Touge racers know there stuff, but on equal drivers, A Silvia S16 Spec-R Aero GT wouldn't even win against a B5 RS4, let alone any S Model Audis today, this is when both cars are strictly stock of course.

Im doubting there will be an RS6 Plus, I don't see the market for it, Nor do I see this RS6 outselling the M5/E63, simply because of its Estate style, if it was a full on Saloon car, then maybe, the last 2 Generations of RS6 weren't that big of a seller, mostly due to that same fact, and the prices aren't exactly cheap.

But sure, M5 Competition Vs RS6 Plus...Then they both get trounced by the New Panamera Turbo S, and upcoming CTS-V...and possibly the new E63 PP 4wd.......Game Over..

Wait, we all know this is a coachbuilt Rimac Nevera right? ...

He isn't blocked, he decided to leave. He returns from time ...

Idk about that 7:04 time being the maximum potential since Chevy ...

Virtually same acceleration, up untill 250 where the gts takes lead - both great ...

Sorry ciocolata. The GT2RS was not only faster, it was a ...

You just lied on everything you said hostboy. Figures you’re blocked ...