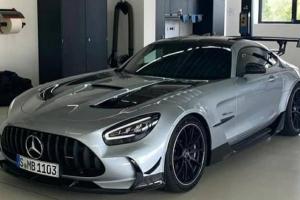 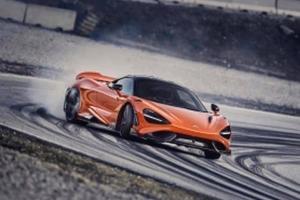 765LT is the fastest by considerable margin.

This comparison has been viewed 534 times.

You don’t have to wait. It’s obvious the McLaren will be faster on every circuit except Nurburgring, because Germans.

Actually I think the Mercedes will be faster on most tracks. The AMG GTR Pro is already usually faster on track than the 720S, and it has way less power. Now that the power deficit isn't nearly as big, I think the Black Series is going to be superior to the 765LT on track for sure.

Amg GTR pro was the most hardcore AMG GT with the stickiest tires while the 720s was only on corsas.

Like for like tires there’s no chance that a AMG GTR pro is faster than a 720s the pro doesn’t have many lap times, but if you compare the GTR with the 720s, 720s is way faster other than the German home tracks. Several seconds faster at Laguna Seca and the Lemans Bugatti track

Exactly. While the GTR Pro is a great track car, it takes some seriously good equipment to make up for that power to weight ratio.

Like Cocobe, I think that between the 720s and the Amg gt R Pro, the 720s is the superior track car. It won by 3.5s at Hockeneim GP, it only lost by 1s on Sachenring, mainly because it has less sticky tyres (Corsas). The laptimes at the Nurburgring aren't comparable: the Mclaren was tested by Christian Gebhard on Sport Auto, while the laptime of the Mercedes was set by a factory driver. Overall I think that both cars are impressive, but the 720s is superior thanks to its power/weight ratio imo. As for the 765lt, it's gonna be a tough battle, because the Mercedes will be closer to the Mclaren in terms of power, but the 765lt will finally have sticky tyres (trofeo R). Anyway... On a straight line the 765lt is gonna win, no doubt.

I guess we should wait until the tested figures come out for both before declaring a winner.

You might be right as they only take 911s from dealers ...

The SV that VW wants from Lambo:

aventador is the biggest piece of shit

Haha talk about delusions of grandeur. How about you point out a specific statement ...

pretty much everyone on this platform has said bs , myself included

Now that is the pot calling the kettle black... I deal in facts not ...

well again, I'm glad you are convinced by my little experiment. So far, they ...