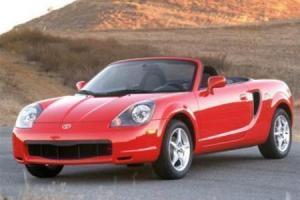 Corvette LT1 is the fastest by a huge margin.

This comparison has been viewed 1.5k times.

@ BR2+ @ Flabernat: I totally agree with you, they should bring back the Supra, and give it the engine from the LFA, or at least a twin turbo version of the Camry's engine. I'd also like to see a new Chevelle, give it an LS7, of make a new 7.4 liter engine for it, and the Nova, I'd like to see that with a 6.2 liter V8 from the Corvette and with a curb weight of no more than 3,500 LBS.

That's why its one of the most sodded after cars in the world? Ot atleast on the "Tuner" Market, The Supra has made a HUGE Impact on the motoring world, it may have not been a tack beast, but theres not a single car person who doesn't know the Supra. the Supra is the 2nd most desired car among the Tuner world behind the R34, and the Tuner following is GIGANTIC, so Yeah id say the Supra is pretty damn Special.

But if they do make one, I really hope its not no hybrid bullshit, nor it to be in conjunction with Bmw or any other band, it should be all Japan, Retro 4th Gen also with NON GT-R type performance and price.

@Hamcee
I'd love to see a new Supra as well. Especially given everything Toyota put into making the LF-A. There's so much technology and know-how they could borrow.
I'd love to see Toyota come out with something that wasn't designed by committee and built for an enthusiast.
The FRS/BRZ has the right idea, but it needs more power, better brakes, tires...etc

a new supra would be cool, but even then, it doesnt mean anything.
the supra never was a track beast or anything special besides its engine.

so they have to come up with a new great engine with a lot of potential, otherwise it will just be another toyota

Yeah, totally agreed! Many automakers should make successors to their past models that became legendary. And some of them might happen in the near future!

Rumors claim that the new Supra is coming, and it will be created in cooperation with BMW. I'm not a fan of that concern, but I just hope the new Supra will not be a hybrid!

Another rumor claims that Toyota is developing the new RWD MR2 / Celica... But before you exult, guess what? Toyota will position it below the GT86! What could be even less sportier than the GT86?! The new MR2 must have more than 200 hp to be competitive, but not less! If that's true, that would simply make no sense... Oh well, but I still want MR2 successor.

I wonder when they will actually do a Retro Corvette. Worked for the Camaro.

I think more company should do Retro, theres a HUGE following for older cars, why not?

Such a shame for that to happen to such a nice car, I like Vettes.

@Shaggy
Yeah it was a bit worse in the convertibles due to a lack of roof structure, but even the coupes flexed a lot. I also noticed that all the C4 models started having lots of creaks and rattles after only a few thousand miles. The structure issues were noticed by GM though, and they completely changed the entire car when the C5 was introduced. No flex issues with C5 Corvettes, coupe or convertible. :)

My Sunday school teacher has a funny story about a college buddy of his who had a Corvette, apparently, he wanted to avoid having to let the engine warm up when starting it in the morning, so he put an electric heating blanket on the hood and turned it on, there must have been a fire overnight because when he went to his garage to get in his car, the body had melted, in fact, everything that wasn't metal was either melted or burned to a crisp. There wasn't much left of it. It's funny, while at the same time disturbing, funny because an idiot melted his own car, while disturbing that there are actually people in the world who are that stupid, plus it bothered me because it was a Corvette. :D

@ Viking: The chassis flex in the Corvette C4 convertible is most likely cause by a lack of structural rigidity provided by a solid roof, that's why I'd prefer a coupe to a convertible.

The C5 (and newer) Corvettes were a huge improvement. When the Neon ACR got too old, and no longer competitive in its class, I switched over to using the 2002 convertible in SCCA competition. It was much, much, much better than the 1995, but not quick enough to match the Z06 models in Super Stock class. In fact the fastest drivers in A Stock, and C Stock were quicker than I was in my C5 convertible. C stock at the time was dominated by the Toyota Spider , and A stock by the Honda S2000. SCCA Solo II courses are tight of course, so handling usually trumps horsepower. The best drivers in A stock and C stock ran similar times (to each other), while the Z06 Corvettes were slightly quicker (and dominant in Super Stock until the arrival of the Lotus Elise which was very competitive with it). I am going off of memory from 2005 and earlier for all this, but I think I have the classes right. I stopped racing at the end of the 2005 season.

@CoolShirtGuy
Yeah, I agree. All the C4 Corvettes suffered from a floppy structure with way too much chassis flex. Despite the decent balance, and large tires, they just didn't seem to be as good on a track as you might expect unless the surface was butter smooth. The convertibles showed lots of cowl shake especially, but even the coupes I drove seemed to lack good tire control in dynamic conditions due to the lack of structure.

Meh, doesn't really surprise me. The C4 wasn't exactly a track beast(though the ZR-1 was a whole different animal). The Corvette didn't become a real track weapon until the C5. This comparison is a prime example of how power isn't everything.

@ Vikink: I'm a huge Corvette fan, I know these cars command mad respect, acceleration, speed, braking, handling, reliability, and overall track performance make it a heck of a package, I'm really impressed with the Toyota MR2, it has well under 1/2 the horsepower of the Corvette and still holds its own quite well.

Yeah, the C4 Corvettes handle well, and I raced the 1995 once for fun back when my Neon ACR was my primary competition car. The Toyota has better braking, corner entry, overall grip in corners, and corner exit, but the Corvette has an advantage on longer straights. On a horsepower track like VIR, I suspect the Corvette might win. Hard to say for sure though since I am going on old memories for the Vette (I traded the 1995 Corvette in for a newer model in November 2001 If I remember right).

I take my hat before the Toyota. Respect!

@ Viking: I expected that, the Corvette is no Mustang, it handles like a slot car. I'm surprised the MR2 did that well against it, kudos to Toyota.

Interesting comparison for me. I owned a red 1995 Corvette convertible years ago.

That would make sense unless there was a glitch with the electronic measuring equipment ...

I can understand why, it's an amazing machine.

I love this car!