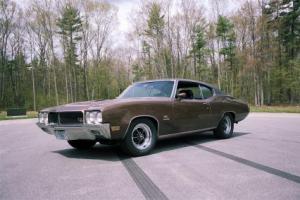 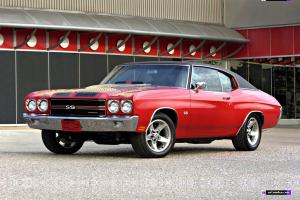 Chevelle SS 454 is the fastest by a small margin.

This comparison has been viewed 3.3k times.

the BUICK GSX 455 real eat that Chevelle SS 454 for breakfast...Buick GS Stage one that's not Buick's fastest car...only car that touches it is the HEMI

That's the GS not the GSX

its the gs silly

But were the Stage 2 ever sold to the public?

I don't think those 1/4 mile times are right, all the books I've read said the Buick GSX stage 1 was quicker.

i read that mag. test mt said the buick was the fastest ever cc maid 1 pass with the buick then spent all after noon tunning on the chevy until they were able to best the buick when the chevy showed up it would not beat the buick as far as the stage 2 this was dealer in stalled part that buick put in the trunk there is an article on the stage 2 that said buick enginers tested 1 and it ran a best 10.85

I have the only black one. I track it regularly.

Mostly on that picture

Tell me about it.. The cars themselves are actually easy because they have hardly ...

I can imagine how boring it is to add all the ...