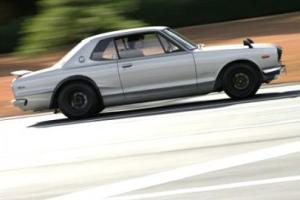 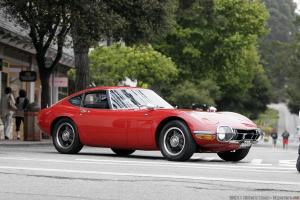 However, FastestLaps.com does not have enough laptimes and performance data to make this comparison conclusive.

@ Super8: So Datsun started changing over to Nissan with the Skyline?

@ Shaggy: That explain why there are no Skyline labeled as Datsun. But, when you goes inside the old Skyline, you will notice a strange thing. The steering wheel and interior is labelled as Datsun but exterior body are labelled as Nissan.

@ Super8: They don't sell the Skyline in America, I wish they did, there would have been people camping overnight at the dealerships and chomping at the bit for an opportunity to buy one. I have driven a couple of Nissans, a 2004 Sentra 1.8, and a 2008 Altima 2.5S Coupe that belongs to my grandmother, both good, solid, reliable, and fuel efficient cars, the Sentra was surprisingly fun to drive, even with only 130 horsepower.

I ever drive old Skyline GT-R before. That car looks slow judging by it performance but when you drive it, It feels almost as fast as Porsche 911 in the same year. I never drive Toyota 2000GT before because I can't too fit inside and I don't want drive too uncomfortable.

@ Fangio Man: I wonder what my coworkers would think if I drove to work in one of these cars, we're all just a bunch of simple factory workers, they'd probrbly think "WTF kind of car is that?!". Most of them have never even heard of a Toyota 2000 GT or a Nissan Skyline. :D

OK, to get back to the topic: I would take the Skyline. It looks better, IMO.

It's funny how this conversation that's been going on for a week drifted from the Toyota 2000 GT's cabin space to our heights and weights.

I measured my height yesterday, and found out I am luckily "only" 190 cm. :D

sorry, but thats plain wrong.
you sure can be strong, but u will never be able to attain the same strenght as somebody with the same height and 30lbs more.

i'm like a road razer, extremely lightweight (have measured myself to be underweight on the body mass index :P)

update, i measured my height recently, i'm 166cm and 50kg

Disturbingly, Mental is right, BTW, the Skyline's side-view mirrors are a long way from the doors, I think the Datsun Fairlady 240Z's mirrors were the same way.

LOL.. soon you guys be talking about what's your name, where's your home and how much money in your wallet... and how many burgers you eat a day...
:D

@ CoolShirtGuy: You're right, body mass index doesn't account for muscle, I of course know my height, 5'8", and my weight, 121 LBS, but I don't know my own body mass index, but I'll bet it's a very small number, lol, according to pretty much any physician, I'm underweight, but I can lift a 7' long section of an old telephone pole and carry it on my shoulder, quite easily. Size and overall physical fitness have nothing to do with each other.

@ Hayes: Flabernat is right, and someone's country of descent can have an effect on their physical features, more Americans claim German ancestry than any other, Irish, like me take second place, and most Irishmen aren't very tall. As far as the weight goes, It's like CoolShirtGuy said, when it's said someone's overweight, it normally isn't specifies whether that's fat or muscle, according to statistics, Americans have the heaviest average body weight and the most body mass. California is stereotypically a very fit state, I've never been there, I live in Georgia, we like our fried food and red meat, down here.

@flabernat it didn't take me long to work that out. It is an amazing place. Btw the uk doesn't even have gm food.

@Hayes
In America we have descendants from every nationality around the world. We have the best of everything and the worst of everything, some of the fattest people, and some of the most athletic. Lots of food chains, and plenty of family run/owned restaurants.
In my area there are more than a few stores that are dedicated to all-natural non-gmo foods, there is also LOTS of fast-food places as well.... That's just how it is here :)

@shaggy I am from the uk. I was in California and I thought peoples weight there wasn't too bad until I was told that California was meant to be a fitness mad state!

Swift dzire is not a Indian brand it's Japanese brand. First you know that. ...

he will never admit germans cheat and send out a tuned ...

I dunno what he deleted but it's a well known and accepted fact that ...

when you want to look cool like a civic type r with ff in ...

when the eu goes down, we'll know who's the clueless by ...