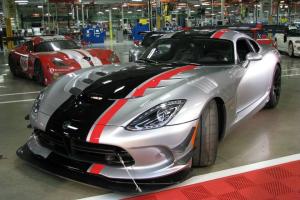 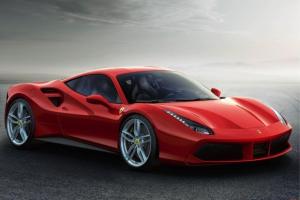 488 GTB is the fastest by a huge margin.

This comparison has been viewed 4.9k times. 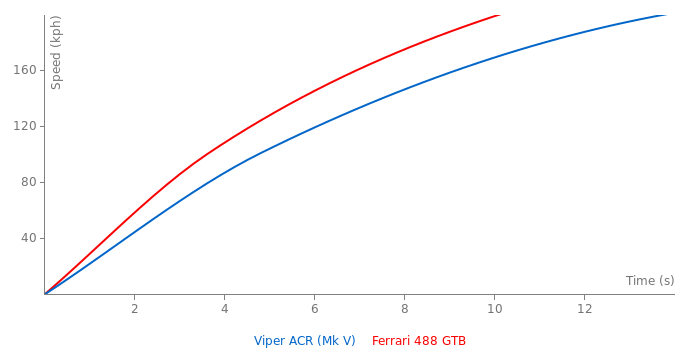 Anyone else 'Noticing' Something?...

Good. I take that back then

I was just kidding guys...lmao, I just say some hella weird things sometimes because I say what's in mah miind

Host boy is such an idiot. It's not an insult if it's true. Sorry if I hurt your feelings

Hmm because Pobst said the db11's brakes were beat to heck by testing. The automann guy said he was just careful with the M2 and the 458 he got a 3.7 100 in. Funny he wasn't careful in an S8 or R8 V10 plus....just mash the pedal he would. I grant the ACR could do an 11.2-3 200 in absolutely perfect conditions but by the same logic a 488 could do it in 7.7 if you just lived with it like you said is necessary.
Cheersand lottery wins and mega cars in your future.

...It keeps beating the other cars because it uses a roll cage?..........I cant tell if your serious or just stupid?...Soon as you start calling any car crappy, And try some Bs, Your immediately not taken seriously anymore, Yeah you sound familiar.

And i do go by all tests, You might want to look yourself, Including Non magazine tests, Which is where the Real limits are found, Not by just having a week with the car like most magazines have, But actually learning and living with them on a daily base along with pushing them which most dont. A magazine test is much less conclusive then a real world test simply because its not the real world, They have a limited amount of time with the cars, And depending on where they get it, They have to be careful to the T, Unlike somebody who actually owns it, Why do you think there arent many people willing to shell out there expensive rides to testers? And 2.9s regardless of power is great for any car, Weather it be 1200bhp or 500bhp, Its what happens after thats the difference, A Hypercar is just another made up term, Same as MegaCar, A meaningless term, A Viper is fast as shite for anyone who doesnt drive an NHRA dragster on a daily base, Never once have i herd anyone even if they own a P1 say it doesnt feel or is fast as hell. And i Never base a cars potential on bhp/per ton.

You're right it does 11.8 not 12 and I said the Corvette does 10 to 200. You can only go by what a car does over all tests. If I went by Motor Trend alone then an f12 has very poor traction with a 3.6 0-60 and 1:38 Laguna time. Yet it's 2.9 0-60 from Road & Track and Nordschleife time mean it only has fairly poor traction along with its 6 flat 0-100 mph from Quattroroute. A 2.9 is still not great when you consider Road &Track got a 3 flat in a much less powerful Jaguar SVR as the cat got awd. Potential is more than bhp/tonne as cars are very different in being hooked up and accurate bhp claims.The ACR is a ridiculously fast accelerating car to mere mortals but it's relatively poor acceleration visa vis a 488 or even a ZO6 means it's handling is that much more incredible. I saw a video where a GT12 lost a kilometer race to an AMG GTR by a smaller margin than a 991 GT3 but that is not conclusive like a magazine test.

Because the Performante lap is questionable I shrank it's lead from 29 to 10-15 seconds over the Ferrari. The old ACR was very fast at Nordschleife so this one should do 7:05-07. Hyper cars are more defined by price and straight line speed
than by laptimes. A wide and low slung menacing appearance are also key. A One 77 is only a hyper car by appearance price and top speed. The 488 and 720s are a little on the cheap side for hyper cars, but the ZO6 and ACR are far too cheap and too slow in a straight line. Which means they are the world's best limit handling cars as they get their laptimes with less raw speed. Not to heat a dead horse but wasn't the GT8 laptime a magazine test but that didn't keep people from laughing that it was barely slower than a Golf GTI Club sandwiches questionable factory claim?

Bulls*** comparison. Don't take horsepower seriously. You can add 1,000 hp to this crappy Viper with a manual and an artitchure actually dating even back to 2003 and it'll STILL be slower than the 488. The only reason why the Viper beats everyone at 13+ race tracks is because it keeps using the God-damned roll cage!

Considering neither does 12s to 200kph, And you think a time is valid simply because a magazine publishes it? lol Please, Anybody can do anything, Next your gonna say the Huayras laptime on the TG time is legitimate, And that the Huracans Willow springs laptime is legitimate lol I look at the cars BEST times, And the potential it has, Simply because a magazine doesnt do it doesnt mean the car cant, And simply because its on youtube and not by a mag doesnt mean everyone is a cheater.

0-200 around 12 is below average for a supercar and is more similar to a very fast gt like an m6 or db11 -the latter at least also with no driver aids(beyond a useless slowing launch control) either. The aero slows it down on the straights. The Zo6 10 second time is in the fast supercar range like the sls black and amg gtr. Youtube times are not valid unless it's a video by someone like Road& Track etc.

...Below average? lol It does all that with damn near no drivers aids, ALOT less electronic interference, And a manual, With its advertised power figures, And what you see from both cars isnt either ones best performance specs.

And how is the performance 10s faster round the ring? 1 hasnt even been tested, And one has a magazine test compared to a questionable manufacturer time. If a 488 is a "Midrange Hypercar" then so isnt the ZO6 and Viper, Along with any other car that performs similar, You dont just put the xxxcar stat on a car with only looking at acceleration numbers, Its way more then that, Considering both the ACR is as fast, Or faster then a "Hyper"car round, And the ZO6 is not much slower, Specially considering what it has, Either way, Both, Or all 3 are SuperCars.

It's a midrange hyper car with an 8 second 0-200. The ZO6 is a fast supercar and the ACR a below average one in a straight line

The zo6 is pretty much a dead heat while the ACR has too few laps in common. The ACRs Achilles heel is power and the 488s is limit handling.The Performante even with Lambos trickery is still at least 10 seconds faster at the ring but it also has too few laps on the belt

maybe you should tell that to the jap executives in tokyo ...

it seems we're back to point a stupid admin pretends to ...

He is talking absolute nonsense, as always.

If you are paying respect to Nissan, you should also give ...

"Can’t even carry a proper conversation like adults without someone posting genitalia or feces ...

vw-911 engineers will be having a hard time sleeping this year ...

back in 2011 things looked quiet different

Just too much toxic stuff gets allowed on this site. A handful of keyboard ...