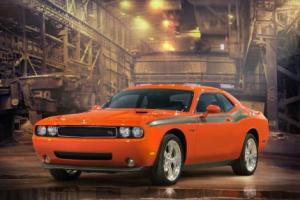 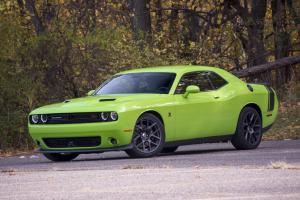 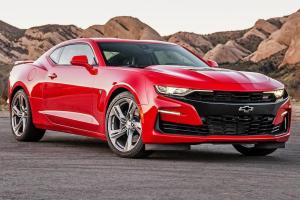 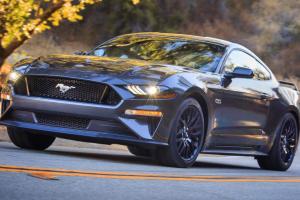 This comparison has been viewed 19 times.

Let me tell you this! Back in 2009, this R/T was considered Dodge's "mid-level" muscle car; these days it (does technically) pale compared to even upper-level pony competitors like the current V6 Camaro and the HPP version of the 2.3T Mustang, especially when equipped with the automatic transmission, which takes several tolls to its weight and drivetrain losses.

It is downright insane that the same body style Challenger R/T 5.7 gets produced to this day, in the same fashion as a VW Bug/Bus, Fiat 500, Harley-Davidson bike, etc etc.

However, it is smart that Chrysler keeps a Mercedes-Benz-sourced engine and its derivatives in production (although the 5.7L engine is technically a "pushrod," it's really a derivative of the 5.4L AMG engine, which is why it uses aluminum, which no other pushrod ever has used). This is why Dodge cars have been making more power than claimed, thanks to the technology of ze Germans.

As a general rule, the drivetrain losses are 10% for post-1998 Chrysler cars and 20% for most other American cars... but there are exceptions. Always exceptions to the mechanical rule. But generally, an R/T or a Scat Pack will make more power than claimed.

I would actually go ahead and say that the 5.7L R/T equipped with a manual would compete with a European-spec GT, Mach 1, or SS.

The "track" (or simply, more expensive and track-oriented) offerings for the naturally aspirated muscle cars are currently the T/A (for the 5.7 Challenger), Widebody (for the 6.4 Challenger), 1LE (for the SS Camaro), and Mach 1 (for the GT Mustang).

I don't know if anyone knows this, but there is apparently a new politically correct version of the SS called the LT1. It's designed to compete with the HPP EcoBoost Mustang in the pricing strategy, but with the matching performance of a Coyote Mustang GT. V8 power trapped in a V6 body, unlike any other "muscle" car today. A sweet 'tweener!

It is a smart move for Dodge to offer two mid-level engines in my humble opinion. It reveals the true colors of its Chevy and Ford competitors.

However, the Mustang isn't even trying to be a real muscle car anymore. It's very telling by the relatively small DOHC engine. It's more of a Lexus RC F or, in the past, Audi RS5/BMW M3/Jaguar XKR competitor than a classic-formula American muscle car. (Even Mercedes-AMG C63/CLK63 had a 6.2L engine! Funny thing is that was also a DOHC, so consider that the equivalent to, say, a 7.5-8.0L OHV engine!)

If Dodge doesn't underrate their cars, why do you think their Scat Pack 1320 Edition would be able to do 11.7sec quarter-mile times on drag radials with "just" 485 hp and a porky 4290+ lb curb weight (with driver)?

Then what the point of buying the tlx ??

If you ever need anything let me know man!