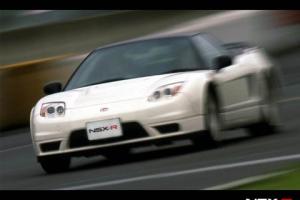 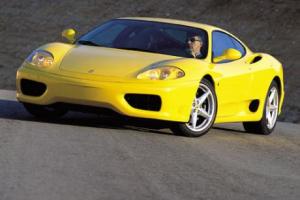 360 Modena is the fastest by a small margin.

This comparison has been viewed 4.4k times. 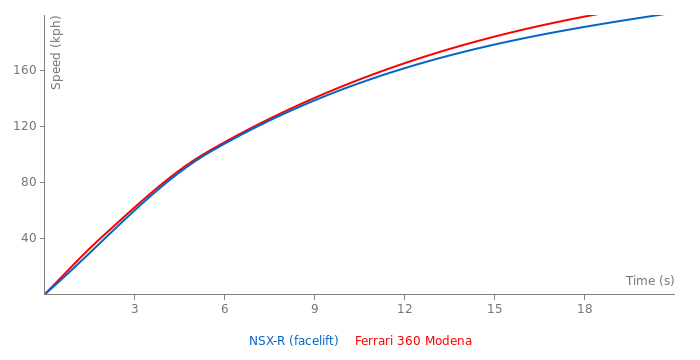 Those lap times literally scream bullshit. No way a car with so much less power can be faster than the Ferrari.

in every respect the nsx-r is superior except for straight line speed. the nsx has better times at every track... not to mention how bullet-proof they are. also does anyone know if we can get the nsx-r in north america? id much rather the honda over acura, acura nsx weighs quite a bit more and its basically just a duller slower comfier honda nsx

NSX did very well ..what a car! 360 is more exciting though and faster around town.

I Still maintain, its a better car then the 360.

Even if you Imported the NSXR in the United States, (Which i believe there are a few) it would still be cheaper then the 360 Modenas price of $165,750, and probably more of a head turner.

In the U.S, the NSX is sold as an Acura, It's my favorite Honda. It's fast, as is proven here, even with 110 horsepower less, It still handed a Ferrari 360 Modena's hood to it, the NSX punches well above its weight.

Here, un the UK, An early model NSX will run you around £21,000, depending on condition, top specs will be a little more, even here NSXs can seem a bit expensive, espescially considering the other MUCH better bargains out there.

Evolution VIII/IX+ will run you between £6,000-£8,000+, Most Japanese performance carse here 2nd hand are possibly the best bargains on the market.

But Japanese is the best here if your looking for an awesome bargain Bargain.

But of course, it all depends on condition, mileage, tuned etc n what not.

I wouldnt get a normal NSX for that though, IMO there are better deals.

An interesting battle. Though, I'd actually suppose 360 would be a bit faster at tracks too. But I can't choose a favorite, I love both cars the same.

Eh, unfortunately, in the soon future there won't such a comparison. 458-vs-next NSX - really doesn't excite me. NSX was one of the best Japanese supercars, 360 was the last Ferrari I really loved, in line with the 575.

Something tells me that car has to be almost dead. But that's an excellent way to get a nice classic restored.

@BR2
Even relatively low-mileage cars(less than 50k)can be had for $40-50k. That's almost laughably cheap for a mid-engined exotic, even one from the early 90's. And with the NSX having a reputation for outstanding reliability, high mileage isn't that much of a problem. Personally, I wouldn't touch a Ferrari or Lambo with more than 10k miles on it, even if I had a couple hundred grand to throw away.

@BR2
How much are NSX's in your neck of the woods nowadays? Because over here in the States, they're pretty cheap, sometimes to the point of ridiculousness. Just doing a quick search on Auto Trader, I found a 1991 NSX with 201,211 miles(!!!)at just under $20k. Not something I'd trust to run great for any period of time, but it would be a fun project car. Plus, the NSX has great aftermarket support here, so parts and mods are pretty easy to find and relatively cheap.

It does have more power, but powers not everything(Too a cerain point) But the Honda has better traction from a dig and out of a corner, the extra 287Lbs weight difference doesnt hurt it either, the NSX feels more agile, and is easy tp push to its limits, so i hear.

Id love to own one, but there not cheap,(sorta speak) Hear they sold for £54,000, that was about £12,000 more expensive then the fastest Japanese car here, the R34 M-Spec Nur, dunno how many we got here, but alot say there were better options.

@ BR2': Because a Honda beat a Ferrari, that's like a mouse eating a cat.

A lot cheaper ?
Try to import this car.

nsx v 360 what a brilliant comparison