For Americans and British (and the rest of the world using Imperial measurement system) the "0 - 60 mph" is the first benchmark that comes to mind when it comes to measuring road car and motorcycle acceleration.

The 0 - 60 mph time is even more popular than 1/4 mile time. This is mainly due to ease of measurement - you do not have to go to dragstrip or seek a long stretch of empty tarmac to test a quick 0 - 60 dash yourself.

This list is limited by available data and new vehicles will be added as new data arrives.

where is the porchse 917 lh

btw im not KSI, i just chose this name.

Why is the Tesla Roadster not on here its my favorite car.

Salt and viniger chip is me  2m ago

what a scam its only 75 lol

a perosn online  3m ago

where is the tesla roadster

How about venom gt

2020 Nissan GTR Nismo's 0 to 60mph in 2.5 seconds has just been confirmed by drivers from Top Speed on January 28, 2020. The actual 0 to 60 time was 2.48 seconds, but rounded off to 2.5 seconds. "2020 Nissan GTR Nismo-Driven-Top Speed". This is a bravo achievement for Nissan, as 2.5 seconds is the 3rd fastest category in the above list for a combustion-production car. The fastest in this category is 2.3 seconds by Lamborghini Huracan Performante and Ultima Evolution 1020PS(available only in some countries) in the above list. 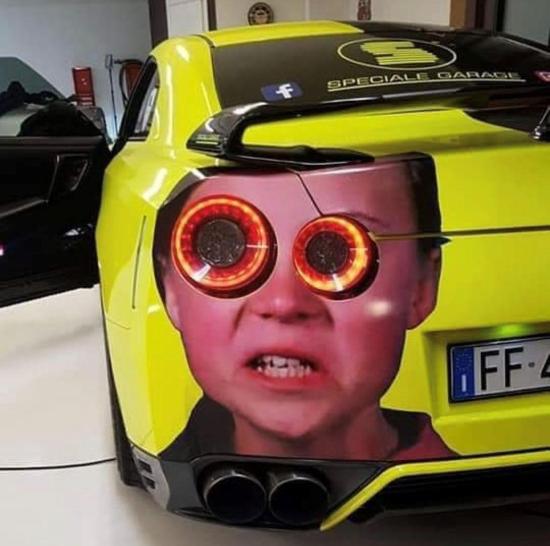 Are you aware that the Aspark Owl was using Hoosier slicks which were heated and then quickly mounted to the car when it did that 0-60 mph 1.7 sec(claimed) in a carpark? In addition to that they used ultra-capacitors without batteries so it had enough energy for a short burst of a few seconds. This makes a mockery of all the hype they've generated and obviously you need to remove it from the 0-60 mph list...

An explanation as to why relying on 0-60 mph figures from Motor mags as gospel is laughable. Firstly the most accurate timing equipment to gauge acceleration over the 1/4 is used by NHRA,IHRA and FIA EURO. The GPS used by most Motor mags is pretty good but not quite as accurate.

Let's compare a Tesla P100D Raven model to the fastest stock Huracan that i have available data to prove my point. The 0-60 feet and 0-330 feet timers on the dragstrip are valuable indicators to determine the potential elapsed time over the 1/4 mile and highlight how quickly they can accelerate from 0-60 mph. The Tesla has instant torque off the line and a superb launch control so it achieves a 0-60 feet time averaging 1.56 sec. The quickest i've seen is 1.51 sec. The Huracan by comparison generally averages 1.60 secs for 0-60 feet and the best i've seen up until now is 1.58 sec. What this means is that the Tesla always gets the jump on the Huracan and when one looks at the elapsed time from 60-330ft for both the Tesla is still fractionally faster, generally by 5/100 sec over the Huracan. BTW for those who say that a 918 Spyder is quicker from 0-60 mph than a P100D you're wrong. The best 0-60 feet time i've seen for the 918 is 1.59 sec and it's playing catch up until it passes the P100D at approx 80 mph

So the bottom line is that the 0-60 mph figures posted in this column(for the Lambos and numerous others from what i can see) are inaccurate. I could list more realistic and accurate figures but we wouldn't want to bruise the egos of those who've swallowed some of the bullshit posted in mags would we now? lol

The 0-60 mph quickest times have so many potential variables that they're somewhat pointless eg. was the time achieved on a dragstrip, prepped or non prepped, or was it on the street/highway which have various types of asphalt or maybe a racetrack or even a concrete airstrip?? That aside, what is obvious to me is that so many of the 0-60 mph figures are inaccurate and impossible to achieve using a production car with road legal rubber. So don't get sucked in by some of the figures in this list :)

The acceleration figures Porsche claims for the TurboS, which has one of the best ...

Pretty much pegged at the limit of whats possible with 4 tyres and engine. ...

It's a click-bait article. It's just nonsense. All manufacturers tend to publish slightly conservative ...

I don't know. Saying that Toyota is super duper reliable is a bit of ...