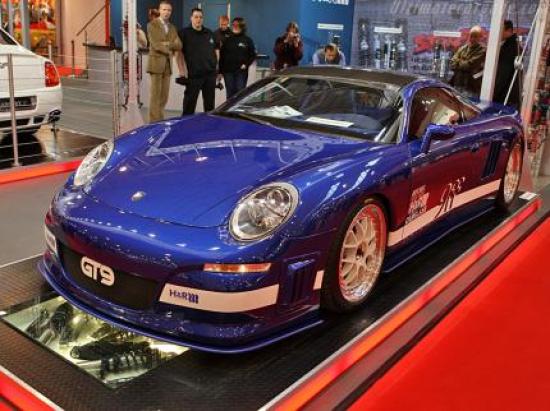 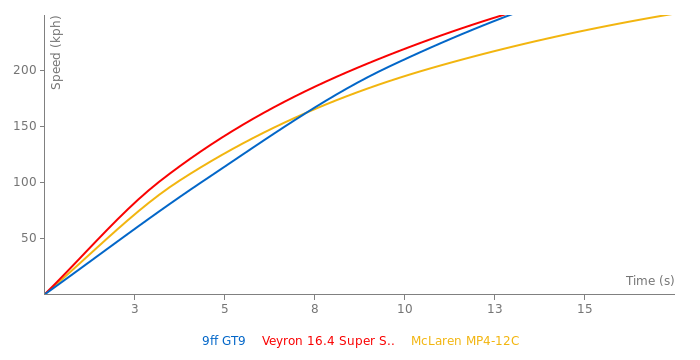 The ones that need to be added are in bold.

I'm guessing he didn't watch the top gear episode of this car finishing a drag race behind a corvette, lambo and atom.

You also have to look at gearing. This is geared for top speeds far beyond the Hellcat's top speed.

Yep, but with this caryou have to put nearly 1000hp hp with turbo lag to the ground. (Just at the rear tires)

Just quit while your ahead..

Yeah.. it's road-legal, and officialy not a Porsche. But I consider all these 9ffs, most RUFs (in addition Saleen-Mustangs) as just a tuned work. IMO, they're pointless with their overpowered engines and they ruin the design, often they're just awful!

Is it really road legal?
The steering wheel looks a bit strange.

Shame porsche couldnt do it.

these can be set for different kinds of performance. Evo tested one and in order to beat the Veyron to 200mph 0-60 was 5.2 and top speed was 221mph.

Dont Count It, Dont Like It, you would have too be Incredibly Stupid too buy one of these, I think ill stick with my Porsche Carrera GT or my Gemballa valanche 650R.

The 9ff GT9 does not use the Porsche GT3 chassie... it use a 9ff developt tube fram chassie, the only part taken from the GT3 chassie is the frontal crash structur which was integrated into the tube frame chassie, to get around crash tests...
btw Porsche did exactly the same at the 993 GT1 were they bolted the frontal part of the 993 steel chassie to a midengine tubframe chassie with carbon body parts that let it look like some sort of a 911 on steroids...

0-100 is slower bkoz the car is so light and has enormous power which makes a lot of wheel spin on 1st and 2nd gear
On a roll..huh either veyron or anything stays back with respect :p

sooooo making a Porsce mid engined doesnt make it a porsche?..lol the GT9 is a highly modefied GT3, and the GT3 is a porsche. i like the car dont get me wrong, it doesnt look to bad, but is sounds fkn awesome, but its still a tuned porsche.

The issue is "Is it a Porsche or is it a 9ff?". There are plenty of manufacturers that use someone else's engine. The GT9 obviously uses a bit more than the engine. There is a line (somewhere) that divides tuner from manufacturer. 9ff (with the GT9) is on the manufacturer's side. Different people put the line at different locations, I suppose.

For me, the major chassis changes make it more of a 9ff than a 911. the same could be said for the Ruf CTR3.

Saleen is/was both tuner and manufacturer. The S7's engine is basically a modified 427cid Ford (internally) but no one calls a S7 "just a modified Ford". A Saleen S281 could be called "a modified Ford" because it shares so much with the Mustang, but technically, it's a Saleen since Saleen is legally an OEM.

Ms Anon..... even better it would be nice to have a few ladies registered on the site!

thats ms anon..lol and id sorta rather not, my bf is already a regestered member on this site so id be a lil weird!

Mr Anon I thought you said you weren't going to argue? ;-) and why not register (its free and quick) so we can tell you from all the other anons? You've commented on Fastestlaps quite a lot so it would be good to have you join.

sooooo making a Porsce mid engined doesnt make it a porsche?..lol the GT9 is a highly modefied GT3, and the GT3 is a porsche. i like the car dont get me wrong, it doesnt look to bad, but is sounds fkn awesome, but its still a tuned porsche.

9ff is a tuner. You can buy a 911 at a Porsche dealer, drive it to 9ff and they will modify it. You will then have a "9ff modified Porsche."

9ff is ALSO a manufacturer. The GT9 is a 9ff, not a Porsche. It shares many parts, but "mid engine" and "rear engine" are not the same. As per the legal definition, it is a manufacturer.

1 with all that traction its prolly tricky to get off the line. 2 it coulde be geared very high. 3 it does keep up with the veyron because it has the same power and much less weigh and much better aerodynamics. 4 Ruf's are NOT Porsches. 5 there are plent of Ruf's that break the 4 second barrier. 6 i count this as a Tuner NOT an actual Company. 7 But whatever. 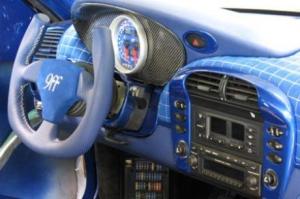 So they cheat and get away with it, that's interesting news.

Bugatti4Life the real one 28m

Impersonate me? Good luck getting out with not getting destroyed. ...

God that interior is gorgeous.