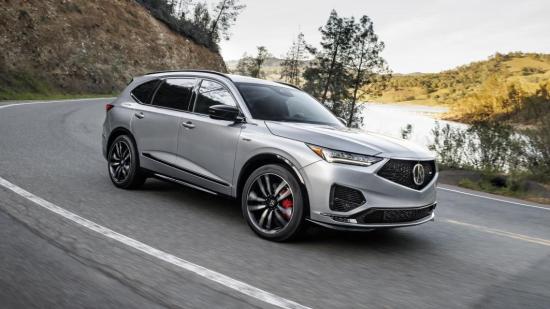 The MDX Type S is Honda's, let alone Acura's, first high-performance SUV. It has 355 hp and 354 lb-ft of torque, punching its twin-turbo V6 to benchmark against the Lexus RX450h and the Cadillac XT6 3.6. Unlike the "F Sport" Lexus or "Sport" Cadillac variants, you're getting the whole package out of a Type S Acura.

It also competes rather indirectly with the Lincoln Aviator 3.0 EcoBoost and the Jeep Grand Cherokee L 5.7 HEMI. The reason why I say indirectly is because those two still make a bit more power and have a RWD-based artichecture, as opposed to a FWD-based one in the Acura.

Bugatti4Life the real one 16m

That's already my trademark 😉 I can never let out the chance for a ...

Bugatti4Life the real one 40m

Bugatti4Life the real one 41m

Seeing the fastest Nissan and fastest Porsche in the same surface, and realizing how ...

What's with you man? I see you everywhere spreading hate on this car ...