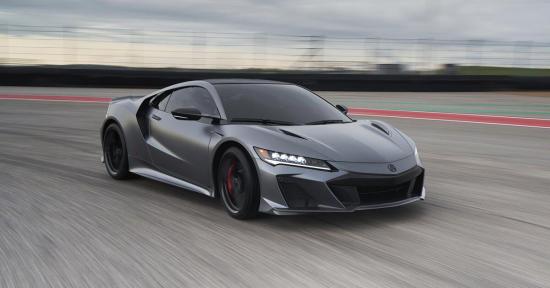 I lost my respect for honda ever since they promoted a wannabe-rapper for their SH*T-tegra and a sleepin around youtube/instagram model for their POS ev "zdx"... both are around my age and get PAID to promote their garbage cars... home come I don't get promoted by them to recycle some old ideas from other manufacturers Honda could compete by using that are ACTUALLY useful ... Honda hasn't been very social and competitive with other brands... they NEVER had a super sedan, OR a super SUV, OR a full-size sedan or truck

How's my vision of the NSX Fastestlaps?

Fastestlaps what would you change about the NSX and why?

Then the highest trim would be the Type R. With recalibration on every part of the car for better handling. And it would need to weigh under 3,200 pounds and make 690 horsepower and 600+ pound feet of torque. Then the aero which is adjustable and cane make from 450 to 800 pounds of downforce.

The Type S variant would be lighter and more powerful as well as tighter and more nimble. The power output would need to be 618 to 640 horsepower and 578 torques. The weight would go down as well with a goal weight of 3,270 pounds. The suspension would be roughly 18% stiffer and more aero with roughly 600 pounds of combined downforce.

Also it would look more like the NSX instead of this so I'd have it take inspiration from the original. And just for people who love driving I'd put in a 6 speed manual option and make the 9 speed a 7 or 8 speed.

If I was in charge of what they did with the NSX I would have them do a high revving twin turbo V8. Which would need to sound naturally aspirated and rev to 8500 rpm. The power requirement would be 590 horsepower and 532 pound feet of torque. And I'd also make it keep its heritage by making it simple yet live able and key word which is lightness. Goal weigh would be 3,340 pounds and it would be rear wheel drive.

I wish they also did a Type R version because I really wanted to see what a 650 horsepower 500+ torque track focused NSX could do.

GT-R is still among the best launching ICE cars

Seeing that the NSX Type S is a supercar built in Ohio, it's a beautiful Japanese-American supercar. But it's made in a non-union plant, which is why the NSX is so expensive, yet slower than a Corvette Z06, and it's surprisingly slower than the 911 GT3 as well only because Porsche underestimates power ratings in each segment for marketing and emission reasons.

Dividing by 1.5 and 2.0 gives UAW-equivalent MSRPs of $113,000 and $84,750. It's a special edition, so I am believing the former would apply if it was made in a union plant. The Cadillac CT5-V Blackwing isn't even a supercar and it's faster AND equipped with more luxurious features than the Acura NSX Type S (at least past 60 mph), not to mention better on the track, too!

...And as far as price goes, both the Corvette Stingray 3LZ and the Corvette Z06 are in the same ballpark as the CT5-V Blackwing...

they could have at least for the last model made a true NSX, RWD and NOT HYBRID!!!

some numbers to add for the biggest flop in automotive history right after the lexsux lfailed :)

note to hostboy: this car will get you no sex after you spend over 200k with options to pick up high school girls at burger king.

why is origin Japan, isnt acura a US founded company to where most acuras are sold?

Type S is 11 kg heavier than the base NSX. Weighing at 1,770 kg with lightweight package equipped and 1,796 kg with standard equipment. What happened to Honda? This isn't what they did to the MK1. 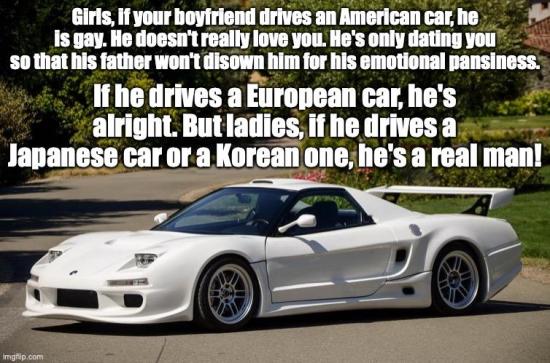 Really interested to see how this compares to the lackluster base model. Remember, it was the Type-R that really made the Mk I legacy. Although, I have to admit, the base Mk I car, save for some quirks like overly long gearing etc, was already special.

Honda NSX Type S is IN production. First reviews are up! Are you ready European mid engined cars? Japanese power is coming!

Hopefully this model will finally have decent cornering abilities.

only that little hp more? Honda is raising their hp as if their engines were N/A engines and having trouble pumping any more power. meanwhile, a BMW M3 3.0 engine is pumping as much hp as this 3.5L V6...

This one better be good. 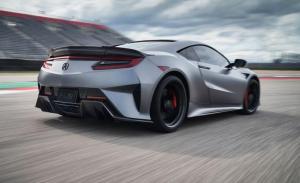 My dad had one and it was an awful and unacceptable car that its ...

Tuned cars laptimes are pointless and shouldn't be added whether it was setup by ...

Well that's a dumb thing to do to such a beautiful machine.

the last time a protototype of the targaster, i mean, the ...

you don't either, fellow NPC

Shut up Roger you know nothing