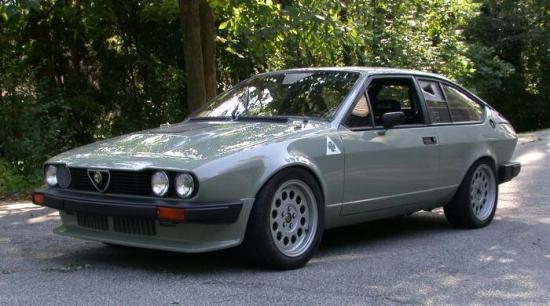 There's no way these ever weighed 1210kgs. More like 1350kg without aircon. Alfa were often 'optimistic' with their power figure quotes too.

I also think that it looks quite good, but I consider that this car already has a retro analogue - Brera. It such such a shame that Alfa stopped the production of Brera... And what does Alfa offer you now? MiTo and Giulietta - women's toys? Even no 159, even no a simple sedan in a model range 8l ...Ehh, I loved old Alfas and that, which have been recently produced... Hopefully they're going to recreate Alfa sportscar with 4C.

This doesnt look half bad at all, Id love to se a Retro version of this car, Its a shame Italian Companys dont do Retro, a damned shame:(

is that alfa romeo is look ugly no oofence

Turbo lost out to GT-R in acceleration because many of them ...

Facts have no authors. The test results are what they are. ...

Added non-road-legal tyre status and notice: "Vehicle was not on road-legal ...