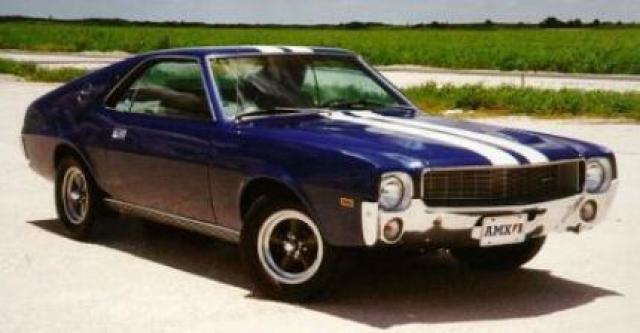 Oooh, I forgot about the Gearbox...

@Fangio Man
Most cars in the sixties had only four speed manuals (or three speed automatics), and they were geared for acceleration. They typically ran out of rpm and hit the redline around 110 or 115 mph. If they had developed five speed manuals back then, they could have had a higher top speed. Another issue with cars from the sixties in the U.S. is that the quoted horsepower is not to be trusted. SAE gross ratings just weren't reliable, and SAE net didn't get used until 1971 to 1972 depending on manufacturer.

I mean, this car has over 300 horses and is not very heavy, also I can not imagine its aerodynamic is that bad...

Well, this is an performance SUV, so I thought it would be appropriate to ...

Except a Taycan recharges in less than 1 hour. But it ...

Which would you take?

I have a question. Why was this site filled with gay ...

I honestly believe this is one of the only non-vapor ware ...

Corruption on Fastest Laps, surely not lol. But when it comes to acceleration figures ...