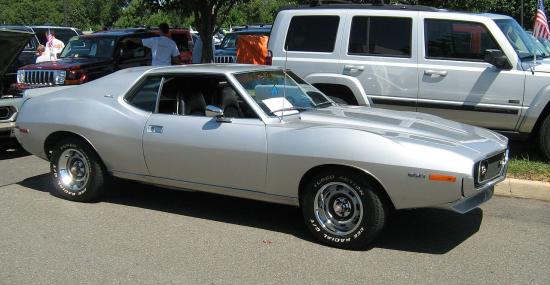 Stop using the vimulator as a source, it's total bull crap.

Formula One cars get ten stars for their acceleration and launch.

The fastest mass-produced Javelin in 1971.

@ Super8: It does bear a slight resemblance.

This is 401 and perhaps the fastest AMC in that day. The looks somehow very similar to 1970 Shelby GT500

@ Super8: What a breath of fresh air!, a real AMC Javelin AMX, not the 655 horsepower 440 C.I. twin turbo red herrings that Classics Dreamin has been adding. :D

The AMC Javelin AMX 401. This is the fastest Javelin in 1971. I hope site glitch will not erase this car again

Doesnt make any sense only way that standard CHIRON was rated 1369WHP Despite that ...