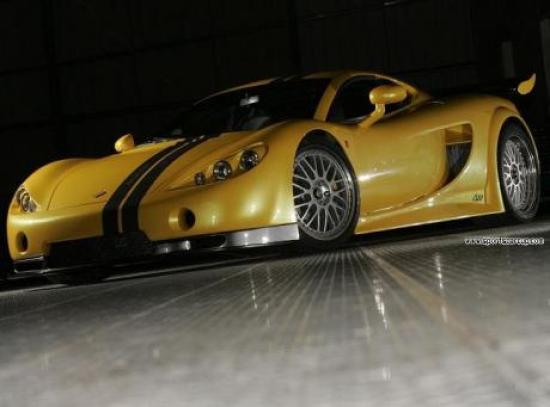 Ferrari Enzo vs Ascari A10

Ascari A10 vs Daihatsu Materia 1.3

Ascari A10 vs Gumpert Apollo Speed

This Car is Faster Than Ferrari Enzo on Straight Line.

I am amazed at your ZR1 hard-on. You have the biggest secret man crush of anyone on this site for the ZR1. You just can't stop posting about it, can you? Even on pages that the ZR1 is not being discussed at all, you have to bring it up. I see right through you now.

I made a comment here once that I loved BMW engines on this site and I got flamed! People (mostly Porsche fans) started talking about how crappy BMW engines are because of things like power/liter stats, etc. Is it just me or do Porsche fans always seem like they have something to prove? Maybe because their engines in the back of their car?

Anyways, I LOVE this engine. The sound of a BMW V8 is a beautiful thing. I realize that\'s entirely subjective, but that is MY opinion! I also realize that BMW\'s stats are almost never as high as a Porsche\'s for the most part. There\'s a reason for that, however, because they\'re in completely different categories.

Look at Mercedes for example, mostly Mercedes is a Luxury car market - with the obvious exceptions like the McLaren. BMW is a sports Saloon/Coupe (with a bit of luxury) Market - very few exceptions the focus is on a car that drives beautifully, but that you can LIVE with EVERYDAY. And Porsche is mostly in the Supercar Market. The 911 Turbo, 911 GT2, 911 GT3, 911 GT3 RS, etc are mostly meant to compete with Ferrari and Lamborghini - NOT BMW or Mercedes or Audi.

I completely respect Porsche as a company and the place they hold in THEIR market - supercar performance. HOWEVER, one cannot simply discount BMW just because they don\'t produce a factory supercar. I\'ve always said a BMW engine tuned to the extent that a Porsche or Ferrari or Lamborghini engine is, is a SCARY thing. and the A10 and

Does anybody have a price on this? and if so, is it worth it?

wtf? you just want the 0-60? there are so many tin cans (including r32s, r33s, r34s, ultimas) that could easily do that!! maybe some people want balance on a track and a car that doesnt blow up every time you turn it on!!

i know! having 1000 bhp in a gt-r would have absolutely no effect on handling or difficulty to drive!! it would easily get that power down on the nordschliefe where there is nowhere you can rely on power to go faster! even on the straight the enzo beat the ccx because of the higher corner exit speed! the rest of the track is so bumpy and twisty...... 7:20 at best.......

the acr isnt a tuner car, wha are you talkng bout?

It sounds to me like your wrong as the acr is a tuner and by the way whats your problem with hennesey tuning?? Are you scared of their 1000hp gtr!!! I would love to see that car at nurburgring!!! It would probably take that nurburgring time by a few seconds i would say!!!

Screw the Katech, the ACR took almost every car out there with ease except for a (few) exotics at the ring and that my freind is the ultimate test track. It took 7 sec off the GTRs best time, SEVEN SECONDS!!! Screw all the tuners, especially HENNESEY.

That particular ACR had some brake fade issues though. It's the first time I've heard of the issue in a Viper (let alone ACR), but the Katech's lighter weight would give it an advantage in that area that would be noticable in a multilap race.

apparently katech isnt as good as chevy, no tuners are ever as good as the real company. the heavier zr1 is actually noticeably faster than the katech much more usable at the limit and everyday and about same price... although its still not as intense as an acr :)

I'd agree that it's probably faster, but you can't be sure without tests.

The Viper ACR beat the Katech Z06 easily, and on paper the tuned Z06 was far better. 500 lbs lighter, better power/weight, gearing, aero. But the Viper was 2 sec faster on a 1:30 track.

i do believe its faster around the Ring than the ACR, with perfect condiditon and a professional race drive whos had plenty of laps to practice the ACR couldnt do more than a 7:10 at BEST! but remember there are plenty of more powerfull and lighter cars than the ACR and those cars have got they asses handed to them! but 7:00 flat is a bit optimistic, but nobody gonna take this thing to the ring cause its too rare and expensive!

if anyones wondering its a v8. anyways this is much faster than an acr, 600 lbs lighter, more power, better gearing and gearbox, even more downforce etc. this would probably do around 7:00 flat at the ring because its very close to a racecar. if an acr can do low 7:10s this could accelerate on the long and shorter straights and handle well enough to knock off about 10 seconds.

I'd agree with that. A race around the Ring between this and the Viper ACR would be interesting.

anybody got a guess on a Nurburgring time??

in windy conditions. I guess normally it's not much of a factor if its ...