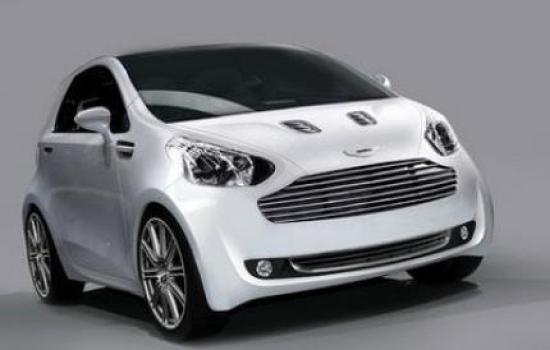 I would have to disagree there tech is out of date.

There just not supped up on performance as much as these other companys, sure, they may all look the same, but there not hindered in the pressure of performance, and speed, they still to this day make the most "Beautiful" cars you can buy and offer a connection from the car to you that feels different from anyone else.

You people laugh at Toyota IQ with AM styling and price for over 40K.

But what other Aston cars are? V12 zagato anyone? Which is Vantage v12 with restaled body. AM technology is out of date, and they priced it 3 times more than it should be and people still buy it.

So, Aston is building Smarts?! That is...

They took an IQ, restyled the front, rebadged it, and put some throw pillows in the back seat, then charged $44,000 for it, what a ripoff.

@Rockatansky: > At first Porsche made an SUV, now Aston presents this, what's next? A Multipla-based Ferrari minivan?

actually no a jeep grand cherokee based maserati suv (kubang) instead :P

sees this
sees it's an Aston Martin

Because for it's segment is not that heavy and not that underpowered (against Ferrari California, MB SL63)
The V8 Vantage on the other hand costs about the same as a 911 Turbo but is heavier and has almost 100hp less.
The DBS is also heavier and is 100hp less powerful than its closest competitor, the 599.

But you're right about the One-77, I forgot about that one.

This car makes me wish AM was still owned by a large company like Ford, so they weren't forced to do this. This is the kind of child you keep in the attic and don't tell anyone about. At least they aren't proudly displaying it (haven't personally seen any adverts).

@Mike B: WHere is the logic behind your statement. You say AM's are heavy and under-powered but then say "except the db9." Well, with the exception of the V8 Vantage, the DB9 is Aston Martin's weakest ( and one of their heaviest) cars.

SO if you meant what you said about only the DB9 not being heavy and underpowered, then you are essentially saying nearly none of the AM's are as you said.

Now serioulsly, this car is a living joke

How much does this cost in euros?

Don't worry . It's going to SUBZERO or the DB9 fridge

No, Aston makes heavy and underpowerd GTs, well, except for the DB9.

Actually it\'s a good way to show that you have Aston in your garage, but you are not \"fcuk fuel economy\" kind of guy. The price is not bad actually - not long ago option ceramic disk brakes cost about 30 grands. Consider this car as item from an option list for real Aston.

only available to existing Aston customers

They will probably use it as a luxury golf cart...

\"That\'s a good thing. They are preserving the exclusivity of the brand.\"

Noone else would buy this anyway.

only available to existing Aston customers

That\'s a good thing. They are preserving the exclusivity of the brand.

\"It\'s to comply with some EU emissions law for car manufactures. It\'s similar to CAFE requirements in the US.

Basically, a fuel efficient car balances the gas-guzzler cars that the company sells.\"

These laws won\'t help anyone. Having to develop and build this car will waste more energy than it could save.

At first Porsche made an SUV, now Aston presents this, what\'s next? A Multipla-based Ferrari minivan?

It\'s to comply with some EU emissions law for car manufactures. It\'s similar to CAFE requirements in the US.

Basically, a fuel efficient car balances the gas-guzzler cars that the company sells.

Why are they doing this? I don\'t think there is a gap in the market...

Its even slower than the Daihatsu Trevis. To be honest its suck!!

Its a shame for aston martin to made and add this car to her car list.